Ethical Today Ethical Today is your news, entertainment, lifestyle website.
Home Technology Why Ukrainian President Zelenskyy said on February 16 there would be war 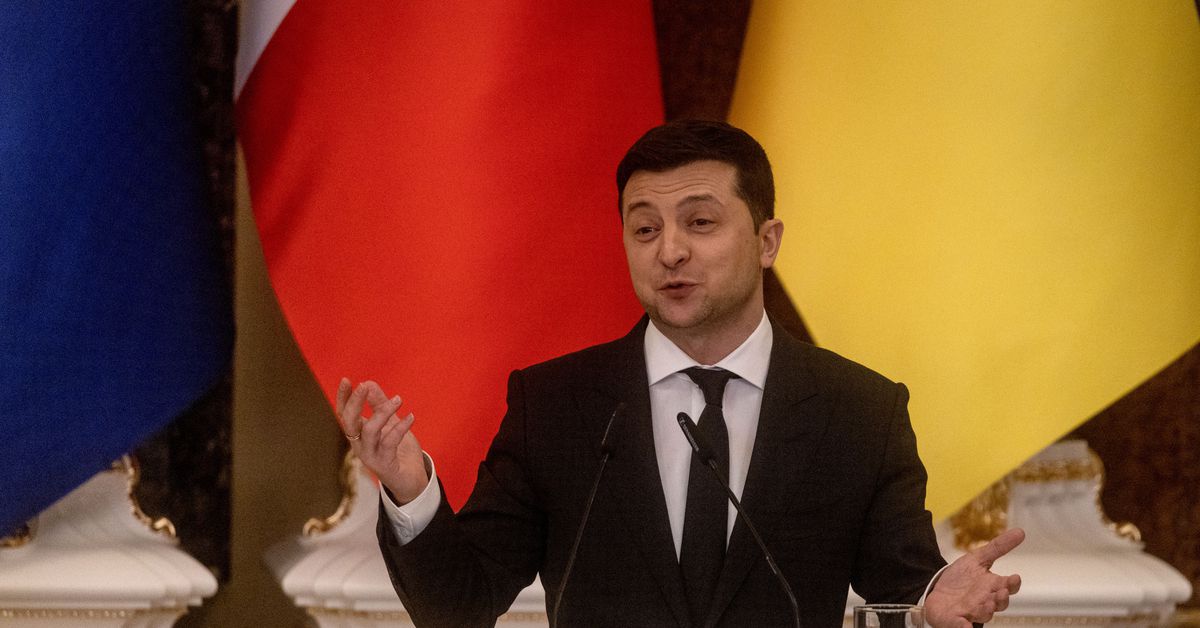 The war between Russia and Ukraine was supposed to start today, or maybe it was yesterday. Actually, the Ukrainian leader says Wednesday.

Monday afternoon, American news outlets startled markets when they reported that Ukrainian President Volodymyr Zelenskyy said in a video, “We are told that February 16 will be the day of the attack.” His spokesperson later clarified that he had been merely referencing other public media reports, and many journalists noted that Zelensky, a former comedian, was being sarcastic.

The mid-afternoon misunderstanding was the messiest episode in a string of frantic forecasts and much quieter walk-backs, as American and European officials try to surmise the next steps in a possible war — a war that may or may not happen.

Russia has gathered some 130,000 troops on the border with Ukraine and demanded certain concessions from the West to de-escalate. Moscow has denied intentions to invade, but diplomatic talks between Russia and the United States and its allies — including a phone call Saturday between US President Joe Biden and Russian President Vladimir Putin — have not yet yielded any solutions. Against this backdrop, the world is reading between every line along the way.

Among all of the confident predictions being made, it often feels like we’re in a situation where no one knows anything. Everyone’s an expert on when the ground freezes just enough to allow tanks to roll across the Ukrainian border — or maybe the muddiness factor doesn’t matter much anyway. Seasoned analysts are making predictions based on when Putin invaded Ukraine last time (days after the 2014 Winter Olympics in Sochi, Russia) or when he invaded neighboring Georgia (during the 2008 Beijing Olympics). Some prognosticators predicted that Putin would wait until after this year’s Olympics in order to avoid angering Chinese leader Xi Jinping. But on Friday, national security adviser Jake Sullivan said, “It may well happen soon,” which is to say, before the Games end.

This isn’t to say that nothing is knowable, just that it’s worth embracing some skepticism.

Zelenskyy’s particular date may have been a joke. But it was a revealing one: Everyone, including government officials, is operating with limited information, and even when they do have it, it can be used strategically or disingenuously to achieve their goals.

It’s worth embracing some skepticism

Ten days ago, the Pentagon told reporters that Russia was likely to “produce a very graphic propaganda video, which would include corpses and actors” as a pretext for war.

Biden’s team attempted to be transparent about the hair-trigger moment we’re in and show that the US is doing everything to avert war. Officials said they hoped disclosing this alleged false-flag operation would make it less effective, or stop Russia from doing it in the first place. But even when putting this information to the public, the Biden administration didn’t share receipts.

Price insisted that the very act of him briefing reporters on such intelligence was proof enough, but Lee pushed back. “I remember WMDs in Iraq, and I remember that Kabul was not going to fall. I remember a lot of things. So where is the declassified information other than you coming out here and saying it?” Lee asked.

A week later, Biden’s national security advisor Jake Sullivan said, “there is a distinct possibility that Vladimir Putin would order a military action and invasion of Ukraine in this window, in this time period, and that could include the time period before February 20th, before the Beijing Olympics have been completed.” Members of the White House press corps channeled Lee in pressing for evidence.

PBS news correspondent Nick Schifrin had gone viral an hour before with a tweet that predicted imminent war. “The US expects the invasion to begin next week, six US and Western officials tell me,” he wrote.

The US expects the invasion to begin next week, six US and Western officials tell me, as Secretary of State Antony @SecBlinken said last night.

Sullivan partook in the usual verbal acrobatics of deploying a lot of words but not saying a whole lot. “We are in the window when an invasion could begin at any time should Vladimir Putin decide to order it,” he said, but then went on to deny the tweet.

How did we get to a place where there are so many predictions and so little clarity?

Even the weather forecasters can get it wrong

It’s hard to predict things in the lead-up to a war.

Added to that general truism is a fact specific to this conflict: Putin has tight control of the Russian government and so many of the country’s media organs. There’s a reason why so many analysts are quick to say that no one knows what Putin, a former KGB spy, is thinking.

Misinformation abounds, and information is being used to tell stories that may not hold up. Russia is one driver of this. The Kremlin, during its invasion and annexation of Ukraine in 2014 and ever since, has engaged in asymmetric or hybrid warfare — that is, unconventional methods, like cyberattacks, sowing disinformation, targeting US diplomats, and more.

That disinformation campaign has reportedly ramped up in the last few months.

This time around, the US appears to be responding to that asymmetric landscape by sharing its own kernels of information, promoting them to news outlets with the cloak of anonymity, and doing what it can to defang the power Russia might hold in its deploying of hybrid warfare.

Now everyone is left trying to divine what comes next, tuning in to reports like one about supplies of blood being sent to the front lines of Russian troops on the border.

But even in this environment of open questions, there are a handful of things that we can say with certainty.

Everyone knows that if there is a war, it will be a disaster. It will reshape Russia’s role in Europe, and call into question the Biden team’s wherewithal to steer the ship of state in advance of the 2022 midterm elections. It could lead to a new hawkishness among Democrats and Republicans. And the deaths may number higher than the conflicts emerging from the 2014 Ukraine crisis or even the civil wars in former Yugoslavia in the ’90s.