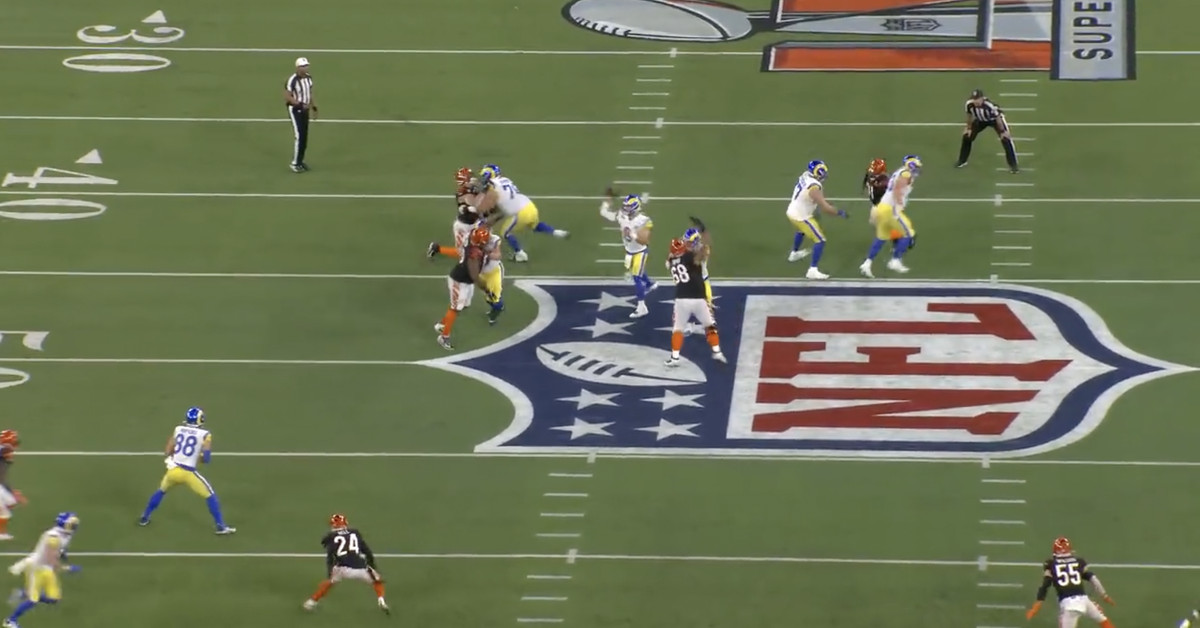 Matthew Stafford spent his entire career trying to resuscitate the Detroit Lions with little help around him until he was given a lifejacket in the form of an offseason trade to the Los Angeles Rams. Stafford was seen as the final piece of head coach Sean McVay’s purported ‘super team’ that was already full of veteran stars but lacked an elite QB. If Stafford could be a significant upgrade over former starter Jared Goff, the Rams were seen to have Super Bowl upside.

Stafford proved his value in the biggest moment of the biggest game of the season. The Rams trailed the Cincinnati Bengals 20-16 late in the fourth quarter of Super Bowl LVI. The LA offense had been stagnant throughout the second half, with McVay’s calls for running plays consistently failing to gain yardage. With the game on the line, McVay finally let Stafford cook, and he made the biggest throw of the game to give the Rams the lift they needed to win the Super Bowl.

With 3:06 left in regulation, Stafford dropped back to pass, appeared to stare down receiver Brycen Hopkins just long enough to freeze Cincy DB Vonn Bell, and then fired a rocket to Cooper Kupp for a 22-yard gain. Multiple replays confirmed that Stafford essentially threw a no-look pass and fit the ball into an extremely tight window for the biggest throw of the game.

Watch that top video in slow motion to see just how impressive this throw is.

It really was a no-look pass.

How about this angle?

The Rams took the lead for good later on the drive when Stafford found Kupp for a short touchdown. The Rams defeated the Bengals, 23-20, to win Super Bowl LVI.

What a final drive by Stafford. He waited his entire career for that moment — and he delivered.