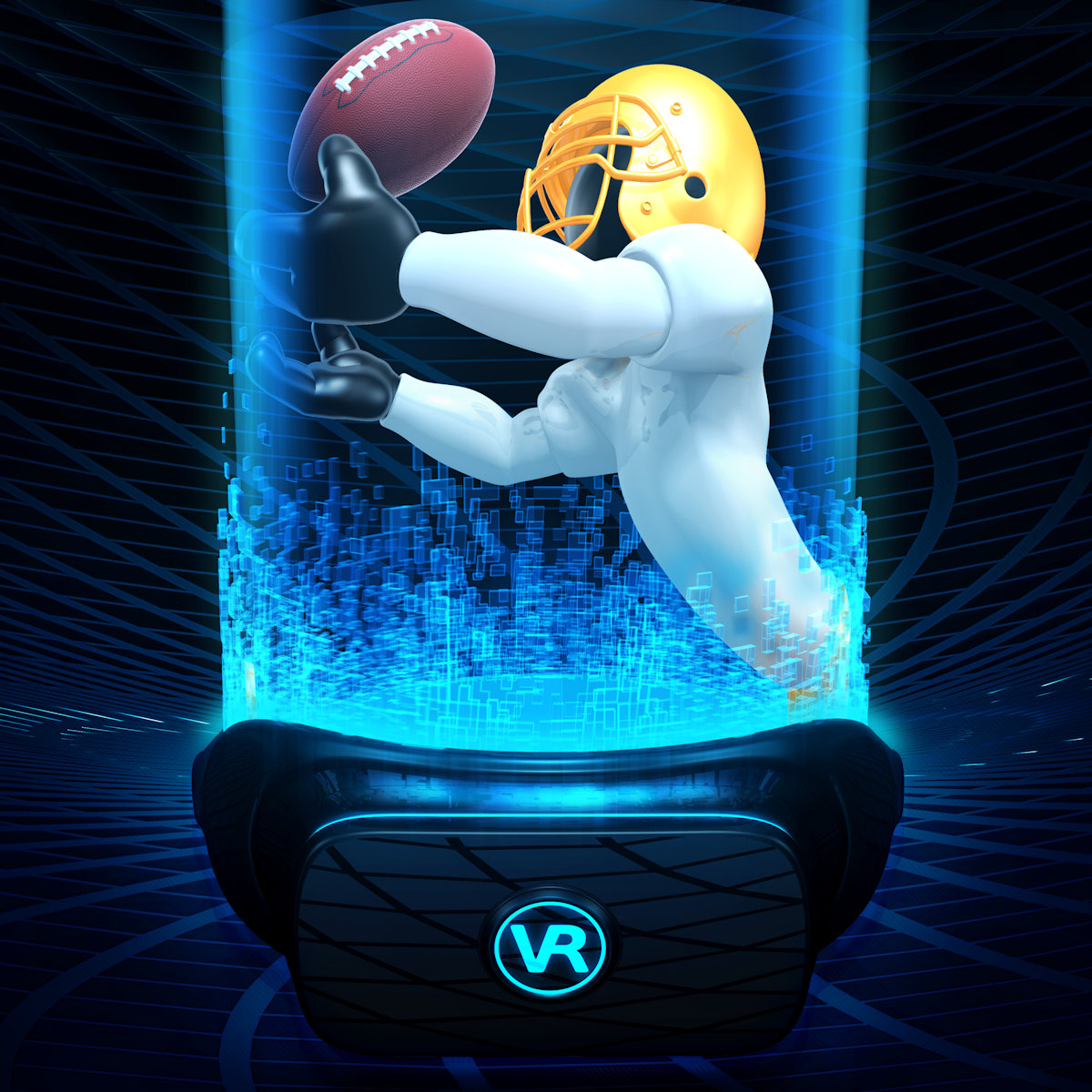 Meta, formerly known as Facebook, is already working with the NBA to broadcast NBA games for fans in the metaverse. Based on reported experiences of some users, the technology is in its infancy, but it demonstrates the promise of creating the kind of real-time, personalized, interpersonal experience of being at a game in the best possible seats and among the best possible company.

As this technology advances and finds its way into the NFL experience, we may see a decline in in-person attendance at average in-season games. Team owners who plan ahead, though, won’t be financially affected as they find unusual new ways to monetize the meta-viewing experience.

Competitive teams will still sell lots of actual, in-person $300+ tickets to die-hard fans, along with beers, nachos, and jerseys. But tens of thousands more fans will pay $50 for a meta-virtual second deck seat and proportionately more for seats closer to the field. At halftime, they might buy an official NFL-licensed NFT team jersey. These viewers may see ads during some of the breaks in the action, except for those viewers who bought premium skybox tickets or hold season tickets.

And when it comes to camera angles, there will be very few limits. Every player, coach, and official will have a helmet/hat cam with an audio microphone, capturing pretty much everything except play-calling in the huddle. Technology will be available to immediately scrub the audio to preserve G-ratings upon request.

We’ll need to get used to player helmet camera views. A few years back when the World Football League was experimenting with helmet cams, after a particularly hard hit, a quarterback’s helmet was knocked off his head, falling to the ground, creating the visual impression for many that the player had been decapitated!

Beyond helmets, though, cameras will also be at both points of the football. Quarterbacks who don’t throw spirals could make this a pretty troubling viewpoint, although gyroscope technology will limit that effect somewhat.

Drones have been used by NFL teams in many ways – except for recording game action. Among the future metaverse football viewing options will be quiet drone cams programmed to follow plays from either the offensive or defensive perspective, key players, or even sideline activity.

Metaverse inhabitants/avatars will have the option of experiencing an NFL game at the metaverse stadium or remotely at their meta-home or in another meta-viewing venue. Fans at the virtual stadium will likely key in on just a few game views to keep their experience more manageable and realistic.

Metaverse viewing parties will be a different story, though, as the presentation mixes these views in accordance with the wishes of the attendees. They’ll be able to watch a play live from the quarterback’s perspective and then the replay from the football cam as the ball soars to the receiver downfield and then from the back judge’s view as they call pass interference. Hosts will hire producers to adeptly switch back and forth among these views as details of the plays evolve both during and after the play.

Groups will rent out venues in the metaverse to watch the big game as a for-profit venture, to entertain clients, or raise funds for charity.

Adapting the Game to the Metaverse

To prevent all of the unique views and vantage points in a game from being wasted on metaverse fans, and much to the chagrin of NFL purists, the NFL will likely increase the time between plays from 40 to 60 seconds to allow for multiple vantage point replays. Official overseers “in New York” will also take advantage of these perspectives.

Other rule changes and practices will invariably be adopted to optimize the experience for metaverse viewers.

This combination of metaverse in-person/avatar viewing and the more expansive metaverse viewing party experiences can and will be replicated in most other sports. Faster-paced, less predictable sports will probably make the best use of it.

But even aficionados of the more gentile, predictable sports like horse racing and golf will want to be there in-person or in-avatar to see first-hand the event’s nuances, like saddling up and club selection as the action unfolds.