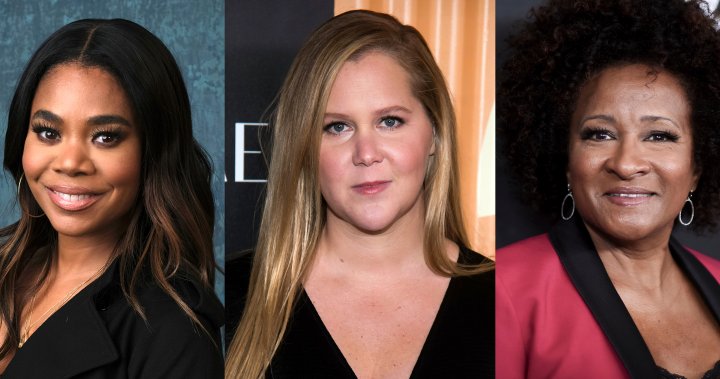 After three years without a host, the Oscars are making up for lost time with three hosts for this year’s awards: Amy Schumer, Regina Hall and Wanda Sykes are set to host the 94th Academy Awards, producer Will Packer said Tuesday.

Reports say that each actor will be responsible for one hour of the three-hour broadcast, airing live on ABC (and CTV in Canada) on March 27.

“This year’s show is all about uniting movie lovers,” Packer said in a statement. “It’s apropos that we’ve lined up three of the most dynamic, hilarious women with very different comedic styles.”

Packer has worked with Hall several times as the producer of films like Girls Trip, Think Like a Man and Little.

The show is hoping to rebound from the dismal viewership of last year’s broadcast, which was both an all-time low and the norm for pandemic-era awards shows.

In addition to bringing back starry hosts and bumping the best picture nominees to a set ten, the Academy is also hoping to spike interest through social media voting for a “fan favourite” movie that will be announced during the show, as well as a chance to win a trip to Los Angeles for the ceremony.

“We’re invigorated by Will’s vision for this year’s Oscars: celebrating movie lovers alongside moviemakers and spotlighting fan favourites that prove how cinema can unite us all,” said Academy President David Rubin and Academy CEO Dawn Hudson in a statement.

Craig Erwich, president, Hulu Originals and ABC Entertainment, added that they are “thrilled to have them at the helm to deliver an incredible show full of unforgettable moments and laughter.”