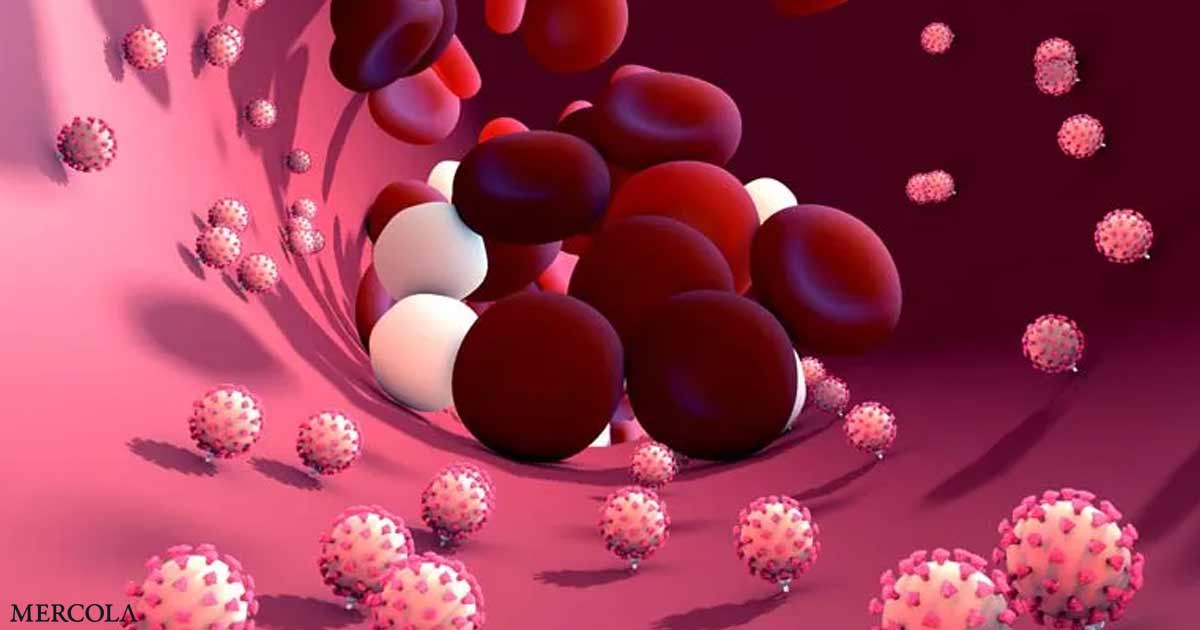 Historically, experts believe that food cultivation has been widely established for roughly 7,000 years.1 While many of today’s farmers have embraced the agribusiness evolution that took over U.S. farmland, there are some, like Amos Miller and his 4,000 customers, who believe the old ways are still the best ways. Unfortunately, as reported in this short video from Rebel News,2 the U.S. government does not agree.

In the last 100 years, there have been significant changes in the way farming is carried out. Most significant was the development of genetically modified organisms and chemical pesticides. In 1982 the FDA3 approved the first GMO product, which was developed to treat diabetes: human insulin. The first GMO foods available in the U.S. were alfalfa and sugar beets in 2005.

By 2015 the FDA had approved an application for genetically engineered salmon. Further bioengineered foods and plants include apples, pink pineapples and, in 2020, the GalSafe pig, which is a genetically modified pig that eliminates detectable amounts of alpha-gal,4 which is a sugar on the surface of pig cells that triggers a rare allergy.

As some applauded these scientific advancements, others began asking hard questions about how modifying genetic information and the application of large amounts of pesticides and herbicides will impact animal and human health. Miller5 chose to use farming practices that have successfully provided healthy food for thousands of years.6

The current story began in 2015 when Amish organic farmer Amos Miller found he had come under the microscope of federal officials from the USDA. The Food Safety Network7 has repeatedly headlined Miller’s plight. In fact, FSN is so enamored with the story that Miller has his own blog tag and pages of content covering the federal government’s issues with a farm that produces organic products, free of pesticides, herbicides and GMO products.

Miller was taken to court by the U.S. Justice Department at the behest of the USDA, according to David Gumpert.8 Miller became aware the USDA had issues with him in November 20159 when he was attending a Weston A. Price Foundation conference and had stored some of his raw milk products in the hotel coolers.

Five months later, in an unrelated incident, the CDC claimed they conclusively linked an “outbreak” of two cases of listeriosis to products from Miller’s Organic Farm. By 2016, the court allowed armed law enforcement officers to accompany the USDA Food Safety and Inspection Service (FSIS) investigators to the home and farm of known Amish pacifist Miller.

Gumpert10 reported that during these inspections, the USDA demanded the member’s food purchase records back to 2012.11 However, Miller refused and cited contractual requirements for keeping this information private.

Gumpert also noted that while Miller had assumed the investigation began from the CDC report of listeriosis, it was the National Organic Program within the USDA that launched an investigation of the Miller North Carolina food club in March 2015, long before the CDC reportedly linked the listeria “outbreak” to Miller’s farm.

Fast forward seven years to 2022, when Miller has found himself consistently under the USDA microscope for nearly seven years. In the most recent foray reported in Rebel News,12 armed federal employees again paid a visit to the farm located in the village of Bird-in-Hand, Pennsylvania.

Why Is the USDA Focused on Miller?

The government is again trying to issue hundreds of thousands of dollars in fines, which would essentially put the farm out of business. Rebel News13 calls this recent court-ordered armed threat “an attack on Amish religious freedom just 150 miles from Washington, D.C.”

Yet, the USDA’s potential motivation for wanting to shut down Miller’s farm doesn’t stop there. Not only does he not use pesticides, herbicides and GMO seeds, he also doesn’t rely on gasoline or fertilizer. In other words, as Rebel News14 points out, his bottom line is not affected by the war between Ukraine and Russia, which has not been the experience of others who don’t farm like Miller.

Federal agencies have resorted to using force and steep fines to make Amos Miller compliant. However, while the USDA calls Miller’s on-farm slaughtered meat a crime, Miller has been unable to comply with the rules since the area slaughterhouses are maxed out and cannot fit his livestock into their schedule.15

Miller has helped organize private food clubs where individuals can purchase dairy, eggs and meat from traditional farmers, and the DOJ seems intent on stamping them out. As Gumpert16 pointed out in 2021, there has not been an official decision about the right to purchase directly from farmers, a principle on which Miller stands.

Today, the farm has roughly 4,000 private food club members who pay a premium to get food from an independent farmer who doesn’t process meat and dairy at USDA facilities.

Government agencies and big businesses have a long history of working together. You only have to look at the revolving door between the CDC, FDA and Big Pharma,17,18,19,20 to understand this lucrative intimate relationship has a significant influence on policy development and chemical approval.

Another example is Biden’s choice for the head of the USDA, Tom Vilsack, who served in the position for eight years during the Obama presidency. The Center for Food Safety21 listed seven strong reasons against his nomination for secretary of agriculture, most of which were related to his ties to agribusiness.

Vilsack is known as “Mr. Monsanto,”22 which is likely related to his approval of pesticide-promoting GMO seeds and his approval of the herbicide dicamba developed by Monsanto, despite warnings from nonprofit organizations, farmers and scientists.

He believes Roundup “is critical to no-till farming, which increases soil carbon and protects water quality.”25 In other words, he believes dumping glyphosate on plants is essential for protecting water quality.

Ultraprocessed junk food peddlers are on the opposite side of the food coin. NOVA (a name, not an acronym) is a food classification system, designed by the Center for Epidemiological Studies in Health and Nutrition, that categorizes foods according to the extent they are processed.26

Studies assessing the impact of ultraprocessed foods on human health regularly use this system. Ultraprocessed foods are defined as industrial formulations with five or more ingredients that can include sugars, fats, salt, stabilizers and preservatives.

They include ingredients that are found only in ultraprocessed foods and are not commonly used in culinary preparations. The purpose is to “imitate sensory qualities”27 that either enhance flavors or disguise undesirable taste in the final product.

Despite mounting scientific evidence against it,31 organizations like the American Heart Association promote a plant-based diet including “convenient meatless foods you like, such as veggie burgers and vegetarian microwavable meals, on hand for a quick, meatless lunch.”32

Unfortunately, many of the options included in this plant-based diet do not come from the whole food produce section of the grocery store, but rather from fake food that carries many patents and is worth billions to the food industry. In 2021,33 experts estimated the market would exceed $162 billion by 2031 and in April 2022, Plant Based News34 announced that plant-based food sales had grown three times faster than total food sales, rising 54% since 2018.

While plant-based foods are touted as sustainable, better for the environment and healthier than organically produced meat and dairy, these foods also fit the classification of ultraprocessed food. The rise of ultraprocessed food as a dietary staple also threatens overall food security since many rely on processed fare from the grocery store.

There is a strong argument to be made against concentrated animal feeding operations (CAFOs) that have expanded over the last several decades. Unfortunately, these have become the predominant method of raising livestock. According to Sentient Media,35 these highly industrialized livestock productions “supply an estimated 72% of the world’s poultry and 55% of the world’s pork.”

For example, Jeff Hansen’s hog farm in Iowa produced over 5 million pigs in 2020 through his CAFO operation. Vox36 tells Hansen’s story of how he turned farming into a numbers game and then transformed the American heartland. This is not a rags-to-riches story people in Iowa are championing — unless of course you’re being paid to.

The environmental hazards that result from CAFO farms like Hansen’s are the result of the manure and urine buildup that must go somewhere. An excess amount of nutrients in waste lagoons37 leads to algae overgrowth in waterways, ultimately depleting oxygen in the water, killing fish and other marine life, and making the water unfit for use.

The industry claims manure from CAFOs can be used as fertilizer on the surrounding farmlands,38 often used to grow grain to feed the pigs. But this sends a steady stream of nitrogen and phosphorus into surface and groundwater and potentially spreads disease-causing organisms from the feces of animals that are fed antibiotics to keep them in confined spaces.39

Studies40 have demonstrated that MRSA is aerosolized outside and downwind of a pig CAFO, which bodes danger for those who are living near fields where the waste is being sprayed as fertilizer.

When it’s not in your community, it may be easy to overlook the human and environmental impact. However, people living in the immediate vicinity recognize many of the health effects that were documented in one study41 of North Carolina communities near CAFOs.

The researchers found that people who lived closer to hog CAFOs had a higher all-cause and infant mortality rate, higher hospital admissions, higher number of low-birth-weight infants and a greater number of people who died from kidney disease, septicemia, tuberculosis and anemia.

“CAFOs are not the inevitable result of market forces. Instead, these unhealthy operations are largely the result of misguided public policy that can and should be changed.”

The Western Journal describes Miller as “an Amish farmer who runs a holistically managed small farm in Bird-In-Hand, Pennsylvania, grows and prepares food in tune with nature, the way he believes God intended.”43

Yet, the federal government does not appear to agree with the 4,000 customers throughout the U.S. who want his meat, eggs and dairy products. As the Western Journal44 reports, the CDC’s finding in 2016 was from a 2014 outbreak of listeria. It isn’t not clear why it took the CDC two years to find the source, but what is clear is there have been no other complaints against the farm.

The Western Journal describes several of the regenerative farming practices Miller uses on his farm, “Miller practices rotational grazing on organic pastures, with the chickens following behind to eat bugs from the droppings. Whey-fed pigs then trample the fertilizer back into the earth.”45

Despite claims of sustainability by Impossible, makers of the Impossible Burger, a careful review of its 2019 Impact Report46 and other data47,48,49 reveal this soy-based “meat” actually causes greater environmental harm than organic grass fed beef production, which has net negative emissions after all relevant factors are taken into account.50

This means an integrated, holistic system of regenerative farming is six times more carbon efficient than the average CAFO.52 The same cannot be said for GE soy. Data show GE soybean and corn farms are a primary source of water53,54 and air pollution,55 and are primary destroyers of grasslands and forests.56,57

Regenerative grazing is actually a key activity required for the optimal sequestering of carbon dioxide from the atmosphere into our rangelands and pasturelands, while GE soy production is associated with resistant superweeds,58 super pests and uncontrollable cross contamination.

Taken together, these data prove that if sustainability and environmental protection are in fact priorities, then regenerative farming practices such as those used on the Miller farm are the way to go, not fake meat and junk food manufacturing.