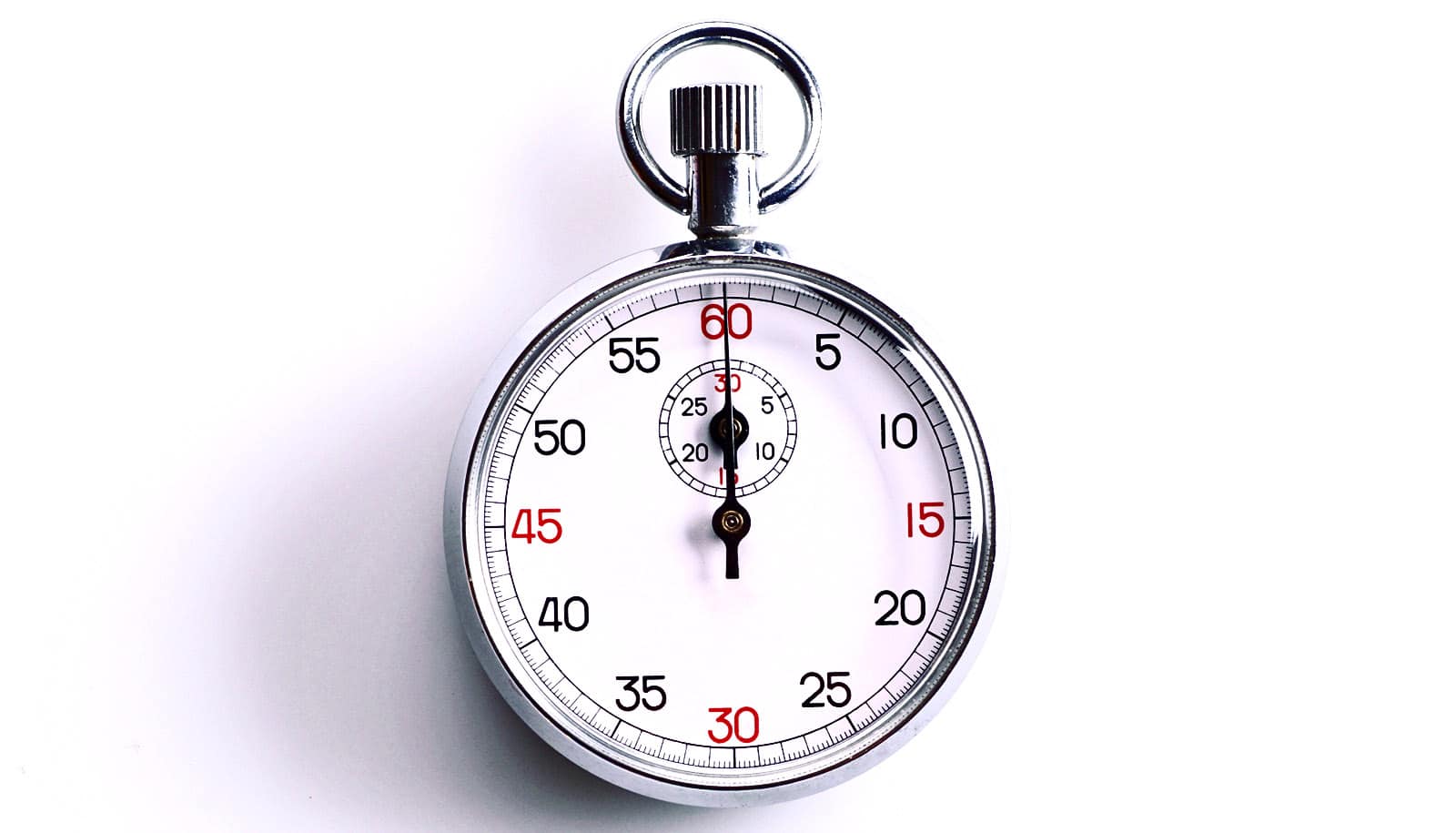 A new method allows for time-resolved measurements of electron motion in water clusters lasting only a few attoseconds.

The technique can be used for more detailed studies of water as well as faster electronics.

Virtually all vital chemical processes take place in aqueous solutions. In such processes, electrons are exchanged between different atoms and molecules and can create or break chemical bonds. The details of how that happens are difficult to investigate because those electrons move very fast.

Researchers led by Hans Jakob Wörner, professor of physical chemistry at ETH Zurich, in collaboration with colleagues at the Lawrence Berkeley National Laboratory have studied the dynamics of electrons in clusters made of water molecules with a time resolution of just a few attoseconds. Their results appear in the journal Nature.

In their experiments, the scientists studied how water clusters are ionized by a short laser pulse in the extreme ultraviolet. To that end, they first created clusters by squeezing water vapor through a tiny nozzle under high pressure. The energy of the extreme ultraviolet photons of the laser pulse then cause the release of one electron from the cluster. This leads to a vacancy, called a hole.

The release of the electron, however, does not occur immediately after the arrival of the pulse, but rather after a short delay. That delay depends on how the electron hole is distributed across the molecules of the cluster. “Up to now, the distribution of the hole could only be calculated theoretically, as the delay is far too short to be measured with traditional methods,” explains Xiaochun Gong, a postdoctoral researcher who was in charge of the project.

To be able to measure the extremely short periods of a few attoseconds, Wörner and his collaborators split up a very intense infrared laser pulse into two parts, one of which was converted to the extreme ultraviolet by frequency multiplication in a noble gas. They overlapped the two pulses and aimed both at the water clusters.

The infrared pulse modified the energy of the electrons ejected by the ultraviolet laser pulse. The oscillatory phase of the infrared laser pulse could be tuned very precisely using an interferometer. The number of ionization events, measured with the help of detectors, varied depending on the oscillatory phase. From those measurements, in turn, the researchers could then directly read off the ionization delay.

“Since we were able to determine the size of the original water cluster for each ionization event using a mass spectrometer, we could show that the delay depends on the size of the cluster,” says Saijoscha Heck, a PhD student in Wörner’s group.

Up to a cluster size of four water molecules the delay increases steadily to around one hundred attoseconds. For five or more water molecules, however, it stays practically constant. This is related to the high degree of symmetry exhibited by small clusters, which allows the electron hole to spread out across the entire cluster according to the rules of quantum mechanics. By contrast, lager clusters are rather asymmetric and disordered and hence the hole localizes on a few water molecules.

He is planning follow-up experiments in which he wants to resolve the dynamics of the electron hole both spatially and temporally using additional laser pulses. Wörner hopes that this will lead to a better understanding of how radiation damage develops in biological tissue, given that the ionization of water plays a dominant role in that process.

Wörner also sees various possible applications beyond research on electron dynamics in water. For instance, a profound understanding of the spatial extension of electron and hole states and their evolution in time is indispensable to developing faster electronic components.