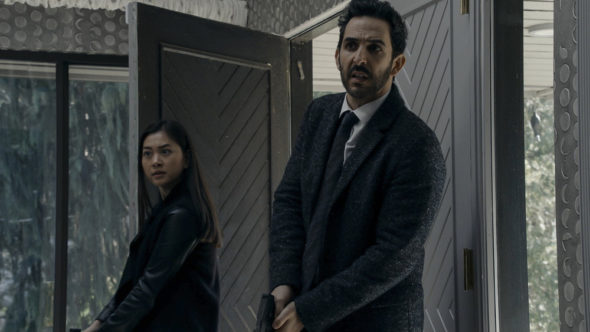 The Blacklist wrapped its ninth season on Friday night, and the episode saw the exit of two series regulars. Amir Arison and Laura Sohn will not return for season 10 of the drama. Arison has been on the series since the first season, and Sohn joined the series during season seven. Per Deadline, both characters took leaves for their own reasons.

John Eisendrath, showrunner of the NBC drama, said the following about Arison’s exit:

“Amir has been a huge part of The Blacklist family. He’s a great actor and an even better person. We wish him well and hope he can return to reprise the role for some very special episodes next year.”

James Spader, Diego Klattenhoff, Hisham Tawfiq, and Harry Lennix will return for season 10 of The Blacklist at midseason.

What do you think? Are you sad to hear about these cast exits on The Blacklist?