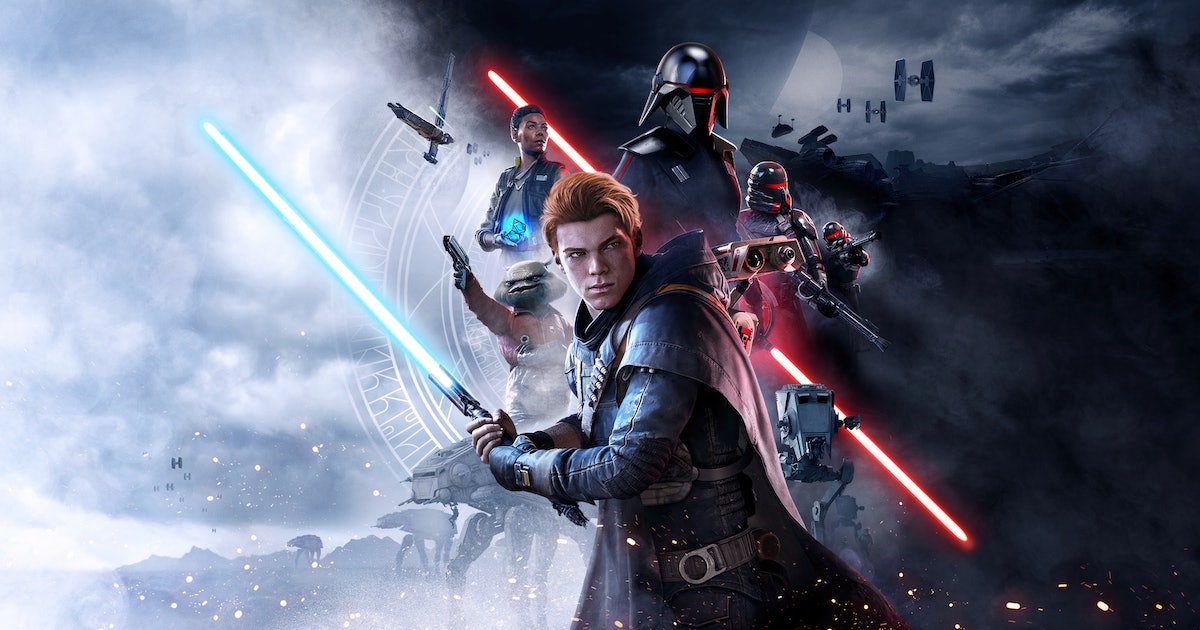 There are a lot of games to look forward to in the next few years for Star Wars fans, from sequels and remakes to brand-new adventures. Most upcoming games in the galaxy far, far away are still short on details, but what we know so far should be enough to get any Star Wars fan excited.

Of all the Star Wars games in development, we know the most about Star Wars: Hunters. Announced in 2021, a pre-release version of the game is available now in some countries, and it’s set for a full release in 2022. At launch, it will be playable on Android, iOS, and Nintendo Switch.

Star Wars: Hunters is a free-to-play multiplayer battle game starring original characters in the Star Wars universe. Like other team-based competitive games, each character specializes as either a Tank, Damage, or Support class. Multiple modes will be available at launch, including Huttball, a game that debuted as a side activity in the MMORPG Star Wars: The Old Republic.

The game is set between the events of Return of the Jedi and The Force Awakens, putting it in the same time period as The Mandalorian. Given that all the action takes place in a battle arena, it’s likely that it won’t deal too directly with canon events of the timeline, but that still leaves plenty of room for cheeky nods and Easter eggs.

Star Wars: Hunters is being developed by mobile developer Zynga, creator of Farmville, which started the process of being acquired by Rockstar parent company Take-Two Interactive in January 2022.

Star Wars: Knights of the Old Republic is perhaps the most revered Star Wars game ever, so the announcement of its remake was met with excitement from fans. The game takes place 4,000 years before the Star Wars movies when the Sith launched an attack aimed at wiping out the Jedi for good.

The original KOTOR was developed by BioWare, creator of the Dragon Age series. The studio won’t be in charge of the remake, which is being developed by Aspyr and Sony Interactive Entertainment. While the KOTOR remake’s release date hasn’t been announced, it will be a timed console exclusive on PS5 at launch, alongside a PC release.

According to its announcement, the KOTOR remake will rebuild the game “from the ground up,” but no specifics about its gameplay have been revealed.

Revealed at The Game Awards 2021, Star Wars Eclipse is an “action-adventure, multiple-character branching narrative game,” according to its website. It’s being developed by Lucasfilm Games and Quantic Dream, the controversial studio known for narrative adventures like Detroit: Become Human. It will feature multiple playable characters whose actions will change the events of the game’s story.

Star Wars Eclipse is set in the galaxy’s Outer Rim, a relatively lawless region that holds desolate planets like Tattooine. Don’t expect to see too many familiar faces as it’s set in the High Republic period hundreds of years before the Star Wars film series.

Upon its announcement, Quantic Dream and Lucasfilm Games said Star Wars Eclipse is “early in development,” so it’s likely still a few years from release. However, it does have a flashy, mood-setting reveal trailer.

After the success of 2019’s Star Wars Jedi: Fallen Order, a sequel was all but guaranteed, so it was no surprise when a follow-up was announced in January 2022. Publisher EA didn’t specify how far along in development the game is, so there’s no telling exactly when its release date will be, though late 2022 or early 2023 wouldn’t be out of the question. It’s all but certain to launch on PS5, Xbox Series X/S, and PC, but whether it will come out for last-generation consoles is up in the air.

Star Wars Jedi: Fallen Order centered on a quest to rebuild the Jedi Order between Darth Vader’s rise in Revenge of the Sith and the Rebel Alliance’s counterattack in A New Hope. It’s likely that the sequel will follow the same thread, perhaps with Cal Kestis and the rest of the crew seeking other potential Jedi to keep them safe from the Empire.

Gaming industry insider Jeff Grubb has said more news about the game could come on May 4, or during Star Wars Celebration 2022, which begins May 26.

Star Wars Jedi: Fallen Order 2 developer Respawn is also working on a first-person shooter in the Star Wars universe. Beyond that, almost nothing is known about the game, including its title. Former LucasArts VP of development Peter Hirschman is directing the game, which is reportedly early in development. With several years to go before its expected release, it’s likely that the new game will be exclusive to current-gen consoles and PC.

The third and final Star Wars game under Respawn’s oversight is a real-time strategy game. For the game, Respawn is working with the newly formed Bit Reactor, headed by XCOM 2 art director Greg Foertsch. Bit Reactor is developing the game, with production and publishing support from Respawn. Like Respawn’s FPS, the untitled strategy game isn’t expected for several years.

Ubisoft announced its open-world Star Wars game in early 2021, but we still know next to nothing about the game. Development is being handled by Ubisoft’s Massive Entertainment, which previously made The Division, and the upcoming Star Wars game will use the studio’s proprietary Snowdrop engine. Julian Gerighty, director of The Division 2 is heading development.

While no gameplay details have been revealed, Ubisoft’s open-world games tend to stick to a fairly rigid formula. There’s no telling if it will be repeated for the Star Wars game, but series like Far Cry and Assassin’s Creed could indicate that a massive map full of optional objectives and enemy fortresses to liberate are likely to make an appearance.

The most recently announced Star Wars game is also the most mysterious (and maybe the most exciting). The untitled game is described as “a narrative-driven, action-adventure game.” Development is being helmed by Amy Hennig, a game industry veteran who worked on massive hits like Legacy of Kain and Uncharted. Hennig previously led development on a Star Wars game codenamed Project Ragtag for EA before the game was canceled.