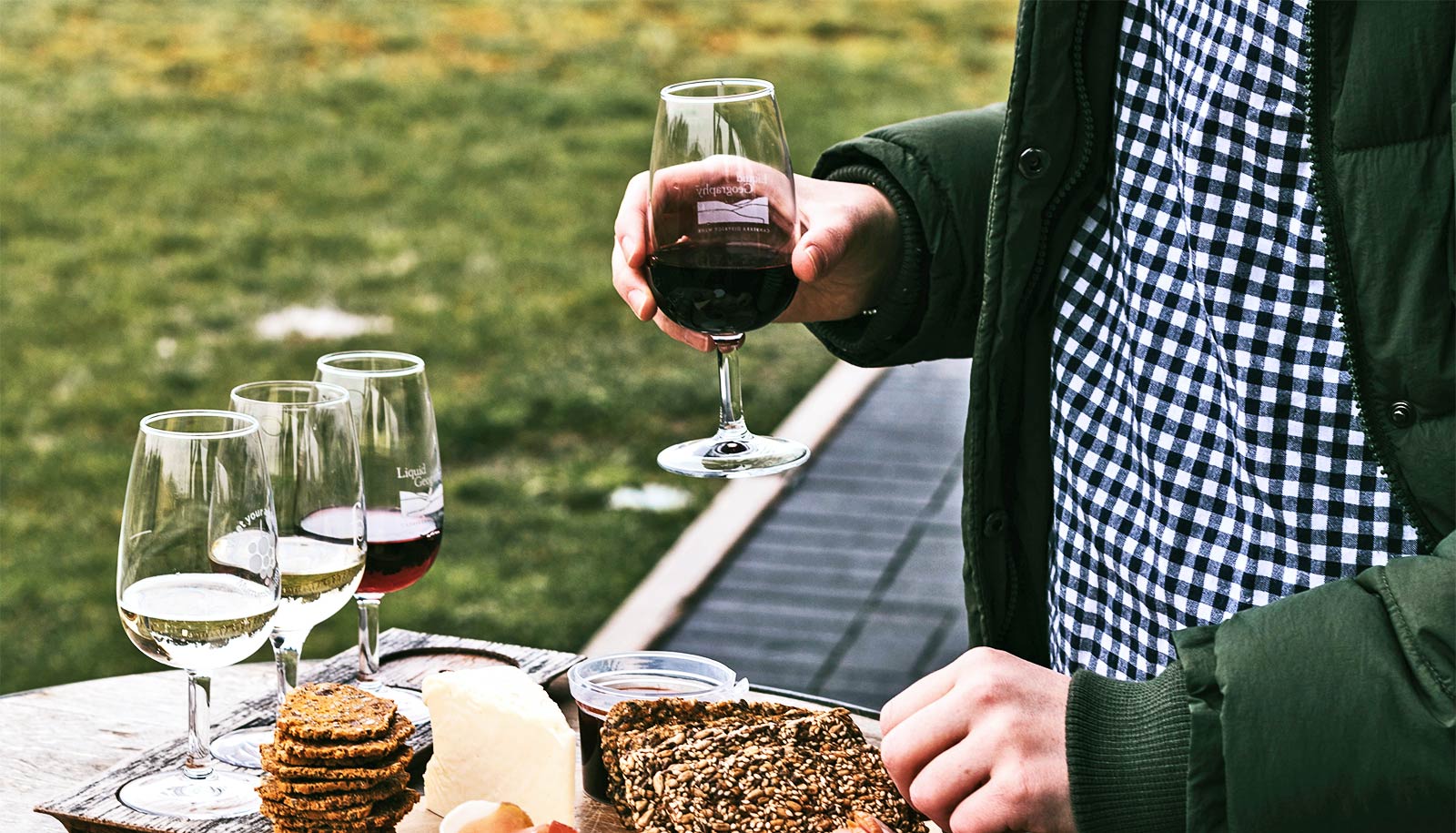 Drinking a little wine with dinner may help lower risks of developing type 2 diabetes, according to a new study.

Researchers examined the effect moderate drinking may have related to new-onset type 2 diabetes among nearly 312,400 adults from the UK Biobank who self-reported themselves as regular alcohol drinkers.

During an average of nearly 11 years of follow-up, about 8,600 of the adults in the study developed type 2 diabetes.

“The effects of alcohol consumption on health have been described as a double-edged sword because of its apparent abilities to cut deeply in either direction—harmful or helpful, depending on how it is consumed,” says study author Hao Ma, a research fellow at the Tulane University Obesity Research Center and the Tulane Personalized Health Institute.

“Clinical trials have also found that moderate drinking may have some health benefits, including on glucose metabolism. However, it remains unclear whether glucose metabolism benefits translate into a reduction of type 2 diabetes,” he says.

“In our study, we sought to determine if the association between alcohol intake and risk of type 2 diabetes might differ by the timing of alcohol intake with respect to meals.”

A study limitation is that most of those participating were self-reported white adults and of European descent. It is unknown whether the findings can be generalized to other populations.