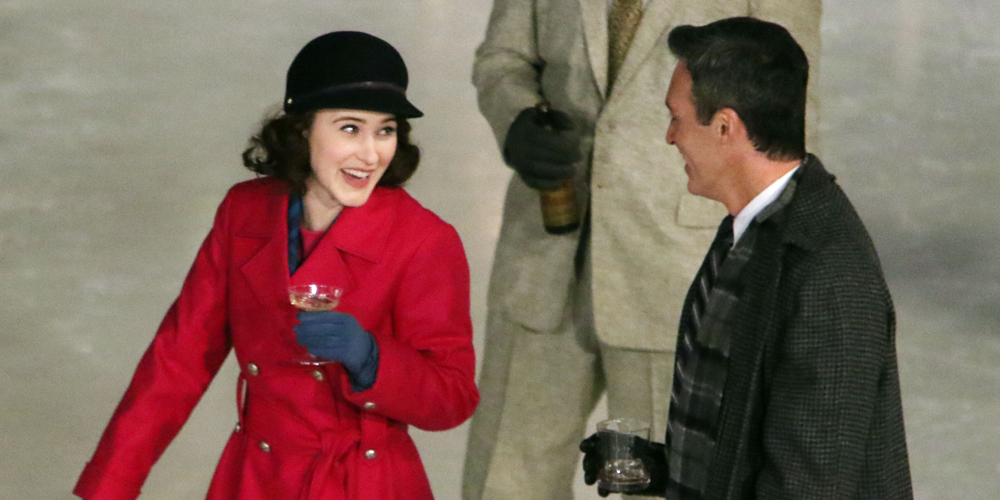 Rachel Brosnahan tries to help Reid Scott up from the ice after he slipped while filming The Marvelous Mrs. Maisel in New York City on Thursday night (March 10).

The two stars were seen skating around Rockefeller Center shooting scenes for the upcoming fifth season of the show.

Rachel and Reid were also seen sharing a sweet kiss on the ice, too!

It was announced just last month that the upcoming fifth season would also be the final one.

“This series has meant so much to Prime Video and the effects of its success will be felt long after its final season. I can’t wait for fans and our worldwide Prime Video audience to savor each moment as we embark on the culmination of this groundbreaking and unforgettable series,” Jennifer Salke, head of Amazon Studios, said in a statement.

If you missed it, Rachel recently opened up about having stress dreams about the show. Here’s why…