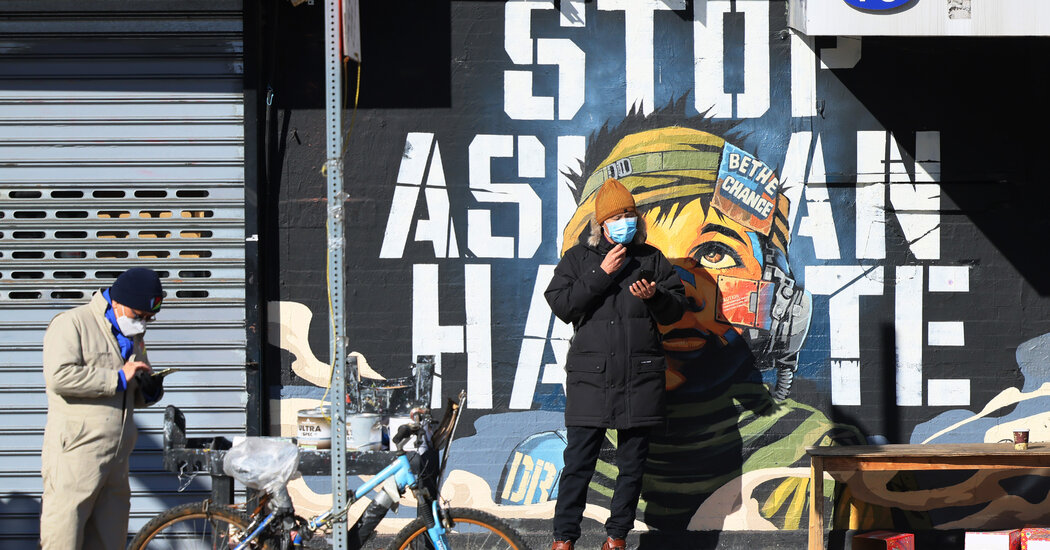 People in the United States who belong to racial and ethnic minority groups reported experiencing Covid-related discrimination far more often than white people during the pandemic, and far more often than had been estimated, according to a new study that is one of the largest to date on the issue.

The study, from the National Institute on Minority Health and Health Disparities, a division of the National Institutes of Health, found that members of minority groups were more likely to report instances of being harassed or threatened and situations in which other people treated them as though they might be carrying the disease. People of Asian ethnicity, who have been victims of several high-profile bias crimes during the pandemic, reported the highest rates of being taunted by racist comments, insults, threats and name-calling related to Covid.

But they weren’t alone: Members of other major racial and ethnic groups — including American Indian/Alaska Natives, Black people, Hawaiian and Pacific Islanders, Latinos and multiracial people — also said they had faced discrimination, and that they had seen people acting afraid of them.

“While we expected to see that discrimination was prevalent, it was way more prevalent than previously estimated — and double the prior estimates for Asian Americans,” said Paula D. Strassle, the paper’s lead author, who is a staff scientist at the institute.

While other reports estimated that 20 percent of people of Asian ethnicity had experienced Covid-related bias, the new report found that 30 percent of that group had experienced such discrimination, while 44 percent had seen people act fearful around them. American Indian/Alaska Natives and Latinos reported similar rates of discrimination and fearful behavior, while multiracial survey participants as well as Hawaiian and Pacific Islanders reported similarly high rates of fearful behavior in others. Of all minority groups, Black and multiracial people reported the lowest rates of Covid-related discrimination, though many said they perceived fearfulness.

Those who spoke little or no English and less educated people also reported facing more Covid-related discrimination. And survey participants in Alabama, Kentucky, Mississippi and Tennessee reported relatively higher rates of discrimination than in other parts of the country.

Overall, 22 percent of those surveyed reported experiencing Covid-related discriminatory behavior, and 43 percent said people had behaved as though they were afraid of them.

The study, whose findings were published in the American Journal of Public Health on Wednesday, was based on the CURB (Covid-19’s Unequal Racial Burden) survey, an extensive survey of a nationally representative sample of 5,500 adults. The survey was conducted online from December 2020 to February 2021.

The results suggest the pandemic has worsened resentment of and bias toward members of minority communities, Dr. Strassle said, adding that future analyses would examine the effects discrimination has on mental health and on people’s willingness to seek health care.

“We need to be mindful of the additional effects that occur during a pandemic, beyond the infection and the health crisis,” she said.