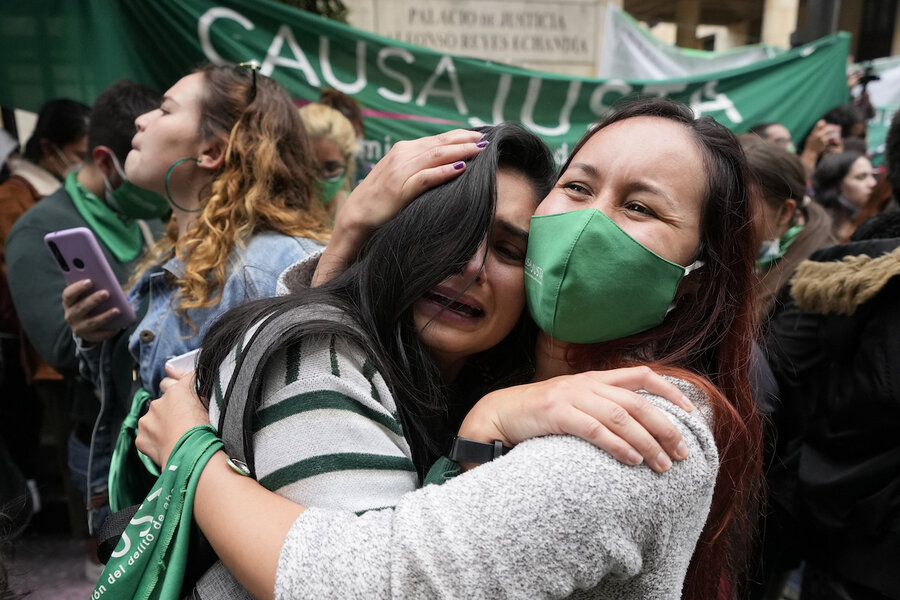 Colombia became the latest country in Latin America to expand access to abortion Monday as the nation’s Constitutional Court voted to legalize the procedure until the 24th week of pregnancy.

The decision by the tribunal of nine judges fell short of the expectations of pro-choice groups that had been pushing for abortion to be completely decriminalized in Colombia. But it was nevertheless described as a historic event by women’s rights groups, which estimate 400,000 women get clandestine abortions in the country each year.

Before the ruling, Colombia allowed abortions only when a woman’s life was in danger, a fetus had malformations, or a pregnancy resulted from rape.

Backed by five of nine judges, Monday’s ruling means women in Colombia will be able to get abortions until the 24th week of their pregnancy without having to provide any justification. After the 24th week of pregnancy, abortion will still face restrictions.

“We were trying to get the complete decriminalization of abortion … but this is still a historic step,” said Cristina Rosero, a lawyer for the New York-based Center for Reproductive Rights, an advocacy group that was one of five organizations that filed a lawsuit in 2020 to get the high court to review Colombia’s abortions laws.

The lawsuit argued that restrictions on abortion discriminated against women from low income areas for whom it was harder to get legal abortions, because they had less access to doctors, lawyers, or psychologists who could help them prove that carrying out pregnancies would put their health at risk.

Ms. Rosero said the changes made to Colombian law will now make it easier for people of lower income levels to access safe abortions.

“Our challenge now is to ensure that this ruling is implemented,” she said.

Elsewhere in Latin America, Argentina, Uruguay, and Cuba also allow abortions without restrictions until certain stages of pregnancy, while in Mexico a supreme court ruling recently said that women cannot be tried in court for terminating their pregnancies.

Latin America is also a region where some countries prohibit the termination of pregnancy without exception, like in El Salvador, Nicaragua, Honduras, and the Dominican Republic.

In Colombia, where a majority of the population identifies as Roman Catholic, abortion has long been a controversial issue. Judges met several times to review the lawsuit filed by women’s rights groups without voting on it. Meanwhile pro-choice groups waving green flags faced off against pro-life protesters dressed in blue.

Jonathan Silva, an activist for the pro-life group United for Life, said he was surprised by Monday’s decision. “We don’t understand how this happened” he said. “But we will have to stage protests and call on members of congress to regulate abortion.”

A poll conducted last year in Colombia said that 25% of people considered abortion a crime, while 42% disagreed with that statement. In Colombia, women who get illegal abortions can face up to three years in prison.

This story was reported by The Associated Press. Material from the Thomson Reuters Foundation was used in this report.