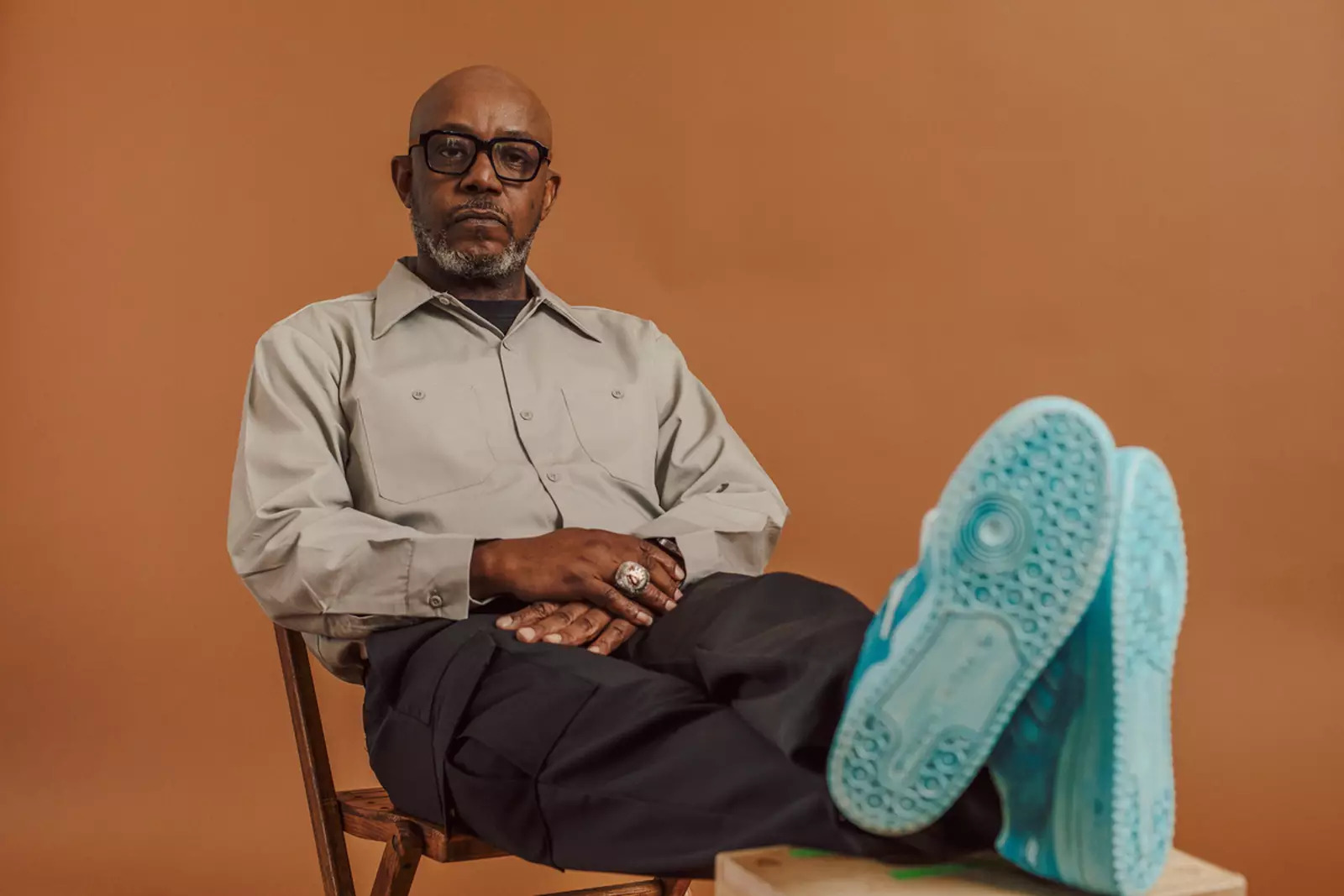 Toledo, Ohio-based designer, Darryl Brown teamed up with Adidas Originals to salute workers at this past weekend’s NBA All Star weekend in Cleveland as part of the “Made Possible” campaign.

This collaboration brings attention to the workers who ensured this past week’s long-anticipated NBA All-Star Weekend was possible. Brown, the founder of clothing brands Darryl Brown and Midwest Kids, will release a lookbook that showcases the stadium’s workers outfitted in his gear from his eponymous label and shoes from the Three Stripes. The collection is filled with neutral-colored premium workwear that reads, “Made Possible By Darryl Brown Co.”

Select apparel shows a pop of color, while the shoes also appeal to the eye.

“All-Star Weekend is a moment full of glitz and glamor, but no one takes the time to talk about all of the people behind the scenes that pull everything together, the countless ‘unknown’ individuals who make sure our entertainment is met with a seamless experience, and that’s my intent with “Made Possible,” Brown said.

“This is an All-Star moment for the arena workers too, they’re the soul of the NBA and the fuel that keeps it running.”

The modern workwear designer took pride in leveraging his blue-collar background and his Midwest roots to create this campaign. While basketball lovers and celebrities travel to celebrate the athletes, Brown wanted to capture and chronicle the strength and resilience of real people and real life in Cleveland.

“Last time All-Star weekend was here [Cleveland] was like 20 years ago. So I’m just super excited to not only be doing all these cool activations and releases and stuff, but just to have the support of somebody like Adidas behind me. We’re in All-Star weekend, and around all my peers and people that I grew up with since I was a kid,” Brown shared, according to Esquire.

“For them to be able to see me in this capacity is pretty cool, it’s almost like I’m a creative All-Star myself for my city, area, region, and such.”

Check out some of images from the “Made Possible” lookbook below: