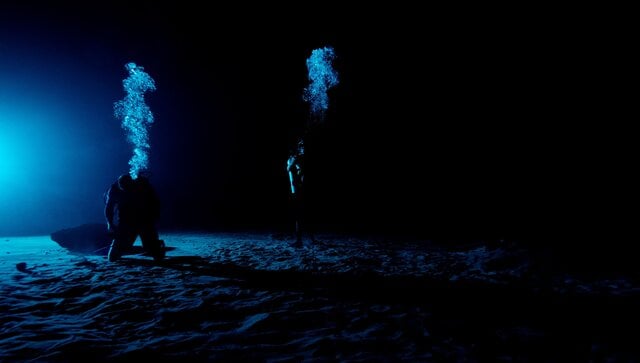 National Aeronautics and Space Administration (NASA) often posts stunning pictures of the universe on its social media account. But this time, the agency has posted some images of divers “at the bottom of a very dark swimming pool”, training for NASA’s upcoming Moon mission.

The images, which take viewers behind the intense preparation involved in sending people to space, has left social media users intrigued.

The images were taken from a recent test held in the Neutral Buoyancy Laboratory at NASA’s Johnson Space Centre. The images show a group of divers moving about in almost pitch-black conditions. The images were shared three days ago, on 6 February.

According to NASA, these tests aim to prepare astronauts for future missions by exposing them to conditions that mimic those on the Moon, such as lunar terrain, suit mobility and one-sixth gravity.

NASA also gave a detailed explanation of how it is creating an environment similar to the Moon’s South Pole, where the agency aims to send its upcoming Artemis mission. At the South Pole of the Moon, the Sun will only be a few degrees over the horizon, which will create long, dark shadows. To create a similar environment, divers “turned off the lights, put up black curtains on the pool walls to minimise reflection, and used powerful underwater lamps to simulate the environment astronauts might experience on lunar missions”.

The sand visible in the images is common pool filter sand, mixed with some other specialised materials, as per the agency. NASA also stated that the present test was with divers in scuba gear to get the lighting conditions accurate. The agency will soon conduct tests using space suits in the low-light environment.

Since being posted, the images have been liked over 984,000 times. Several social media users have called the pictures “spooky”, while others have praised the agency for the stunning images.