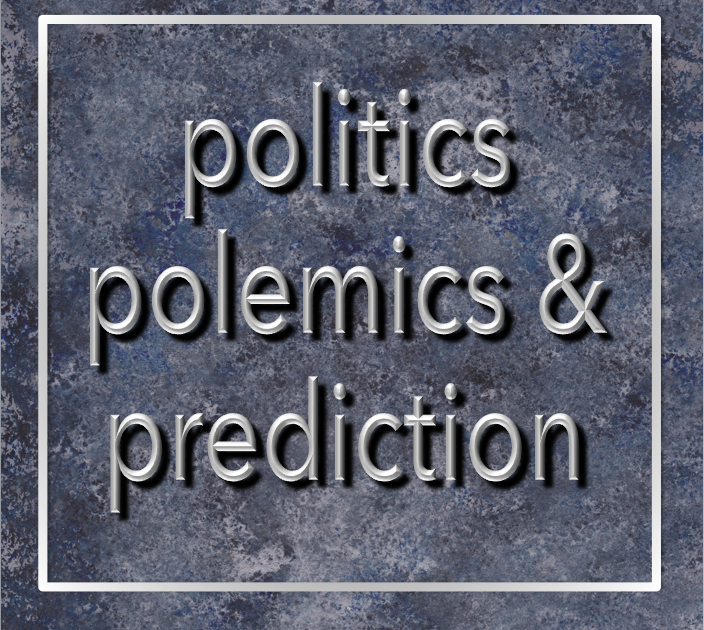 First, an item from the news.
So, only the Cheneys sat on the right side of the Aisle as every Republican member of the House boycotted… um, found ‘important business elsewhere’… when the House met to memorialize the officers killed by the rioters on 1/6/21.
When the Cheneys – who stole billions from us in the Great Iraq Logistics Scam that was the sole real purpose of the Second Saddam War – say THEY have had enough of the Trumpist nightmare they helped create?
Sigh, history repeats. Like the Prussian “Junkers caste” lords who in the 1920s were SO sure they could ‘control’ the brown shirts they had subsidized. And around 1936 started murmuring: “what have we done?”
Heed this from The Sorcerer’s Apprentice, from Johann Wolfgang von Goethe:
Oh, here comes my master! Help me Lord, I plead!
Spirits I have conjured, no longer pay me heed.
See “So you still think you can control them?” from Cabaret.

It’s ‘prediction season’ again! For example Mark Anderson of the Strategic News Service has one of the most brilliant predictive success records around. See Unveiling SNS’s 2022 Predictions.

I’ve dribbled-out my own across the years and have written extensively about the need for predictions registries and the use of wager demands to hold blowhards accountable.

But for years I’ve gone on record in many places calling 2023 the Year of the Flying Car… though at first it will likely be hobbyists away from town… plus licensed air-limo services in cities. For the Rich, of course. And watch how that works out!

One of my better recent items: “Repairing the World: is that creative, preserving power in human hands?” I am interviewed by the legendary John Elkington for Green Swans Observatory. (October 2021).  A PDF transcription is available. 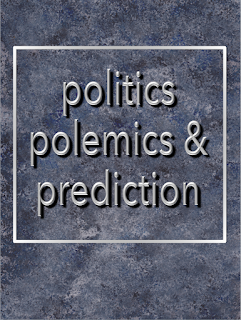 I participated in this report by the World Economic Forum on Positive AI Economic Futures. “Many computer science experts believe that, in this century, machines will be able to do most tasks better than humans. Given these sorts of predictions, it is important to think about the possible consequences of AI for the future of work and to prepare for different scenarios. Continued progress in these technologies could have disruptive effects: from further exacerbating recent trends in inequality to denying more and more people their sense of purpose and fulfillment in life, given that work is much more than just a source of income.”

One of my most biting essays about politics and economics has been updated and reposted on The Street. As is my wont, I pause often to demand wagers, e.g. whether Supply Side/Thatcherism ever made a successful prediction of positive outcomes. No one ever steps up to bet, proving the cowardice of adherents of that mad cult… but also the polemical stupidity of Keynesians, for not using this simple method to highlight who’s been right a lot… vs. who is always, always wrong.

Oh, any guesses why the Street folks chose to conclude the essay with an image of the grave of Karl Marx?

“Former White House strategist Steve Bannon on Monday dug in on this threat that Donald Trump-loyal “shock troops” will move to “deconstruct” the federal government﻿ the minute a Republican takes over the Oval Office again.

Everyone (it seems) gets this backward. It’s accepted that our fact professions – from science/teaching/journalism/medicine to the ‘deep state’ intel/military officers – are attacked by the Mad Right in order to prevent action on climate change.

Instead, climate denialism… and anti-vax and the rest … are agitprop used to rile up confed/MAGAs, getting hem to aim their resentment at ‘elites’ of knowledge, rather than the elites of money/lordship who are actually stealing from those poor schlumps. In other words, oligarchy is applying exactly the same trick used by plantation lords in the 1860s to get a million poor whites to march and die for their class oppressors.

Just watch Fox for a while or listen to Sinclair radio (kremlin) jocks. Vastly more time and energy is spent explicitly attacking nerds in the various fact professions than explicitly attacking races/genders etc. Make that a wager. Moreover, there’s a reason for that. While disempowered victims (races/genders/the poor etc.) are hurt most by Mad Right policies, they are not the ones standing in the way of oligarchy’s current putsch to grab all world power.

(Think. The powerless aren’t the chief worry of the powerful. That is a tautology.)

The empowered clades who are blocking that ambition are the fact and knowledge professions. Including law and civil service and the officer corps and above all scientists. Discrediting the boffins is among the very top oligarchy priorities.

Hence, the anti-vax ‘movement’ and denialism and all that are inexplicable except in this context, where it suddenly becomes clear WHY the Foxites are deliberately killing thousands of their own followers with a campaign to divert them away from life-saving medicine. If they did not have climate denialism and anti-vax and abortion, they would have to concoct some other cult mythologies to use in the war on nerds.

Stop fracturing the coalition to save democracy and the enlightenment! See “Democracy Cannot survive the fracturing of the Democratic Coalition” by Ian Bassin in The Bulwark: “In the early days of the first Trump presidency, our organization cohosted a “Summit for Democracy” at which the keynote speakers were a Democratic senator, a Republican senator, and opposition leaders from Russia, Poland, and Egypt who had experience facing off against autocrats. At the end of the event, the foreign opposition leaders were asked to each give one piece of advice to Americans now facing the specter of authoritarianism.

The Polish MP Agnieska Pomaska said this: “Don’t let the opposition fracture.” Her advice was born of experience. In Poland, the increasingly autocratic ruling party, Law and Justice (PiS), initially rose to power in 2015 on only plurality support (35 percent in the first round of voting) because the opposition could not stay united. In Hungary, the autocratic Fidesz Party managed to translate its own plurality support into legislative supermajorities in large part because the Hungarian opposition fractured in the lead-up to both the 2014 and 2018 elections. Once in power, both PiS and Fidesz then engaged in a program of dismantling democratic institutions and checks and balances. …” 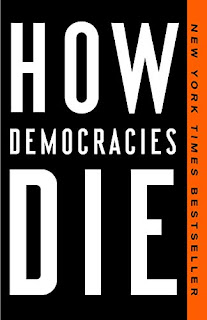 The conclusion of the Bulwark article: Bassin notes, “In their book How Democracies Die, the Harvard scholars Steven Levitsky and Daniel Ziblatt compared four countries’ experiences in interwar Europe. In Belgium and Finland, far-right extremist parties gained some traction after World War I. In both countries, the center-right united with the left to block those anti-democratic parties from ascending further to power.

In Italy and Germany on the other hand, the center-right in both cases chose not to do that, and instead sought to co-opt the political appeal of rising far-right movements by incorporating them into their ranks. We all know what happened next. Thus far, most pro-democracy Republicans have chosen to try to tame, or co-opt, the rising authoritarians in their midst. This is a mistake. Stopping the next authoritarian attempt will require a broad, united opposition. This unity of purpose is more crucial than any legislation.”
.