A horror board game triggers a Lovecraftian obsession; by James Rumpel. 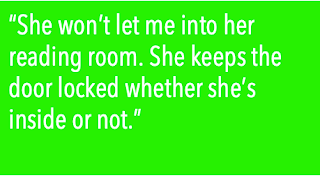 Grace hesitated, surveying the cards scattered around the table. Finally, she laid down a card and announced. “I’m going to attack the monster thingy…”

“I’m going to attack the demon spawn,” Grace continued. “I think this card gives me a plus two for the attack.”

Her husband, John, smiled. “For the twentieth time, just look in the upper left corner. You get a plus for each attack symbol there.”

“Are you using your sword?” asked Zach.

“So, then you are a six against the demon spawn’s three. Go ahead and draw your token.”

Grace reached into the bag and pulled out a small cardboard disc. “It’s a minus four,” she whined, throwing the bag and token onto the table.

“You missed and its retaliation attack will do two physical damage to your character. That defeats you.” Zach shrugged and smiled. “I told you this game was hard to win.”

“We’re all defeated now,” said John. “Does that mean the game is over?”

“You mean we lost?” added Grace.

“We lost this round but there are seven more scenarios to the game,” explained Zach. “The next one will be a little harder because we lost, but we can still play it.”

“I don’t think we have time, Mom. Let me read the conclusion for this part of the story and then by the time I clean everything up I’ll need to head out. It’s almost an hour’s drive home and I have to work tomorrow.”

Zach read the game’s explanation of what had happened to their characters and a brief description of what they would have to try to do in the next scenario. When he finished, he started picking up cards and game pieces and placing them in the large box he had brought the game in.

John turned to Grace. “Do you even listen to the story parts?”

She smiled, “Not really. I just like the way the game works. The mechanics are very cool. I’m not a big fan of all the violence and the demons and that stuff.”

“The game is based on the writings of H.P. Lovecraft,” interjected Zach. “Demons are kind of his thing. Do you even know who he is?”

“I’ve heard of him,” replied John. “He’s a horror author. Isn’t most of his stuff about monsters coming from other universes?”

“I don’t care about that,” said Grace. “I just like the game, even though I messed up all the time.”

“It’s not supposed to be easy to win,” said Zach.

“Well, I promise I’ll do better next time. You’re coming back next Thursday to play the next round, aren’t you.”

“Of course,” answered Zach. “I like family game night.”

Zach read from the game manual, “You have found the Book of Necromancy, but there is much more that you must accomplish if you are going to stop the cult and save the world. Each character gets five improvement points and you may proceed to scenario six.”

Grace clapped her hands together. “Yes, we did it. I’m starting to figure out how to use my character’s special abilities.”

“We just got lucky,” said John. “If we’d have drawn more monsters we wouldn’t have survived.”

“I think we’d have been okay,” said Grace. “Maybe the Demon Queen would have been too tough, but the minion demons aren’t that difficult.”

“It’s amazing how into this game you are, Mom,” laughed Zach. “When we started you couldn’t tell a demon from a pack of rats.”

John’s chuckle was even louder than Zach’s. “You think that’s amazing. She even checked a book of Lovecraft stories out of the library.”

“Hey, I didn’t think I’d like it, but his writing is really good.” Grace smiled. “So, Zach, will you stick around after everyone leaves on Thanksgiving so we can play a couple more scenarios?”

Grace used her shoulder to hold the phone against her ear as she stirred a pot of boiling spaghetti. “Did you know that Lovecraft actually tried some of the rituals he writes about in his stories?”

“I’ve heard that,” answered Zach. “A lot of people don’t like his writing and considered him to be a crackpot.”

“How could anyone not like his stories?” asked Grace. “So, anyhow, I was looking online and they are coming out with another whole eight-scenario edition of the game. This one is called The Gateway. I was thinking I could buy it and give it to you for Christmas and we could play it during the holidays. You could take a couple of days of vacation time and stay with us between Christmas and New Year’s.”

“Sure,” replied Zach, “I’d like that. I think I have a couple of vacation days I can take. I might not stay the whole time but I’d be happy to spend a day or two with you guys.”

“What about tomorrow night. I’m still coming over to play games.”

Grace paused, “Oh, I’m sorry. I just thought that since we finished the last Lovecraft round that you weren’t going to come.”

“Why wouldn’t I? It’s about seeing you guys and having fun, not just the one game. I’m planning on bringing the railroad game and that one where you collect jewels that Dad likes so much.”

“No!” shouted Grace. “I can’t believe I got two minus fives in a row. We would have won if that hadn’t happened.”

“It’s fine,” said Zach. “We still got a long ways and picked up a lot of improvement points.”

“We would have gotten all of them if your dad didn’t waste all his good cards on that first shoggoth.”

Grace took a deep breath. “I’m sorry, John. It’s just that we were so close. Let Zach read the outcome and then we can start the next round.”

John shook his head. “No, I think I need a break. We’ve played three rounds already today. Why don’t you go down to your reading room in the basement and look through some of those Lovecraft mythology books you bought yourself for Christmas? Maybe you can learn more about Cthuhulahoop.”

“I’m sorry, Mom,” said Zach as he kicked the snow off the bottom of his shoes. “The next set of Lovecraft games that you ordered for me hasn’t come in yet.” He turned his head, slightly, and gave a discreet wink to his father.

Grace sighed. “I don’t understand. Amazon sent me a message saying it was delivered on Monday.”

“Well, I didn’t get it. I brought a couple of other games. You used to like the Sherlock Holmes one.”

While setting up the game, John turned to Zach. “We won’t be able to get together the next week. Mom’s flying out to Boston to visit your Aunt Emma.”

“I haven’t seen her in a long time,” added Grace. “Your father doesn’t want to come along. That’s okay, though. I might even take a side trip to Providence. I’ll check out a couple of Lovecraft museums and his home. Do you know they moved the entire house to a different street when Brown University expanded?”

John set the suitcase down in the entryway.

“What do you have in this thing? A load of bricks?”

Grace smiled. “No, I just bought a few books and things.”

“Just a couple. They have a lot of neat things in Providence. Don’t bother opening the suitcase. It’ll be much easier if I unpack the books down in the reading room. Oh, I almost forgot. Look what I found for Zach.” She reached into the shopping bag she carried, pulled out a rolled-up poster, and handed it to her husband.

John unfurled the paper to reveal a picture of dozens of bat-like creatures coming out of a purple flame.

“Those are the night-gaunts from The Gateway series of the game. Isn’t it cool? Zach will love it.”

The snow was almost all melted and small patches of bright green grass were emerging in the neighborhood yards. John didn’t notice; he was too busy talking on the phone as he walked around the block.

“I just don’t know what to do,” he said. “She’s just gone way overboard. She spends almost all of her time in the basement. She won’t let me into her reading room. She keeps the door locked whether she’s inside or not.”

“We haven’t played the game for a couple of weeks,” replied Zach.

“It’s more than just the game. It’s this whole Lovecraft obsession. She’s up all hours of the night, doing research on the internet or chatting with weirdos.”

“Have you talked to her about it? Do you want me to?”

“I’ve tried. At first, she just blew me off but now she’s getting defensive and agitated. I had her sister call to talk about it but that didn’t do any good either. I don’t know. I thought about calling the police. What would I tell them? My wife is locking herself in the basement and reading.”

“I’m sure she’ll get over it,” said Zach. “Remember when she had that phase with collecting those porcelain birds. She was really into it for a while but eventually, she stopped.”

“I suppose you’re right. But this seems different.”

“I know it’ll be all right. I promise not to bring the Lovecraft game when I come over on my birthday.”

“Oh, that’s another thing,” said John. “I know she invited you to our house, but you should see if you can talk her into meeting us at a restaurant or something. She keeps going on and on about how special it is that your birthday falls on the same night as a blood moon.”

A screeching sound jolted John from his sleep. A quick check of the room showed that the alarm clock read 11:48 PM and that Grace was not next to him in bed.

He knew where he would find her, and headed for the basement.

Instinctively, he grabbed the door handle but it was, of course, locked. He pounded on the door.

“Grace, are you in there? Are you alright?”

After what seemed like an eternity, Grace replied, “Yes, John. I’m just reading.”

“Let me in. You sound scared. Did you hear that screeching sound?”

“I didn’t hear anything. You must have been dreaming. I’m just reading. You can go back to bed.”

“Please let me in,” begged John. “Or, better yet, why don’t you come back upstairs with me.”

“I can’t,” she answered. “You have to leave me alone. It’s almost midnight.”

There was no reply. He ran upstairs and out into the garage. The cold cement bit at his bare feet but he didn’t stop. He pulled an old ax from a hook above the workbench and raced back into the house. His foot had just touched the carpet on the basement floor when the reading room exploded.

The blast knocked John against the wall. He regained his balance and turned. Where his wife’s reading room had once been, there was nothing but purple flames and smoke.

Finally, a figure started to take form in the smoke. Someone was emerging from the burning room.

The silhouette took a step forward. It was not Grace. It was a black bat-like creature with sharp claws and massive wings. Its head was crowned by two twisted horns. When it saw John, it opened its mouth and let out a violent scream. John had seen this creature before. He had seen it on a poster.

Dozens of other screeches answered from within the flames.