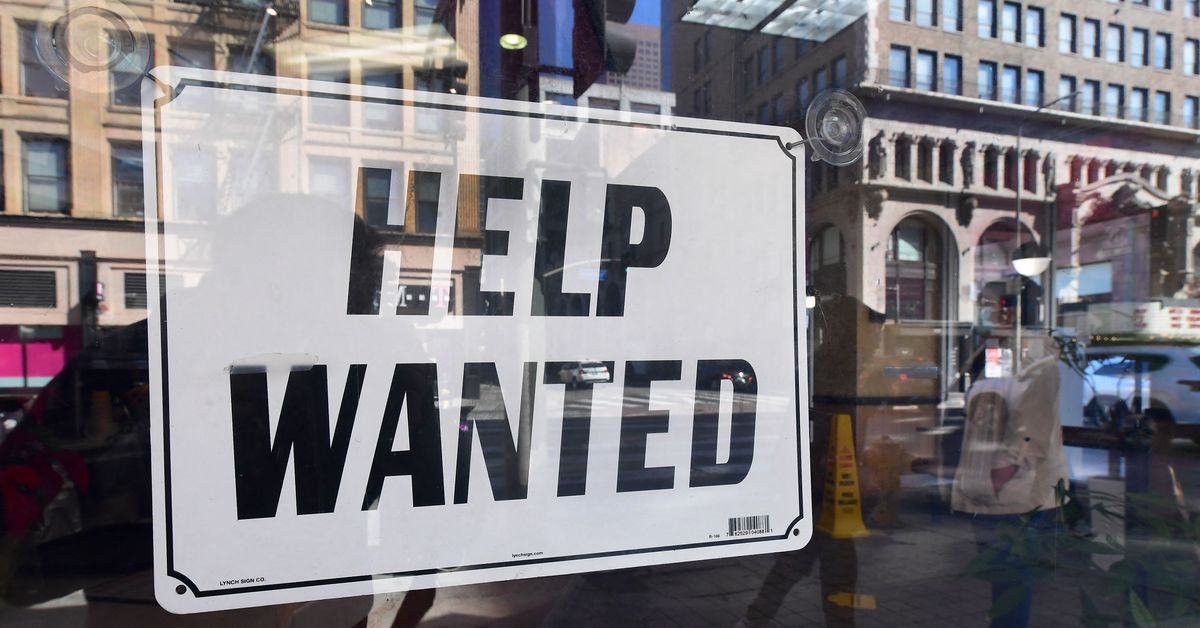 Amid nationwide labor shortages in critical industries, more than a million immigrants are waiting on the US government to issue them work permits. Without these permits, many could lose their jobs, and some already have.

Biraj Nepal, a Nepali asylum seeker living in Woodland, California, has been working as a software engineer in the IT department of a bank for the last four years. Nepal went on unpaid administrative leave starting on January 26 because his work permit expired and the government has yet to process his renewal application. That has left his employer in a lurch: There’s long been a shortage of IT workers, and the pandemic accelerated that trend as companies went remote. Now, nearly a third of IT executives say that the search for qualified employees has gotten “significantly harder.”

If Nepal isn’t issued a new work permit within 90 days of taking administrative leave, his company will, by law, no longer need to hold his job for him and will likely look for a contractor to fill his role. Under normal circumstances, that wouldn’t be a concern; work permits are meant to be issued quickly so that immigrants can be self-sufficient even while they are waiting on other applications for visas and green cards, which can take months or years to process. But the backlog at US Citizenship and Immigration Services (USCIS) has reached crisis level.

“It’s a critical situation here. I’m in a financial crisis,” Nepal said. “We are being punished by the government without doing any crime.”

It only takes about 12 minutes for an official to review an application for a work permit, but an overstretched USCIS still hasn’t been able to keep up. It’s a symptom of broader dysfunction in America’s legal immigration system, which has not seen major reform in decades and was a target of former President Donald Trump.

USCIS is now taking about eight months to a year to issue work permits at the National Benefits Center, its main processing center. Federal law directs that the agency take no longer than 180 days to process those applications. It was abiding by that timeframe pre-pandemic, but that’s not a hard legal requirement. It’s taking so long to issue new permits that, according to the latest available data from the agency, the backlog stood at more than 1.48 million pending applications as of the end of September. The agency doesn’t track the number of people who have lost their jobs as a result.

This bureaucratic backlog is a problem for immigrants who are applying for work permits for the first time and for those who are seeking to renew their employment authorization. The permits are typically valid for two years and are automatically extended for 180 days, but after that, an immigrant can no longer legally work.

The delay is affecting a range of immigrants, from asylum seekers to beneficiaries of the Deferred Action for Childhood Arrivals, or DACA, program. There were nearly 11 million open jobs as of the end of December, many in industries ranging from tech to trucking that need every worker they can get right now. Those industries heavily rely on immigrant workers, and due to pandemic-era policies that have prevented some 2 million new immigrants from coming to the US, the available supply of those workers is smaller than it otherwise would be. The US needs to leverage its existing immigrant workforce, but the work permit backlog is standing in the way.

“We’ve now heard from 2,000 of our members who have lost their jobs or are about to lose their jobs because they haven’t gotten their work permits renewed. That’s something that the government could easily resolve,” said Conchita Cruz, co-founder and co-executive director of the Asylum Seeker Advocacy Project, a membership-based advocacy group for asylum seekers.

The pandemic is partly to blame. Monthslong USCIS office closures and staff shortages have created a backlog of more than 8 million applications across all types of immigration benefits — including green cards, visas, and protection from deportation — and most work permit applicants have to be photographed and fingerprinted in person. USCIS was also plagued by a budget crisis under the Trump administration, and work permit applications spiked last fiscal year to an all-time high of 2.6 million, straining the agency’s capacity.

Under President Joe Biden, USCIS has taken some measures to combat the problem, though has stopped short of automatically extending the validity period of expired work permits as advocates have requested. It temporarily waived fingerprinting requirements for some applicants, exempted spouses of certain visa holders from having to apply separately for work authorization, and extended the validity period of newly issued work permits from one to two years for some immigrants who have been admitted to the US on humanitarian grounds. It has also hired new staff, including 200 people in the agency’s asylum division, to address the backlog. But it’s not clear why the agency hasn’t also adopted the extension policy that activists have called for.

Earlier this month, a federal court vacated two Trump-era rules that had restricted access to work permits for asylum seekers, meaning that their applications could be processed more quickly going forward.

But the backlog remains too large to be solved quickly by USCIS’s new policies or the court decisions. That would require additional regulatory action: In addition to extending the validity of expired work permits, the government could also streamline the application form for work permits to speed up processing, Cruz said. That could help immigrants who can’t afford to wait much longer for their applications to be approved.

Nepal is one among many who has already lost work as a result of the delays. His wife’s work authorization also expired, so she can’t work either. And they just depleted their savings to buy a house and now have a mortgage to pay, in addition to a US-citizen daughter to support and another baby on the way. And there aren’t many other job opportunities in his field within commuting distance of their new home.

“If this situation continues, then we will be homeless, helpless,” he said. “We cannot stay in this stressful situation.”

Even if he is eventually able to return to his job, he and his company have to bear the costs of lost productivity while he hasn’t been able to work. Those costs are even higher in fields like medicine, where there are too few staff to treat high volumes of patients during the pandemic.

Heghine Muradyan, an Armenian asylum seeker living in Los Angeles, is a second-year resident in intensive care units and in the ER, where she has been treating Covid-19 patients. She went on unpaid leave from her job starting in October for nearly two months after her work permit expired, and about six months after applying for a new permit. She was going to lose her spot in her residency program if she couldn’t get back to work within 12 weeks, so she applied for food stamps in anticipation of the worst. Her son and elderly parents depend on her financially.

“I was really scared. If we had to wait that long, we could have lost everything,” Muradyan said.

Her absence, coming at a time when many hospitals are short on staff, also made it difficult for her employer to find another resident who could cover her patients.

She called USCIS’s offices every day to check on the status of her renewal application. She even applied to expedite her application but was rejected. And when she went into a USCIS office for an interview, an officer told her that she didn’t get any special prioritization as a doctor. (The agency has since implemented free expedited processing for health care workers who have applied to renew their work permits.)

“The officer told me that it doesn’t matter what I do. There’s a long line and I have to wait,” she said.

By the time her work permit was finally approved, she had been waiting eight months. She was back at work in early December, but only after personal hardship and sacrificing her patients’ care. Others, like Nepal, are still waiting on USCIS. And in the meantime, they — and all those who depend on their expertise — will have to continue to bear the costs of USCIS’s backlog.