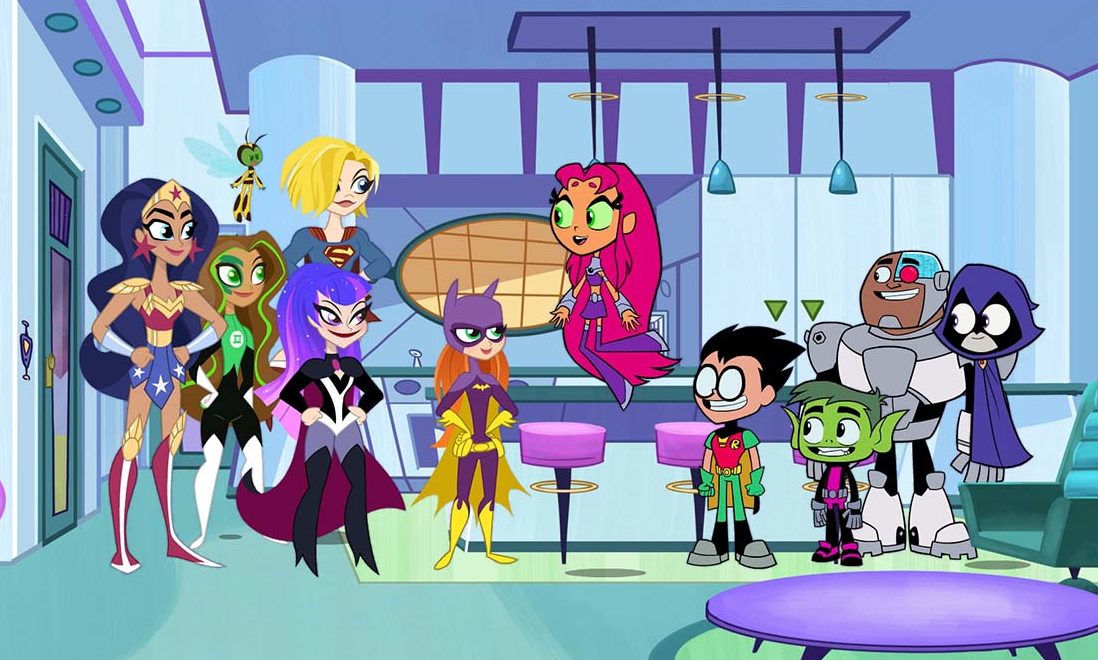 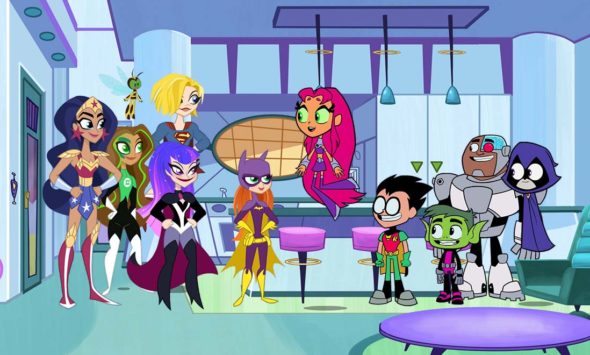 Robin, Starfire, Raven, Cyborg, and Beast Boy are gearing up for new adventures. The Teen Titans Go! TV series kicked off its seventh season last month and now, it’s already been renewed for an eighth season by Cartoon Network. The long-running animated show about a team of young superheroes will reach its 400th episode in season eight.

Teen Titans Go! & DC Super Hero Girls: Mayhem in the Multiverse will be released on DVD on May 24th, air on Cartoon Network on May 28th, and come to HBO Max on June 28th.

Here’s the press release with some additional details and a teaser video for the movie:

WarnerMedia Kids & Family Loads Up the Laughs and Adventures for Another Action-Packed Year with Cartoon Network’s Teen Titans Go!

Teen Titans Go! & DC Super Hero Girls: Mayhem in the Multiverse Comes First to Digital, Blu-Ray(TM), and DVD from Warner Bros. Home Entertainment May 24, then Premieres May 28 on Cartoon Network and June 28 on HBO Max

Also announced today, Cartoon Network has picked up another season of Teen Titans Go! from Warner Bros. Animation. Season eight will premiere later this year and will continue expanding the Teen Titans universe, debuting new characters from the DC Universe including Beard Hunter, King Shark and many more as well as welcoming new surprise celebrity guests. As the longest-running animated series in DC history, season eight will also mark the series reaching the 400th episode milestone.

“The undeniable success of Teen Titans Go!, with its signature blend of action and subversive Super Hero humor, is a testament to the phenomenal work of executive producer Pete Michail and the show team,” said Sam Register, President, Warner Bros. Animation and Cartoon Network Studios. “Seven seasons, one theatrical feature film, multiple specials, celebrity cameos, and no end in sight, this show has carved out its own lane in the acclaimed legacy established by the original Teen Titans animated series.”

With the help of ancient Kryptonian power, Lex Luthor unites the world’s Super-Villains to capture all of Earth’s Super Heroes, until … only the DC Super Hero Girls are left to stop the Legion of Doom. Our heroes must cross dimensions to rescue their fellow Super Heroes from the Phantom Zone, but a fortuitous wrong turn leads them to Titans Tower – where they find much-needed allies in the Teen Titans. The young Super Heroes discover their combined strength – and usual comic relief – are essential to save the day in this blockbuster event!

Episodes of Teen Titans Go! and DC Super Hero Girls will be included as bonus content on the Blu-ray and DVD.

What do you think? Are you glad to hear that Teen Titans Go! has been renewed for an eighth season? Will you be checking out the crossover movie?

Check out our status sheets to track new TV series pickups, renewals, and cancellations. You can find lists of cancelled shows here.