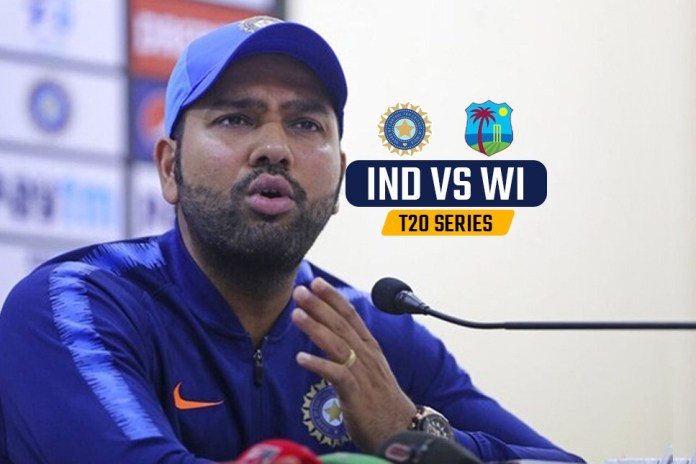 IND vs WI LIVE: Rohit Sharma plays BIG BROTHER to Virat Kohli: India white-ball captain Rohit Sharma is playing the role of a big brother to Virat Kohli amid lean patch. He has once again given a big thumbs up and stepped up for him during the most difficult times. He said that the veteran knows how to handle the scenario ahead of The T20Is.  Follow India vs West Indies LIVE updates on InsideSport.IN

The special message shows the camaraderie & friendship between the two experienced players and the bond they share on and off the field. The reaction shows that Rohit Sharma is leading from the front for Team India heading into the T20 World Cup in Australia later this year.

“I think it will start with you guys (media). If you guys can keep quiet for a while, then Virat Kohli will be fine and everything will be taken care of. He is in a great mental space, and he has been part of international cricket for more than a decade, when someone has spent such a long time in international cricket, they know to handle pressure situations. I think it all starts from you guys, if you can keep it quiet for a bit, everything will fall in place,” said Rohit during a virtual press conference on Tuesday.

Rohit Sharma had earlier backed Kohli after the ODI series despite a string of low scores against West Indies.

“Does Virat Kohli need confidence? What are you talking about? (chuckles) I think not scoring 100 is a different thing but he played a series in South Africa and scored two half-centuries in three matches. I don’t see anything wrong. And the team management is not at all worried about that,” he had earlier said after the ODI series.

IND vs WI T20: Out of form Virat Kohli SPENDS over 45 minutes in nets of Eden Gardens ahead of T20 series

Replying to a query on whether the Men in Blue would look to give games to everyone in the squad, Rohit said: “Yeah, the idea is to identify the players who are going to play the World Cup, try and give them game time. There are a lot of players who are injured, come the World Cup, I do not know who is going to be fit, so we just have to get everyone ready for any situation.

“We have a very packed schedule and injuries are bound to happen, it is important that we give guys who are going to fill those roles, enough gametime. It is important that we use this series and the next series that will follow after this, to our good potential and see whoever are likely to have, what they can offer us,” he added.

Talking about Hardik Pandya, who is not a part of the squad for the West Indies series, the white-ball skipper said:

“Hardik Pandya is an important player, he brings three skills to the table. We have not had a discussion on whether he can play as pure batter or not. It is about everyone being available. Since the T20 World Cup, we have had injuries. The important thing is to get everyone available, once they are available, we will look at the second step.”

“The door is open for everyone, we do not make decisions quickly, we want to go with the right combination because, in Australia, you will get different conditions. You will require different skillsets there, we want to prepare accordingly and we want to cover all the bases,” he added.

For more sports news and India vs West Indies LIVE updates, follow us at InsideSport.IN