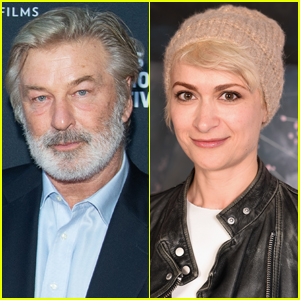 The family of Halyna Hutchins has filed a lawsuit against Alec Baldwin.

According to Variety, the court docs allege that reckless behavior and cost cutting on the set of Rust contributed to the cinematographer’s death.

Halyna was shot and killed on the set of Rust in October 2021 when Alec was preparing for a scene. He has since stated that he did not pull the trigger of the gun when it misfired.

She left behind her husband, Matthew Hutchins, and their 9-year-old son. The family retained a law firm back in November.

The incident has been under investigation by the Santa Fe County Sheriff’s Office. Through search warrants, it was discovered that the armorer Hannah Reed Gutierrez, loaded the Colt .45 with what she believed were dummy rounds. The gun was then given to first assistant director Dave Halls, who said it was a “cold gun” when handing it to Alec.

Three other crew members have also filed suit already, including script supervisor Mamie Mitchell, key medic Cherlyn Scaefer and Reed Gutierrez. Alec has argued that Mamie‘s case should be dismissed because it involves a workplace accident, which should be handled by the state workers compensation system.

Alec addressed the shooting in a video he shared earlier this year.