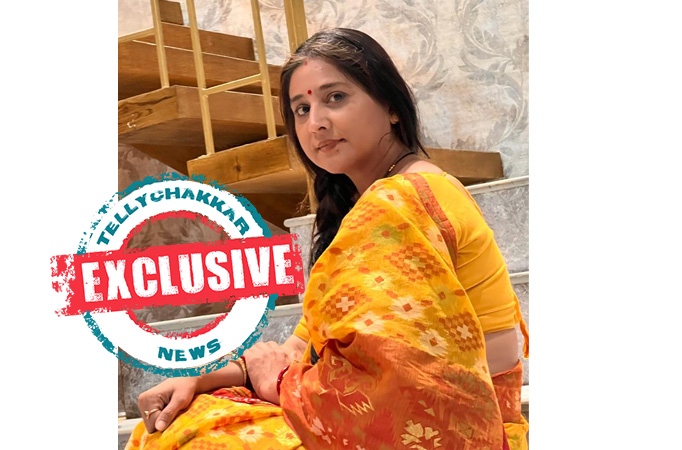 The show marks the reunion of Vidhi and Vijayendra after Udaan.

Mose Chhal Kiye Jaaye has hit the small screens just a week ago, and the viewers are already engaged with the show’s storyline.

TellyChakkar got in touch with one of the cast members of the show, Gunn Kansara.

The actress plays the role of Saumya’s mother in the show. She spoke at length about her role and much more.

ALSO READ: EXCLUSIVE! Mose Chhal Kiye Jaaye’s Simron Upadhyay on difference between working in the Bengali and Hindi industry: People here are very welcoming and that is something that doesn’t happen in Kolkata

Tell us about your character.

I am playing Saumya’s mother Malini in the show. She is a very warm and concerned mother. Malini is a little fearful when it comes to taking a leap of faith because she has not seen her husband and others become successful. She is extremely concerned about her daughter.

How has been your experience working with Vidhi?

Vidhi is a gem of a person. She is such a talented girl and very sincere. That reflects in her conduct. She is a fabulous actor. We have a good unity on set. All of us have lunch together, we also make reels. We both have bonded well and that chemistry is visible on-screen.

I was very excited when I came to know that I’ll be playing Vidhi’s mom in the show. I didn’t find any difference in Vidhi in real life and when I saw her in Bigg Boss house.

If not an actor, what would you be?

I have done my BSC in Chemistry. So, I always wanted to become a Forensic Lab Assistant because I am too analytical. But that definitely helped me in this media field. I feel I am a Forensic Assistant who doesn’t work in a lab. That was the career which I was looking forward but then acting happened to me. But being analytical helped me a lot to build my characters throughout my journey.

Stay tuned to TellyChakkar for all the latest updates.