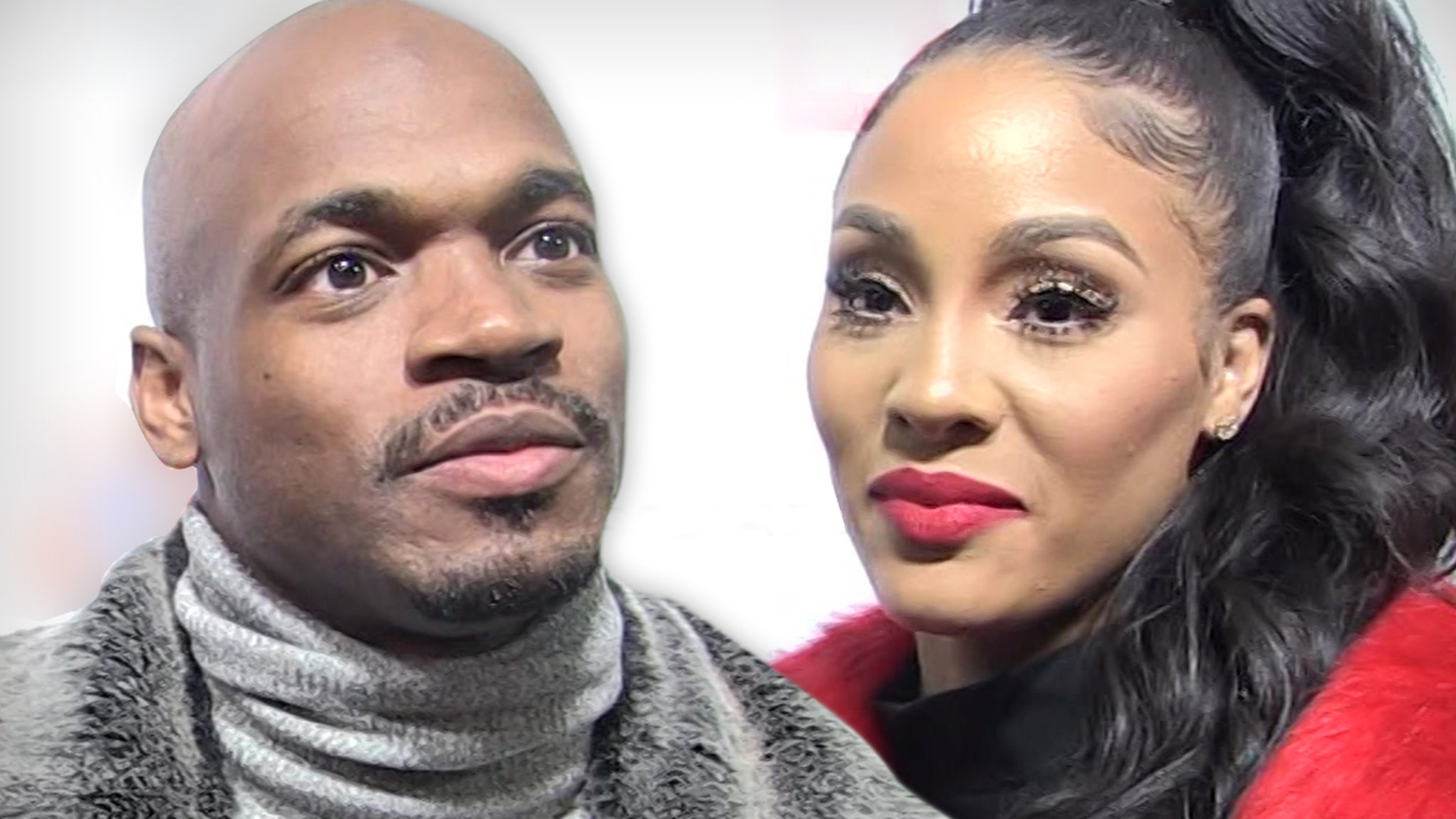 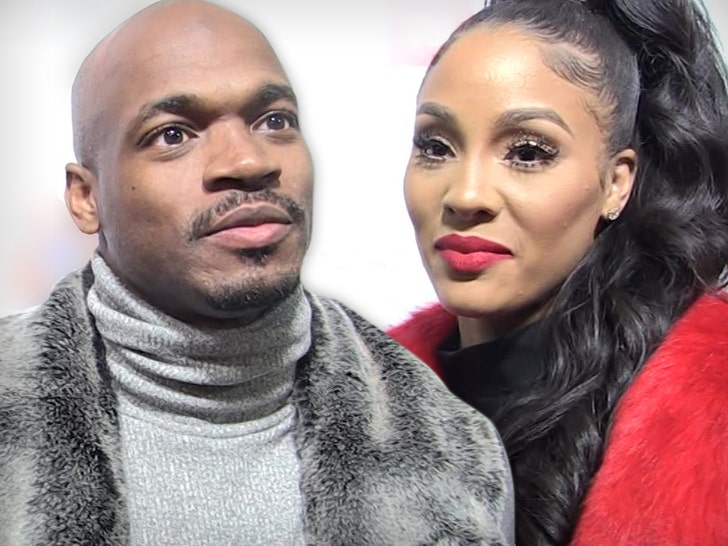 Adrian Peterson‘s wife is defending the NFL star in the wake of his domestic violence arrest … saying “at no point” did he hit her.

We broke the story, Peterson was thrown in jail on Sunday after he allegedly got physical with his wife, Ashley, during an argument on a plane at LAX.

Our sources say Peterson was taken into custody after Ashley was seen to have sustained a small mark on her following the alleged altercation. 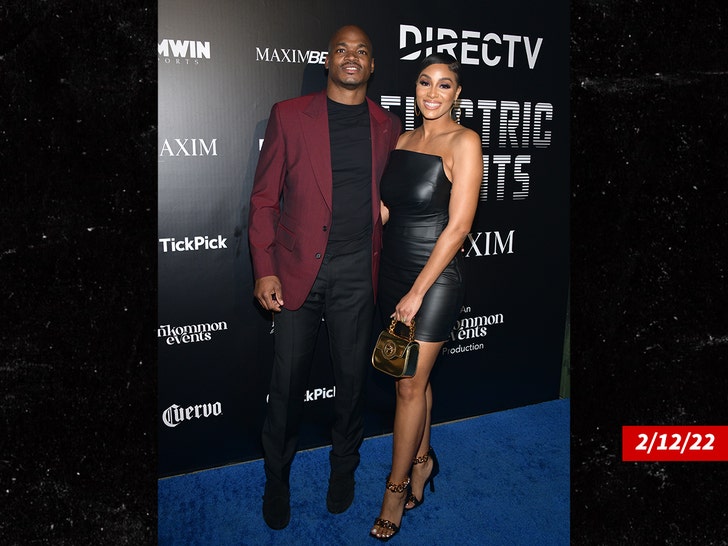 Ashley, though, posted on her Instagram on Tuesday that Peterson never got physical with her … saying, “At no point did Adrian hit or strike me.”

“Adrian and I had a verbal argument,” she added. “Unfortunately, it was on an airplane.”

She continued, “This is a private matter between my husband and myself. We ask that everyone respect our privacy so we can focus on what matters most: our children.”

For his part, Peterson — who was booked on a charge of felony domestic violence — has also denied hitting Ashley … telling FOX 26 Sports this week that the mark on Ashley was the result of him taking a ring off her finger during their argument.

“Literally that’s why I went to jail,” Peterson said. “Because the ring left a scratch on her finger.”

Peterson added, “We just had a disagreement.”