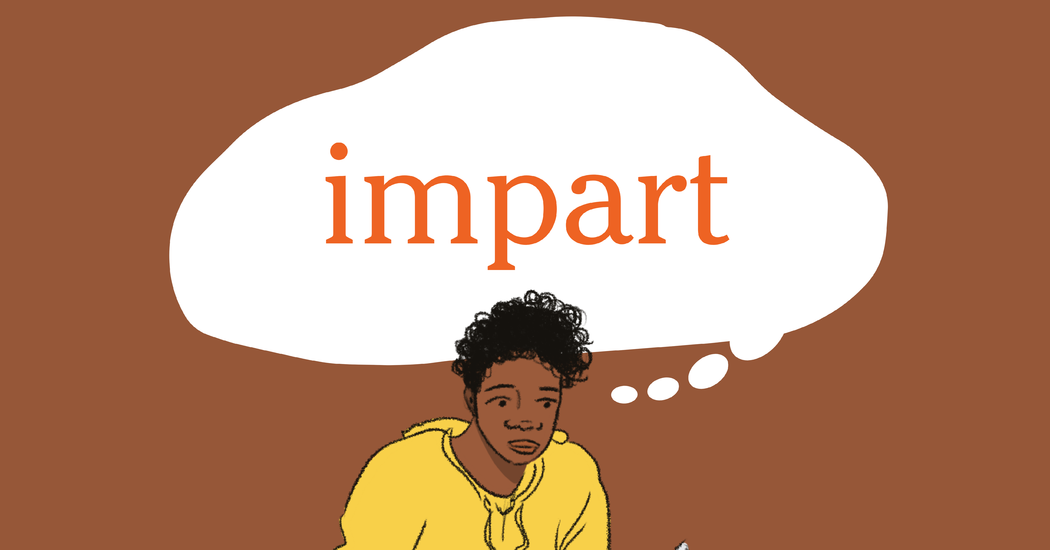 The word impart has appeared in 66 articles on NYTimes.com in the past year, including on Nov. 24 in “NASA Launches New Mission: Crash Into Asteroid, Defend Planet Earth” by Joey Roulette:

The test, if successful, will give NASA a confirmed weapon in its planetary-defense arsenal. But for asteroids bigger than Dimorphos, other conceptual deflection methods might be more fitting, astronomers say. For instance, a fleet of several impactor spacecraft, like the mission design used by astronomers in the Tokyo simulation, could be used to alter a bigger asteroid’s course.

For any potentially hazardous asteroids that would be at least 10 years from impacting Earth, another untested deflection method involves a “gravity tractor” spacecraft that would orbit or hover close to the asteroid for years and impart a small gravitational influence, gradually tugging the rock’s course away from Earth.

Can you correctly use the word impart in a sentence?

If you want a better idea of how impart can be used in a sentence, read these usage examples on Vocabulary.com.