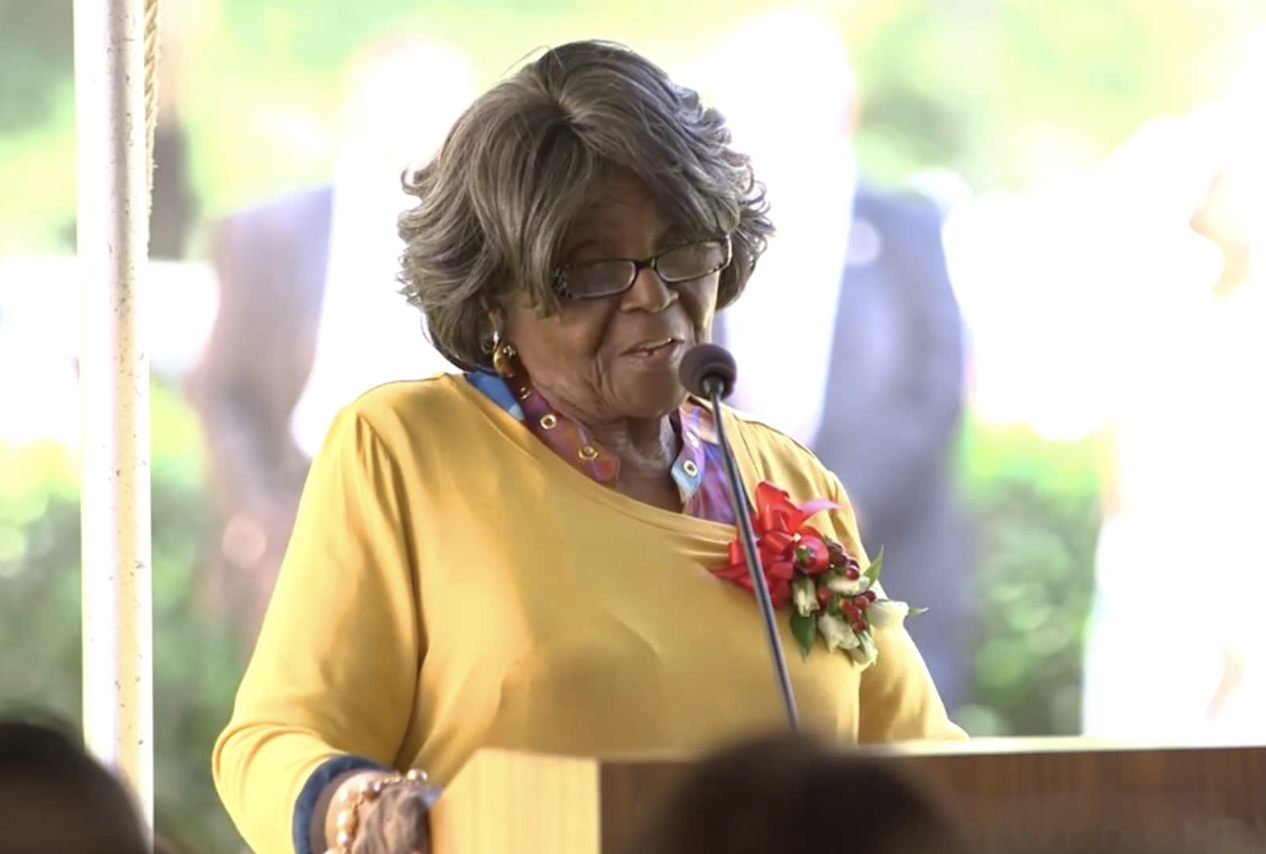 The University of Alabama is set to remove the name of the state’s racist former governor, Bibb Graves, from a campus building and solely honor its first Black student – Autherine Juanita Lucy Foster.

On February 3, the university’s board of trustees voted to honor Graves, a notorious former Grand Cyclops of the KKK, school alumni, and two-term governor in the state (1927-1931 and 1935-1939). Although, the University of Alabama cited Graves’ funding of education and renouncement of the KKK as its reason for honoring the racist man. Detractors, with common sense, argued that he was still a bigot and his policies were not fair, non-discriminatory or equitable.

An associate professor pointed out that it was a slap in the face to honor Lucy Foster by having her good name connected to a known white supremacist.

“It felt that even her [Foster’s] legacy, no matter what accolades she had previously as a Black woman, it did not matter. She had to share the indignity of being on a building name hyphenated with a Klansmen,” said Hilary Green, an associate history professor at the University of Alabama.

“If you’re going to give her credit. You have to give it all to her. She endured a lot more than any student that has ever gone to UA probably has,” Whitesell said. “I was very disgusted and very disturbed that somebody thought that was a way to honor someone. It was very fine timing that they announced it when they did, too.”

On February 10, the board of trustees recanted its vote allowing the accomplished woman’s name to stand alone.

Lucy Foster was a trailblazer at the higher learning institution. Born in 1929 in Shiloh, Alabama, Lucy Foster was the daughter of sharecroppers. She would later attend Miles College (a Black school), where she graduated with an English degree in 1952. In September of the same year, she and a friend, Pollie Anne Myers, desired to continue their education and applied to the then-segregated University of Alabama.

The women were selected to attend the school, but when administrators discovered they were Black, they reneged on their admission to the university. Members of the community were outraged and decided to fight back. Prominent attorneys Thurgood Marshall and Arthur Shores stepped in– writing the school’s then-president John Gallalee. Gallalee was unmoved and denied the plea. Marshall and Shores planned to sue the University of Alabama, but ironically Marshall was already working on Brown v. The Board of Education of Topeka. The legendary future Supreme Court Justice won the case a year before Lucy Foster and Myers’ suit was set to begin. A morality clause prohibited Myers from attending. However, Lucy Foster entered the university on February 3, 1956.

The brilliant student would be terrorized on her third day of school by an angry white mob. The University of Alabama failed to protect Lucy Foster. Marshall and Shores couldn’t prove the school’s neglect. She was later expelled.

It took the University of Alabama 32 years to rectify the injustice. In 1988, the school sent Lucy Foster a letter rescinding the expulsion. She and her daughter entered the university in 1989. Lucy Foster graduated with her Master’s in 1992.

“If you’re going to give her credit. You have to give it all to her. She endured a lot more than any student that has ever gone to UA probably has,” Whitesell said. “I was very disgusted and very disturbed that somebody thought that was a way to honor someone … “It was very fine timing that they announced it when they did, too.”

In 2020, a petition was launched to remove Graves’ bigoted name from the College of Education (Lucy Foster had become an educator). The document garnered over 2,000 signatures in support of renaming the building to honor the brave woman.