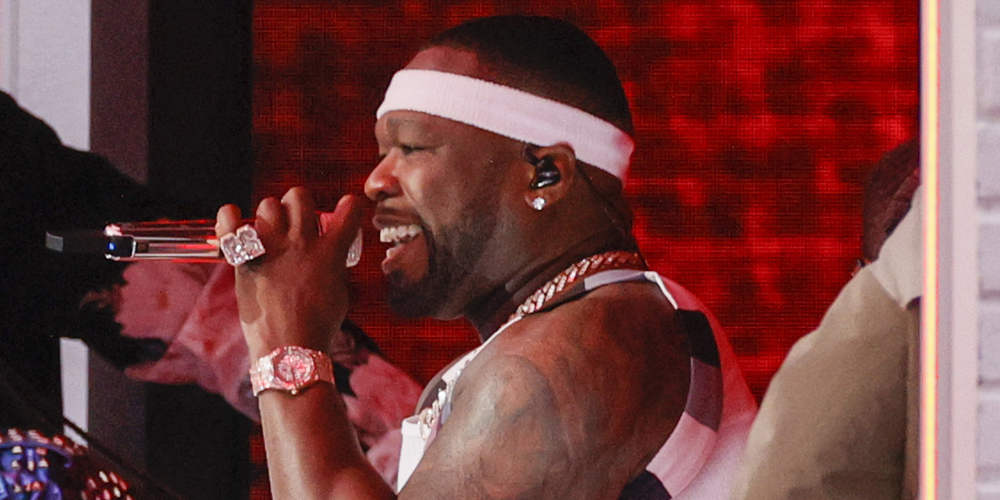 The 46-year-old rapper made a surprise appearance during the halftime show at the 2022 Super Bowl on Sunday (February 13) at SoFi Arena in Inglewood, Calif.

During the first half of the halftime show, 50 Cent arrived to the stage – appearing hanging upside down and flexing, before being joined by dancers – with a surprise performance of his Dr. Dre-produced hit, “In Da Club.”

Following his performance, he tossed it over to Mary J. Blige, as the show continued to work through the many superstars headlining this year’s big event.

Keep up with everything that’s happening during the Super Bowl all night long!

Check out the pictures inside…