Ethical Today Ethical Today is your news, entertainment, lifestyle website.
Home Technology Astronomers now say the rocket about to strike the Moon is not a Falcon 9 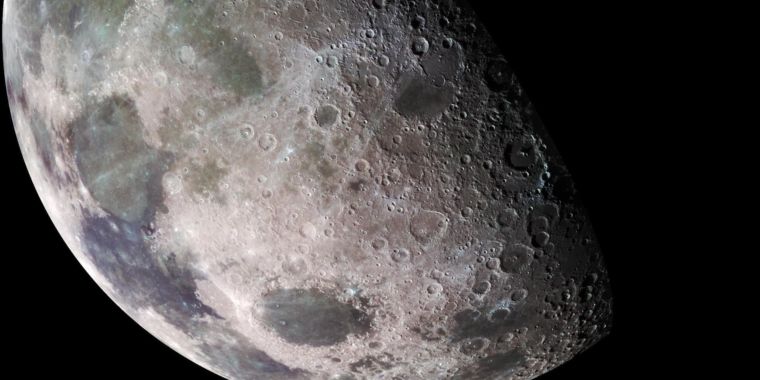 About three weeks ago Ars Technica first reported that astronomers were tracking the upper stage of a Falcon 9 rocket, and were increasingly confident that it would strike the Moon on March 4.

This story set off a firestorm of media activity. Much of this coverage criticized SpaceX for failing to properly dispose of the second stage of its Falcon 9 rocket after the launch of NOAA’s Deep Space Climate Observatory mission, or DSCOVR, in 2015. The British tabloids, in particular, had a field day. Even the genteel European Space Agency tut-tutted, noting that it takes care to preserve enough fuel to put spent rocket stages into stable orbits around the Sun.

However, it turns out we were all wrong. A Falcon 9 rocket is not going to, in fact, strike the Moon next month. Instead, it’s probably a Chinese rocket.

Bill Gray, who writes the widely used Project Pluto software to track near-Earth objects and was the original source for the Falcon 9 hitting the Moon story, acknowledged the error on his website Saturday. He explained that, back in 2015, he and other observers found an unidentified object in the sky and gave it a temporary name, WE0913A. Further observations suggested it probably was a human-made object, and soon the second stage of the rocket used to launch DSCOVR became a prime candidate.

“I thought it was either DSCOVR or some bit of hardware associated with it,” Gray wrote Saturday. “Further data confirmed that yes, WE0913A had gone past the moon two days after DSCOVR’s launch, and I and others came to accept the identification with the second stage as correct. The object had about the brightness we would expect, and had showed up at the expected time and moving in a reasonable orbit.”

This might have been a harmless, and entirely unnoticed error until astronomers found that this object was about to strike the Moon. Suddenly the potential for an errant Falcon 9 rocket—after all, Elon Musk is a global celebrity—was big news around the world.

It was an engineer at NASA’s Jet Propulsion Laboratory, Jon Giorgini, who realized this object was not in fact the upper stage of a Falcon 9 rocket. He wrote to Gray on Saturday morning explaining that the DSCOVR spacecraft’s trajectory did not go particularly close to the Moon, and that it would therefore be a little strange if the second stage strayed close enough to strike it. This prompted Gray to dig back into his data, and identify other potential candidates.

He soon found one—the Chinese Chang’e 5-T1 mission launched in October 2014 on a Long March 3C rocket. This lunar mission sent a small spacecraft to the Moon as a precursor test for an eventual lunar sample return mission. The launch time and lunar trajectory are almost an exact match for the orbit of the object that will hit the Moon in March.

“In a sense, this remains ‘circumstantial’ evidence,” Gray wrote. “But I would regard it as fairly convincing evidence. So I am persuaded that the object about to hit the moon on 2022 Mar 4 at 12:25 UTC is actually the Chang’e 5-T1 rocket stage.”