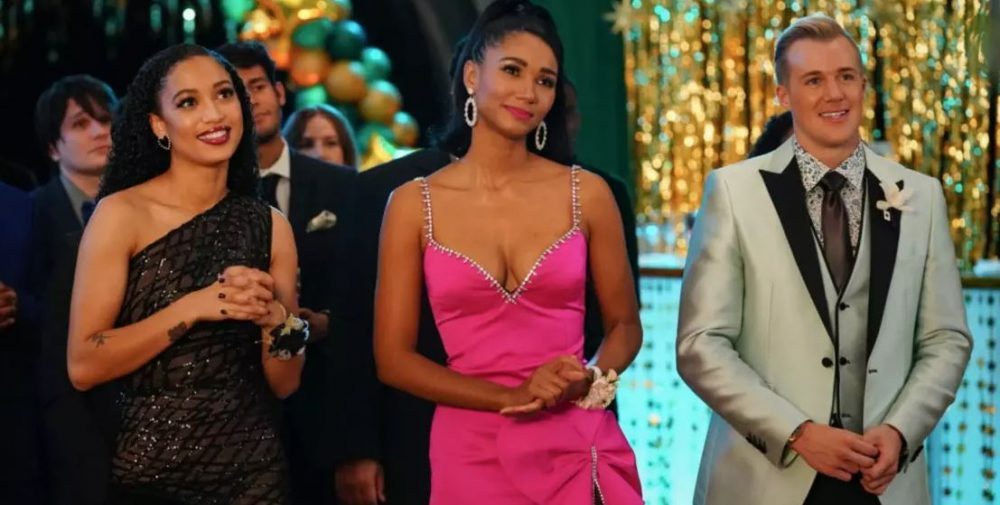 “Survival of the Fittest”, the season’s first episode, plunged viewers into the aftermath of that major cliffhanger in a heart-pounding hour. The audience, though, was concerned about more than just Coop. It was also Layla. She may not have been on the verge of death as she and Carrie drove away from her house, but it was evident that whatever was going to happen would not leave her unharmed.

All American Season 4, set in the protagonists’ senior year of high school, is designed to test them in ways they haven’t been tested before.

Not only is one chapter of their lives coming to an end, but they’re also dealing with changes in themselves, their relationships, and the future they had planned.

When will All American Season 4 release on Netflix?

We don’t have an official release date for All American Season 4, but that doesn’t mean we can’t make an educated guess. If we get at least 16 episodes (as we did in seasons 1 and 2), the show should end around March 2022.

According to the Netflix agreement, the program will be available for streaming 8-9 days following the conclusion, thus we’re expecting All American season 4 to return to Netflix between March and May 2022.

All American Season 4 plot: What will happen?

The second half of All American Season 4 will follow Spencer as he tries to leave high school relatively unscathed as graduation approaches.

That will be difficult considering his role in the trophy heist and his refusal to snitch on any of the other players. Spencer Paysinger, the inspiration for the main character, went on to play collegiate football in Oregon. Whatever happens, we’ll almost certainly be on our way to the next major destination.

Nkechi Okoro Carroll, the showrunner, is also expected to continue to address other current events, such as the Black Lives Matter movement, which was featured in a special episode in season three.

“You hope that what you’re doing is making a difference,” Okoro Carroll said at the time. “My intention for this episode was that ideally it would lead to people realizing the agony and that we’re at a place where enough is enough.”

“But I’m not sure. Sometimes it appears as if nothing is making a difference. I try not to be discouraged by it, and I try to portray the truth of it in the show, because we pride ourselves on these characters accurately portraying what it’s like to be a teenager in America today, especially a Black teenager. And we hope that it has an impact.”

Let’s hope that if the subject is revisited in All American Season 4, it doesn’t come at the same unsettling time. “I never in a million years imagined this episode would air days after another young Black boy was killed by a cop,” Okoro Carroll concluded.

“I had no idea it would air so soon after the Derek Chauvin trial. I didn’t expect it to air so soon after Adam Toledo’s murder. It’ll seem like I wrote it last week, which makes me sad since it indicates we haven’t achieved the progress I had hoped for.”

So far, here’s the episode guide

“Spencer confronts a crucial decision on signing day for football; Billy tries to forgive Spencer,” according to Rotten Tomatoes’ synopsis of episode one, “Survival of the Fittest.”

“The crew celebrates a birthday, but not everyone is happy about it; Jordan’s hidden sentiments come to the surface, straining his and Billy’s friendship; Asher is attempting to come to terms with his football career,” says episode two, “I Am not Going Out Like That.”

“Spencer must make another huge decision, so he chooses to spend time with the most important people in his life; Jordan is worried about his recruitment prospects and seeks advise from Billy; Asher finds inspiration from someone unexpected,” says the third episode, “All I Need.”

“With the game approaching, Spencer is feeling apprehensive until an old buddy says something to him that makes everything suddenly click; Olivia applies for a coveted summer position with the L.A. Tribune Online,” reads the fourth episode, “Bird in the Hand”.

“Can It All Be So Simple?” is the title of episode 5. “Billy assists Spencer in devising a contingency plan after he receives frightening news; Layla extends an offer to Patience, forcing Patience to speak with Coop; Olivia considers taking on a new position.”

What’s coming up on episode 6

“Spencer organizes a romantic weekend to the cabin with Olivia, but when the gang turns up, nothing goes as planned; startling news makes Jordan and Simone realize they might not be as prepared for their new reality as they had thought,” says episode six, “Show Me A Good Time.”

The entire cast of All American Season 4 will return in some manner, including:

If All American isn’t enough football drama for you, be on the lookout for All American: Homecoming, a proposed spinoff due to debut in the middle of the season. Simone will be the focus of the series (Geffri Maya). We also met Damon Sims (Peyton Alex Smith) in All American Season 3 backdoor pilot, a baseball player with a bright future who met Simone on the campus of Bringston University. Both have a passion for sports and will work together as activists at the HBCU to bring about change. At this time, it’s unclear how Simone’s departure from All American will play out, or how it will affect her relationship with Jordan (Michael Evans Behling).

All American Season 4 Trailer: When will we see it?

All American Season 4 will most likely be as magnificent as the first three seasons, with a healthy dose of drama thrown in for good measure, but only time will tell how the plot unfolds. If you enjoy action-packed superhero thrillers, check out the following CW shows: Black Lightning, The Flash, Supergirl, Batwoman, and more.

How to watch All American Season 4

Every Monday at 8 p.m. E.T., new episodes of All American Season 4 premiere on the CW. Fans who don’t have access to cable can watch the season premiere live on the official Fubo TV service. The official website as well as the Fubo TV app provide access to the streaming platform. A seven-day free trial is available to interested subscribers on the website. After that, the Fubo TV beginning pack will set you back $65 each month.

All American Season 4 will be available to stream on The CW’s official website and app if viewers were unable to catch the season premiere. Making an account does not require a subscription. New episodes are released the day after they air on television. Roku, Amazon Fire TV, VIZIO Smart TV, Chromecast, Android TV, Airplay, Apple TV, and Xbox support the app. The software is also available for download on any iPhone or Android device.

If You’ve Not Watched it, then What Did You Miss?

There were numerous preconceptions about what the public could expect from this episode even before it was published. The episodes of All American Season 4 are about the build-up of anticipation for Senior Skip Day. Spencer, on the other hand, appears to be exploring all options in order to organize something truly romantic for Olivia.

With all of his love and affection for her, he must win her heart. He’s preparing a romantic excursion to surprise her, and it’ll be in the cabin itself, so seeing her drool over the gesture would be a lovely scene.

How did Spencer’s Plan Go?

However, the arrival of others in this scene absolutely demolishes Spencer’s excellent plan. In this episode, Jordan and Simone receive information that alters their world, and Patience and Cooper face challenges in their relationship.

There’s also a scene where Billy, Laura, Grace, and, of course, Principal Carter form an alliance. This partnership has a mission to fulfill, and it is to bring the history of South Crenshaw High to light.

Where Can You Watch All American Season 4?

The CW has this All American Season 4 available to watch. At the specified time, you can watch it on your television. However, if you are unable to view it there, you can view it on the CW’s official website. If you don’t have cable, you may watch the shows that launch on the CW on streaming services like Hulu, YouTube TV, DirecTV, and Xfinity.

The episodes of the show can be purchased and viewed, or they can be rented. However, we hope you will be able to get your hands on it shortly. Also, please let us know what you think of the show.

Is the Show “All American Season 4” Worth Watching or Not?

Those of you who have been following the show may be eager to find out what happens next. As a result, the show is unquestionably a must-see for everyone. We hope you have a good time watching All American Season 4!