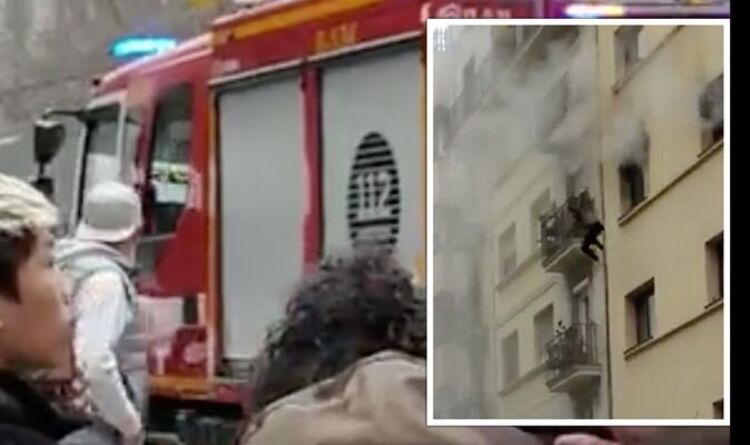 Guests at the Hotel Coronado in Barcelona, Spain, were left fleeing for their lives after a fire erupted at the hotel. Horrifying footage shared on social media shows at least three people jumping out of the window onto what appears to be a rescue inflatable mattress on the street. Passers-by can be heard screaming as a man takes a leap and successfully gets to the ground.

Nine people in total were reported injured in the fire, with one in critical conditions at the Hospital Clinic.

The Urban Guard and the Mossos d’Esquadra are now investigating the origin of the fire.

The Central Unit of the Scientific Police will be in charge of carrying out the visual inspection.

Mr Prades said the fire only involved one room at the hotel but the smoke quickly spread through the corridors, forcing firefighters to evacuate the whole structure.