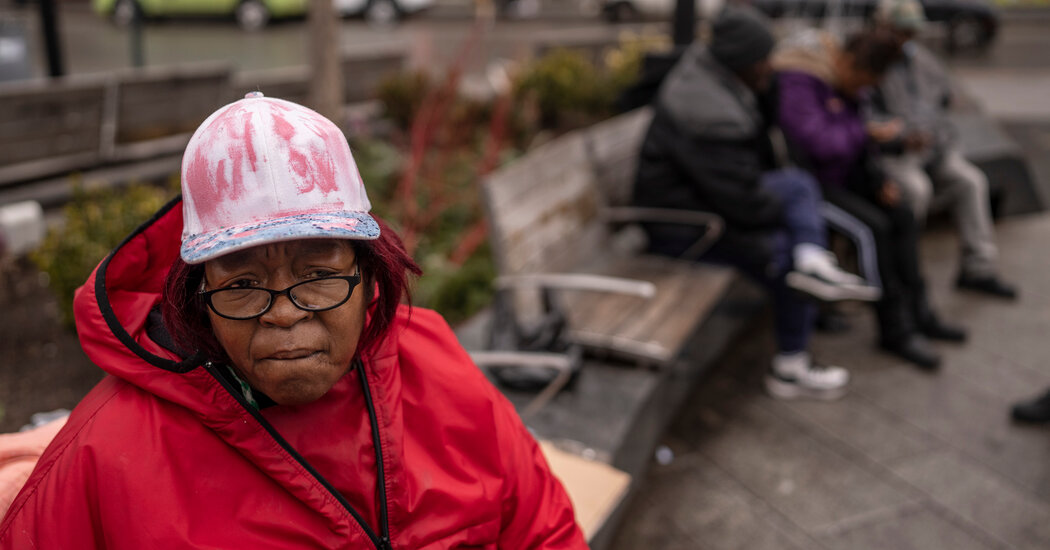 The first time Reneé Jones overdosed on drugs last year, she was at her daughter’s Bronx apartment and had gotten up to get one of her seven grandchildren a cup of water. The next thing she knew, a paramedic was jolting her back to life with a defibrillator.

The two that followed happened at a busy plaza in the South Bronx. Both times, Ms. Jones recovered quickly after a squirt of naloxone up her nose. She carries strips to detect the presence of fentanyl in the heroin she takes, but she does not use them. They take time.

“When you’re out here in the street and you want to just use your heroin, you don’t want to do all of that,” said Ms. Jones, 57, who first used the drug more than four decades ago and wonders how many more years she has left. “There’s so much fentanyl going around, and I don’t want to be the next one,” she said.

Driven by fentanyl’s prevalence and the pandemic’s isolation and despair, drug overdose deaths have soared in New York City, reaching their highest point since the health department began tracking them more than two decades ago.

In an interview on Friday, the city’s health commissioner, Dr. Ashwin Vasan, said that the number of overdose deaths last year was likely to set another record, although the data was still being compiled from post-mortem toxicology testing.

“It does appear we’re on the same trajectory of increase, which is really concerning,” Dr. Vasan said.

The new data underscores a grim reality: that the surge seen during the isolation and anxiety of 2020, the pandemic’s first year, was no anomaly.

But the toll, Dr. Vasan said, had been overshadowed by other public health crises, such as Covid-19 and then the spread of the Mpox virus last summer.

“If it weren’t for the infectious diseases we’ve been challenged by, this would be the No. 1 public health issue,” Dr. Vasan said. “You never want to see an epidemic move in this direction.”

Overdose deaths rose even as officials tried new harm-reduction tactics, and expanded the use of older ones. The city distributes, on average, about 586 naloxone kits each day, reversing countless overdoses in the process. It has given away tens of thousands of fentanyl test strips, allowing users to discover whether their drugs unexpectedly contain the deadly ingredient, which is many times stronger than heroin. And at a couple of locations, users can have drug samples tested for fentanyl concentration, allowing them to more accurately gauge risk and adjust how much to put in a syringe.

The biggest development in anti-overdose initiatives are the two supervised injection sites that the city authorized in late 2021, the first such sites to be officially opened in the United States.

Staff members at the sites, in the Manhattan neighborhoods of East Harlem and Washington Heights, provide needles and can administer naloxone if needed. Users bring their own drugs to smoke, sniff or inject while seated at a small, well-lit desk that health workers call “a narcotic consumption booth.”

The number of deaths the sites may have prevented is difficult to measure, but health officials said that on some 670 occasions, employees at the sites have intervened to reduce the risk of overdose. In some instances, that meant administering naloxone or oxygen or calling for an ambulance to avoid what otherwise would have been overdoses in apartments, parks and elsewhere.

Although some drug users are wary of the injection sites, about 2,200 people took advantage of them.

One regular client, a 57-year-old retired electrician from Queens shuffled out of the East Harlem site Friday afternoon with the help of a walker.

He said he had just shot two bags of dope, much less than he once would have used. But he suspected that what he had taken was mostly fentanyl. He asked to remain anonymous because he was on probation.

Fentanyl was detected in 80 percent of all overdose deaths in 2021, according to the health department report. About 40 percent involved fentanyl and cocaine.

A new danger also emerged: xylazine, an animal tranquilizer known as “tranq” and “zombie drug” that is sometimes added to fentanyl to devastating effect, including wounds that can require amputation.

Post-mortem testing by the city’s medical examiner in 2021 indicated that 429 of the people who died of an overdose had xylazine in their system. In 2020, xylazine was detected in just 52 such deaths.

The health department report released this week said that officials were working with nonprofit organizations “to explore the possibility of expanding” injection sites beyond the first two to other parts of the city, particularly the Bronx.

The city’s highest rates of fatal overdoses are in the borough, with South Bronx neighborhoods like Hunts Point and Mott Haven experiencing three times the citywide average.

The overdose death rate is highest among New Yorkers 55 to 64, a reflection most likely of fentanyl’s effect on older, longtime heroin users.

In The Hub, an area where four streets converge in what was labeled the Times Square of the Bronx, several opioid users accepted ham-and-cheese sandwiches from outreach workers early Friday while taking stock of the death toll.

One of them, Luis Colon, 49, ripped a hole into his sandwich bag with a thumb. He had switched to snorting heroin, often laced with fentanyl, because of an infection in his right arm that he believed had been caused by injecting drugs. Six of his friends had been killed by fentanyl, he said.

“I know New York is helping a lot of people with a lot of things, but they got to step their game up,” Mr. Colon said.

Ms. Jones, who overdosed three times last year, stood next to him.

Dressed in a red windbreaker and tie-dye tights, she referred to herself as the “grandmother” of the little South Bronx plaza where she was standing, often checking on other addicts to make sure they were not convulsing.

“When I sit around people that are getting high and I’m clean,” she said, “I feel like the outcast.”