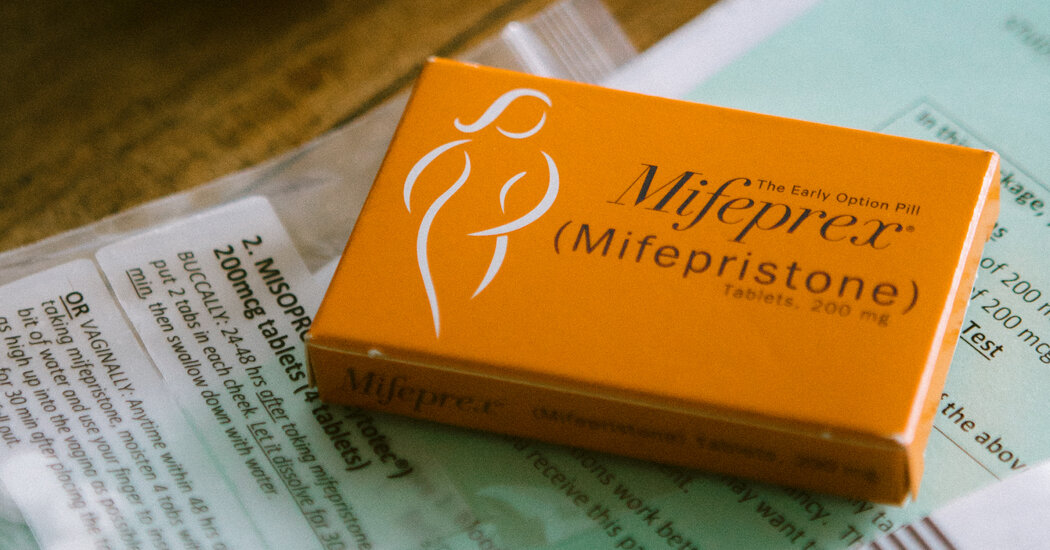 Two major pharmacy chains will apply to sell abortion pills under a new Food and Drug Administration regulation that will allow the medication to be offered by retail pharmacies for the first time.

The chains, CVS and Walgreens, said they planned to seek certification to sell the pill, mifepristone, the first pill used in the two-drug medication abortion regimen. Patients will still need a prescription from a certified health care provider, but the new federal action could significantly expand access to medication abortion because it allows any pharmacy that agrees to accept those prescriptions and abide by certain other criteria to dispense the pills in its stores and by mail order.

The pharmacy chains did not provide details about when they expected to be able to offer the pills, in which states or whether they would offer them only in stores or via mail order, or both. They said they would comply with laws in states that ban or restrict abortion, currently about half of the states.

“We plan to seek certification to dispense mifepristone where legally permissible,” Amy Thibaut, a spokeswoman for CVS, said.

A spokesman for Walgreens, Fraser Engerman, said in statement: “We intend to become a certified pharmacy under the program. We are working through the registration, necessary training of our pharmacists, as well as evaluating our pharmacy network in terms of where we normally dispense products that have extra F.D.A. requirements and will dispense these consistent with federal and state laws.”

Abortion pills, already used in more than half of pregnancy terminations in the United States, are becoming even more sought after in the aftermath of the Supreme Court decision last year overturning the federal right to abortion. With conservative states banning or sharply restricting abortion, the pills have increasingly become central to political and legal battles, and the decision to sell them could make the big chains another focus of the country’s divisive abortion debate.

The steps for pharmacies to become certified to dispense mifepristone are not difficult, but they involve some administrative requirements that go beyond the process pharmacies use with most other medications, such as designating an employee to ensure compliance.

For chains like CVS and Walgreens, the most logistically intricate step might be the requirement that pharmacies keep confidential the names of the certified health providers who prescribe mifepristone to protect their privacy and safety.

To fulfill that requirement, a chain like CVS would not be able to list a doctor’s name in a companywide database, for example, and would have to keep that information restricted to the store that fills that doctor’s prescriptions, according to an official with Danco Laboratories, one of the two makers of mifepristone, who spoke on the condition of anonymity because of the company’s concerns about threats from abortion opponents.

Mifepristone, which blocks a hormone necessary for pregnancy development, is authorized by the F.D.A. to be taken in the first 10 weeks of pregnancy, although many clinics and telemedicine providers have begun offering it up to 12 or 13 weeks into pregnancy. This is a step they can legally take because most states allow physicians to use medical discretion to prescribe a drug for a particular “off label” use if there is scientific evidence that it is safe and effective for that use. The World Health Organization supports medication abortion through 12 weeks’ gestation, and studies suggest it is safe and effective during that time frame.

The second drug in the regimen, misoprostol, has never been as tightly restricted as mifepristone and is used for many different medical conditions. It is easily obtained at pharmacies through a typical prescription process. Misoprostol, which causes contractions that expel pregnancy tissue, is taken 24 to 48 hours after mifepristone.

Mifepristone is currently approved only for abortion. But it is also used in the treatment of some miscarriages, and there may be pressure for pharmacies to dispense it for that purpose as well. Recently, dozens of groups, including the American College of Obstetricians and Gynecologists and the American Medical Association, filed a citizen petition asking the F.D.A. to take action to make it easier for mifepristone to be used for miscarriages.