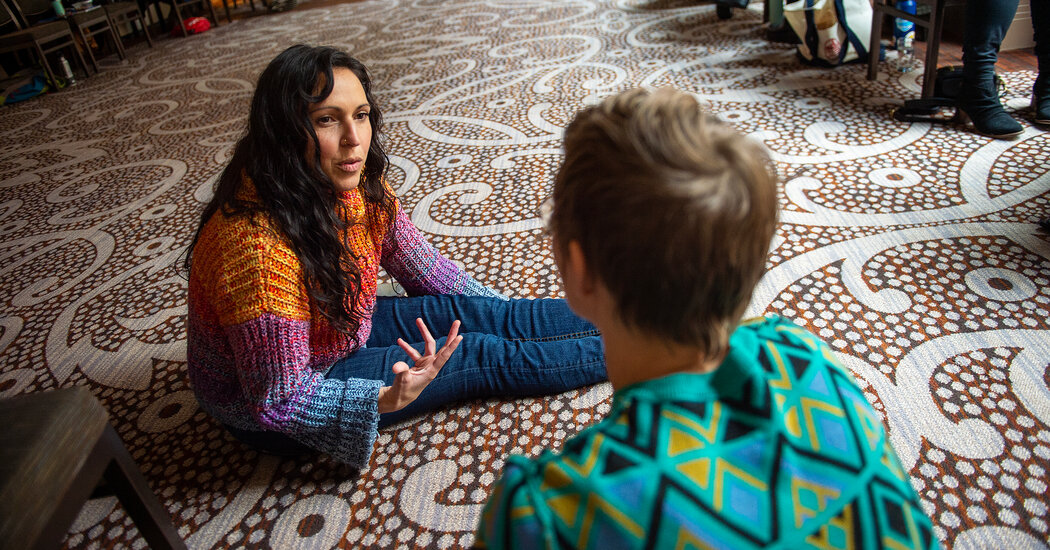 The certification programs are open to anyone with a high school diploma who has passed a background check. Licensure is limited to Oregon residents until 2025. But the Fluence program largely chose applicants with previous experience in the field of mental health — social workers, hospice nurses and psychiatrists.

The curriculum included significant emphasis on nontherapeutic matters, including Indigenous traditions involving hallucinogens, the negative social effects of U.S. drug policy and the impacts of systemic racism on marginalized populations.

Although psilocybin is widely considered safe and serious adverse reactions are rare, the practical aspects of the course sought to prepare facilitators for potentially difficult moments, including sexual arousal or intense emotional eruptions, especially among those with repressed trauma.

Nathan Howard, the director of operations at InnerTrek, another training company approved by the state, said the company was especially interested in applicants with a quality known as equanimity, or the ability to maintain calm in difficult situations. “You are going to be sitting with people undergoing perhaps one of the most intimate, intense experiences of their lives,” he said. “You don’t want to direct the experience — you’re there to observe — but you also might need to hold their hand at certain moments.”

The first day of the Fluence course was largely devoted to self-reflection, with many students voicing frustration with the limitations of psychotropic drugs like Xanax or Zoloft that are used to treat the symptoms of mental illness, not the underlying causes. Others spoke reverentially about their own experiences with psychedelics.

At one point, an instructor asked the students to close their eyes, meditate and think about what brought them to the hotel conference room. Later, they broke into small groups to share personal stories about times in their life they felt oppressed or marginalized. They also spoke about the lack of diversity within their ranks, prompting a round of soul-searching about their role in promoting a therapy that, for the time being, will likely only be available to the privileged few.

But mostly there was elation that the long-awaited moment of legalized psychedelics had finally arrived. Mr. Wright, the hospital psychiatric nurse, said he had personally experienced the healing power of psychedelics and wanted his patients to experience those benefits as well.

The prevailing model of psychiatric care, he said, was focused on calming patients who show up at the emergency room in the throes of a psychotic or manic episode. The drugs, Mr. Wright said, were effective at stabilizing patients, but many of them simply returned again because the underlying trauma or depression remained untreated. “I’m happy to be here,” he told the group, “so I can stop pushing ineffective drugs to my patients.”