Ethical Today Ethical Today is your news, entertainment, lifestyle website.
Home Stories Out Of This World by Alexandra Grabbe 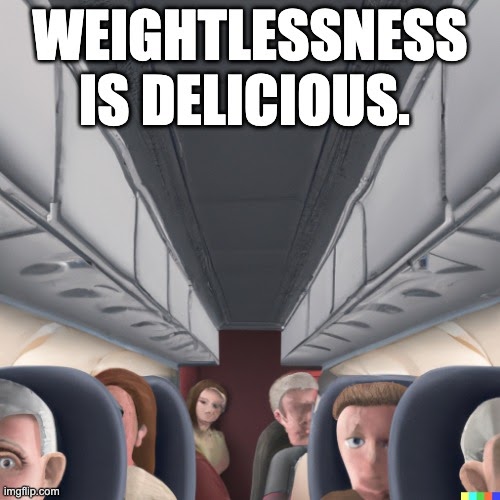 A cosmopolitan actress, who travelled to LA to chase a dream, reflects on her life and the life of the people she left behind; by Alexandra Grabbe.

I never meant to abandon my children. How could anyone think me capable of such deceit? It should go without saying that I wanted to raise Daria and Nadine myself. Desertion? Who deserts children on purpose? Such an attentive mother I tried to be, during their infancy anyway. It pains me to realize the level of misunderstanding my departure provoked. Oh, the finger pointing, the acrimonious comments! I can still hear the vicious voices in Paris all those years ago. What kind of woman would behave like that? How self-centered. How cruel. The truth is I intended to return. Give it a good year was my plan. I had everything figured out, month by month. But the trip to California turned out to be such a challenge…

The idea of being in pictures hit when I was little, way before leaving Russia. I remember the day my governess told Momma what a fine little actress I would grow up to be. Summer 1908, if I’m not mistaken. I took what Mademoiselle Lorient said to heart. And then there was my hair. Momma’s friends would slither their fingers through the silky stuff in an attempt to capture its magnificence. So many strangers admired what grew on my head that I started to believe I was truly special. Red-gold hair like mine bestowed superiority. First in Moscow, then in Constantinople, later in Paris, I would stand in front of the mirror with that Hollywood starlet look in the eye. Titian blond hair, like the golden-haired beauties of medieval Italy, that’s what my head grew all my life. So, blame the hair. Blame the Bolshevik Revolution. Blame my inability to pass the baccalaureate exam. But don’t blame me.

Fortunately my lovelies inherited brown hair from their father. That was about all he left them before his suicide. It was a relief to know they wouldn’t judge themselves superior or be led astray.

But I’m digressing. Where was I? Ah, yes. My journey to the United States in 1924. First, the train to Normandy and that wretched tramp steamer from Cherbourg on rough seas, then a bus from New York City, straight across the country. I rode a Pickwick night coach into Los Angeles. My heart skipped a beat as the driver passed all those orange trees. Even now I love orange trees, although I can no longer smell the orange blossoms.

Was I ever a wreck upon arrival. Dirty, dusty, tired, hungry. When the bus pulled up in front of the Union Stage Depot, I didn’t hesitate. I treated myself to a cab. I had the address of a rooming house, The Rookery. I felt right at home because a couple from Kiev lived down the hall. We spoke Russian together. Zinaida took me under her wing. I stayed a couple of months, enough time to get my bearings. A girl always needs to get her bearings. What pleasant walks we shared. I loved the lush vegetation and the palm trees and the bird of paradise outside my window. Sometimes we rode the streetcar to Venice Beach. The route crossed Culver City, which wasn’t developed yet. We passed bean fields and walnut orchards.

Culver City remains one of my favorite haunts with its film studios, especially now that one of my great-grandsons is a resident. Paul designs movie sets for Universal. His daughter Juliet has a turned-up nose like me, and red-gold hair. The little darling spends hours at the computer, playing a game called Minecraft. She has a habit of talking to herself and describes every click she makes. Whenever I visit, I hover behind her and listen. “The sun is starting to set. Oh, yeah. I forgot. There! A door for the garden. Ready to play. Better hurry ‘cuz it’s almost sunset. The Endermen and spiders come out at night. Uh-oh. We might get attacked. But I have safety. I can fly.”

My girls would have loved Minecraft had computers existed when they were young. Momma looked after them in our apartment on the rue de Monttessuy. My little sister Olga helped with homework. I did my best to make amends. I attended all their birthday parties, accompanied them to dance lessons and art school. I offered encouragement while they copied poems into their cahiers de poésie, listened as they recited La Fontaine to each other. While they went about their lives, I chattered away, doing my utmost to clear up what had grown into quite the misunderstanding. Suffice it to say they paid me no heed. Usually the only one who noticed was the cat. As soon as I slipped into the room, Koshka would prick up his ears and start hissing, back arched, claws extended.

Daria still lives in that apartment. There’s a superb view of the Eiffel Tower from the balcony. The deli across the street has belonged to an Arab since the nineties. As for Nadine, she raised three children in Ville d’Avray and married a doctor, Michel Chekhov. Yes, those Chekhovs. He died several years ago but I haven’t run into him.

I continue to divide my time between France and the United States. Oh, how I do love to fly. Over hills and dales I speed, zinging this way and that.

I must admit to having developed a commercial-aviation habit of late. For long journeys, I let myself indulge. I’ll hop on a plane at LAX. No reservations required. I like the fact that, should the plane crash, I won’t be among the victims. With the cool air currents, the passengers don’t even notice as I weave my way up and down the aisles. If I encounter any obnoxious kids, I float to the rear, where the stewardesses sit in case of turbulence.

Weightlessness is delicious. Sometimes I try to explain to my lovelies what they have to look forward to. This altered state is like staying young forever. My sister Olga understands. She’s 99 and has lived in California since the French left Morocco and the government appropriated her fruit business. What a dreadful time that was. But wait. Before we proceed, let’s get rid of some misconceptions.

So, I choose to dip back in, as I was explaining, my most recent visit being to California, Riverside to be precise. Olga claims to have chosen Southern California in order to research my disappearance, but that’s a fib if you ask me. She gave up as soon as the authorities told her it was practically impossible to find someone who had gone missing in downtown LA thirty years ago. (In my opinion, she came for the weather.)

Olga lived in five different countries before moving to America: Russia, Turkey, France, Germany, and Morocco. For a while, I trailed her around and even tried to leave clues. Unfortunately, she never noticed the feathers I blew in her path or the doors I pushed open. Of course, I kept close tabs on my sister, especially in Berlin during the war. Bombs exploded outside as she lay in a hospital bed, giving birth. I repeated over and over that Reiner was a cad, that he had another mistress. My efforts were all in vain. After the Paris Peace Treaties of 1947, she decided to raise her son in Morocco, what with the sunshine.

I’m glad to report Olga can hear me now. We’ve been having great conversations. After her 99th birthday, something must have changed in her brain. It worries her son Ilya who called the hospice team to say she has been having “hallucinations.” Hah!

I told her the whole story a few months ago. How Zinaida clued me in that they were casting dancers for the prologue at Grauman’s Egyptian Theater. I auditioned and had to show up for work the next day. The pay was only 35 bucks a week, but I went out and rented a proper one-bedroom at The Terraces, near the Garden Court Apartments on Hollywood Boulevard. That was about the time I met Myrna Loy. We became good friends that spring. How we laughed at the skimpy costumes they made us wear, burlap tunics with slits on the side, cut in such a way that the tunics kept slipping off our skinny shoulders. We were both hired for The Ten Commandments. Twice a day we did our dance routines. There was an orchestra and at least 100 people on stage. What fun it was to perform in front of a live audience. For dinner, we’d go across the street to Musso & Frank Grill. I always ordered a Caesar salad. The eggs were coddled back then, not hard-boiled. Of course I never splurged, saving money to wire home to Paris.

It was Myrna who got the big break and the rest is history. She was a redhead, like me. Beautiful auburn hair. (Just for the record, auburn is darker and Titian blond has more gold. Whatever the shade, people pointed us both out in that chorus line.)

Sensing success around the corner, I hired a manager. Herbie gave me expensive earrings, inspired by the discovery of King Tut’s tomb. He was very enthusiastic about my career options. “You’re absolutely gorgeous, out of this world, the cat’s meow.” He said I’d be following in Myrna’s footsteps in no time. We went on a couple dates before I came to the conclusion that it would be better not to mix social life with business. Herbie did get me auditions though and a role in a silent film. Zinaida introduced us. Oh, I know. I should have checked his references more thoroughly. Olga claims that was my first mistake.

These days Olga and I watch a lot of soap operas together. There’s a show I like but it’s only on once a week, Saturday nights: Celebrity Ghost Stories. She lives on Chestnut Street, in a yellow Victorian, haunted by a number of former residents, which means I have to hustle to secure the ceiling corner, the best view of her television set by far. Imagine my surprise when the host began to describe what happened to a certain starlet with strawberry blond hair, back in the ’20s. I paid close attention because he said the episode had been filmed on Hollywood Boulevard, where I rented that one-bedroom. The actress explains that her decision to date other men sent her manager into a jealous rage. The camera pans to a claw-foot tub and he’s pushing her body underwater while she gasps for air. I flew down and perched over Olga’s shoulder.

“No!” I screamed. “That’s not right. He murdered me with a serrated kitchen knife. Your script makes no sense. Why would I haunt that grungy old building? It’s the last place on earth I’d want to be.”

As I lay there dying, I prayed no one would ever hurt my girls. Nadine has eight great grandchildren now, and Daria devoted all her energy to the London branch of Save the Children until her retirement in 1990. Although I watched over them the best I could, my inability to communicate meant I was never able to apologize for my absence, a fact I deeply regret. The good news is my prayers seem to have been answered. They have both lived long happy lives. I guess everything works out in the end.