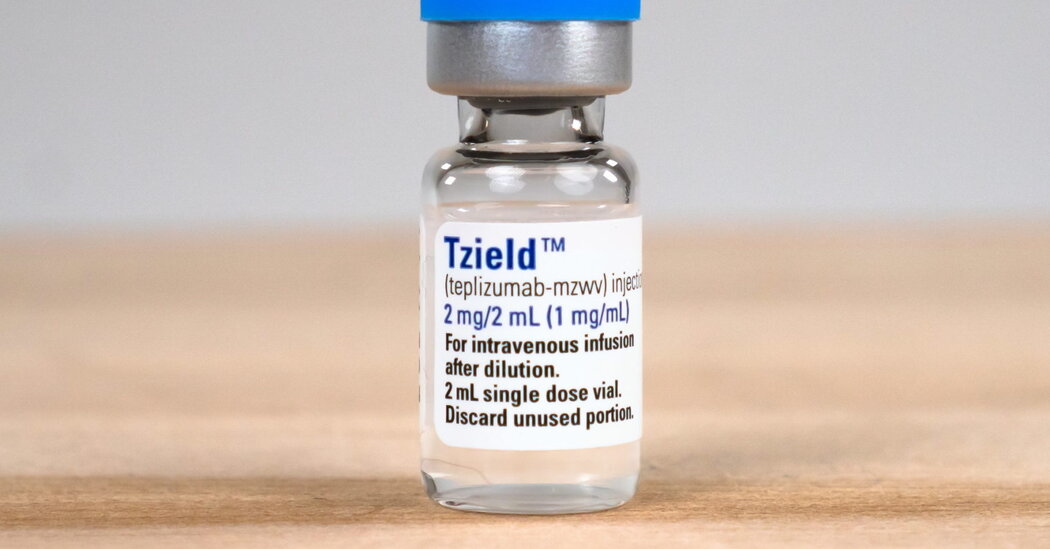 Now that the drug is approved, the challenge will be to find people who could benefit. Screening only people with immediate relatives who have diabetes will miss 85 percent of patients.

The JDRF, a nonprofit group that advocates for people with Type 1 diabetes and supports research, which, along with the N.I.H., funded the trial that led to the drug’s approval, wants antibody screening tests to become part of routine pediatric care.

“Most families say diagnosis is a bolt out of the blue,” said Aaron Kowalski, chief executive of the JDRF. And most patients, he added, are very sick when they first are diagnosed.

The group has conducted blood tests to look for antibodies in Germany and in parts of Colorado. And it has offered an at-home test people can order, underwritten by the foundation. But, Dr. Kowalski said, “we want pediatric offices to do it.”

Testing also offers another opportunity, he said. It turns out that antibodies indicating an immune attack often occur when people are as young as 5 or 6 years old, although most do not develop diabetes until they are teenagers.

Now, he said, his hope is to treat people even earlier, as soon as those antibodies emerge. Clinicians and the F.D.A. had previously objected to treating before the disease was clearly underway, asking, “How can you give an immunotherapy if they are normal?” Dr. Kowalski said.

But, he said, the antibodies tell a different story.

“They do have diabetes,” he said, although not according to the usual definition of the disease. “It just hasn’t unmasked itself yet. We need to help them save their beta cells,” the insulin-secreting cells of the pancreas.