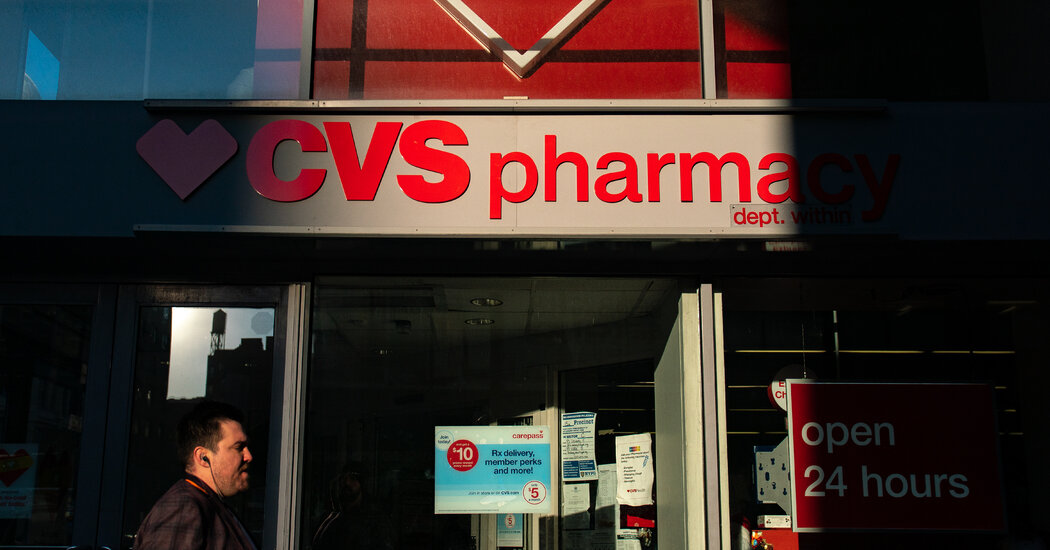 CVS and Walgreens, two of the nation’s largest retail pharmacy chains, said on Wednesday that they had reached tentative agreements to pay about $5 billion each to settle thousands of lawsuits over their role in the opioid crisis, a development that could signal the beginning of the end of years of opioid litigation.

Since 2013, a snowballing number of state, local and tribal governments have been seeking to make companies across the pharmaceutical industry pay to reduce the ongoing costs of addiction, death and crime in an epidemic that began with prescription painkillers. While most of the big opioid manufacturers and drug distributors agreed to pay billions of dollars in national settlements in recent years, the retail chains had so far resisted negotiating a broad settlement deal.

“My sense is that we’re nearing the end of the saga,” said Alexandra Lahav, who teaches complex litigation at Cornell University Law School.

Citing recent court decisions, she added: “Things weren’t looking super for them, so it makes sense that they were finally coming to the table. And I’m guessing the rest of the defendants are going to follow.”

In a sign that others may indeed follow, a person familiar with the negotiations said that Walmart had agreed to pay $3.1 billion in its settlement negotiations. The company declined to comment.

“We’re a lot closer to the end today than we were yesterday,” said Jayne Conroy, a lawyer on the negotiating committee who represents cities and counties.

CVS and Walgreens disclosed the tentative agreement in government filings. Finalization is conditional on an overwhelming majority of plaintiffs signing on, they said.

Fentanyl Overdoses: What to Know

Understand fentanyl’s effects. Fentanyl is a potent and fast-acting drug, two qualities that also make it highly addictive. A small quantity goes a long way, so it’s easy to suffer an overdose. With fentanyl, there is only a short window of time to intervene and save a person’s life during an overdose.

Stick to licensed pharmacies. Prescription drugs sold online or by unlicensed dealers marketed as OxyContin, Vicodin and Xanax are often laced with fentanyl. Only take pills that were prescribed by your doctor and came from a licensed pharmacy.

Talk to your loved ones. The best way to prevent fentanyl use is to educate your loved ones, including teens, about it. Explain what fentanyl is and that it can be found in pills bought online or from friends. Aim to establish an ongoing dialogue in short spurts rather than one long, formal conversation.

Learn how to spot an overdose. When someone overdoses from fentanyl, breathing slows and their skin often turns a bluish hue. If you think someone is overdosing, call 911 right away. If you’re concerned that a loved one could be exposed to fentanyl, you may want to buy naloxone, a medicine that can rapidly reverse an opioid overdose and is often available at local pharmacies without prescription.

Josh Stein, the attorney general of North Carolina, who is on the executive committee of states handling the negotiations, confirmed the company’s announcements. “While significant work remains, a broad coalition of states, in cooperation with lawyers representing the subdivisions, is making progress in our negotiations with CVS and Walgreens, and we are hopeful that we will be able to reach a final agreement on all terms,” he said.

Of the groups of defendants in the opioid litigation, the pharmacies were the last to be named and often the most eager to test the strength of their arguments in court. But in August, a federal judge ordered CVS, Walgreens and Walmart to pay $650 million to two Ohio counties. As the companies sensed that things weren’t going their way, they also settled in other cases brought in Florida and West Virginia and by two New York counties.

For years, the pharmacies maintained that they bore no responsibility for the epidemic — that they had only filled prescriptions of government-approved medications ordered by doctors. But plaintiffs’ lawyers argued that companies had turned a blind eye to the vast quantities of prescription opioids they were dispensing and the potential for diversion, ignoring warning flags.

Both CVS and Walgreens said that their settlement agreements represented no admission of wrongdoing.

CVS said that under the agreement the company would pay $4.9 billion to states and municipal governments over the next 10 years and about $130 million to tribes.

“We are pleased to resolve these longstanding claims, and putting them behind us is in the best interest of all parties, as well as our customers, colleagues and shareholders,” said Thomas Moriarty, the chief policy officer and general counsel for CVS Health. “We are committed to working with states, municipalities and tribes, and will continue our own important initiatives to help reduce the illegitimate use of prescription opioids.”

From powerful pharmaceuticals to illegally made synthetics, opioids are fueling a deadly drug crisis in America.

Walgreens said it would pay $4.79 billion over 15 years to the states and $154.5 million to the tribes. It would also pay $753.5 million in lawyers’ fees and costs, over six years. (CVS did not disclose what it would pay lawyers.)

“This settlement framework will allow us to keep our focus on the health and well being of our customers and patients, while making positive contributions to address the opioid crisis,” Walgreens said in a statement.

It is unclear how many states, municipalities and tribes will agree to these proposals, particularly given how protracted and contentious negotiations have been.

Walgreen’s announcement does not resolve a trial, starting Monday in San Francisco federal court, to determine the amount the company must pay to the city and county, which are seeking $8.1 billion over 15 years, to abate the cost of the ongoing opioid epidemic. Walgreen’s deal also doesn’t encompass a recently concluded New Mexico trial before a state judge, who has yet to issue a decision.

Although lawsuits against a number of companies still remain, with the announcement of the CVS and Walgreens deals, attention will be shifting to how the funds will be distributed and used.

Ms. Conroy said that some initial funds from earlier settlements had already been sent to communities and that, with the allocation structure in place dictating the portion each state and its municipalities get, the funds would only grow as resolutions continued.

But Ms. Lahav said that despite billions of dollars in settlements having already been announced, “They are a drop in the bucket compared to the damage, which is ongoing and massive.”

And she said that although the ongoing epidemic has largely shifted to black market drugs, it began more than 20 years ago with the abuse of the government-approved medications. “When you have a regulatory process that fails, sometimes there just isn’t enough funding to cover the costs,” she said.