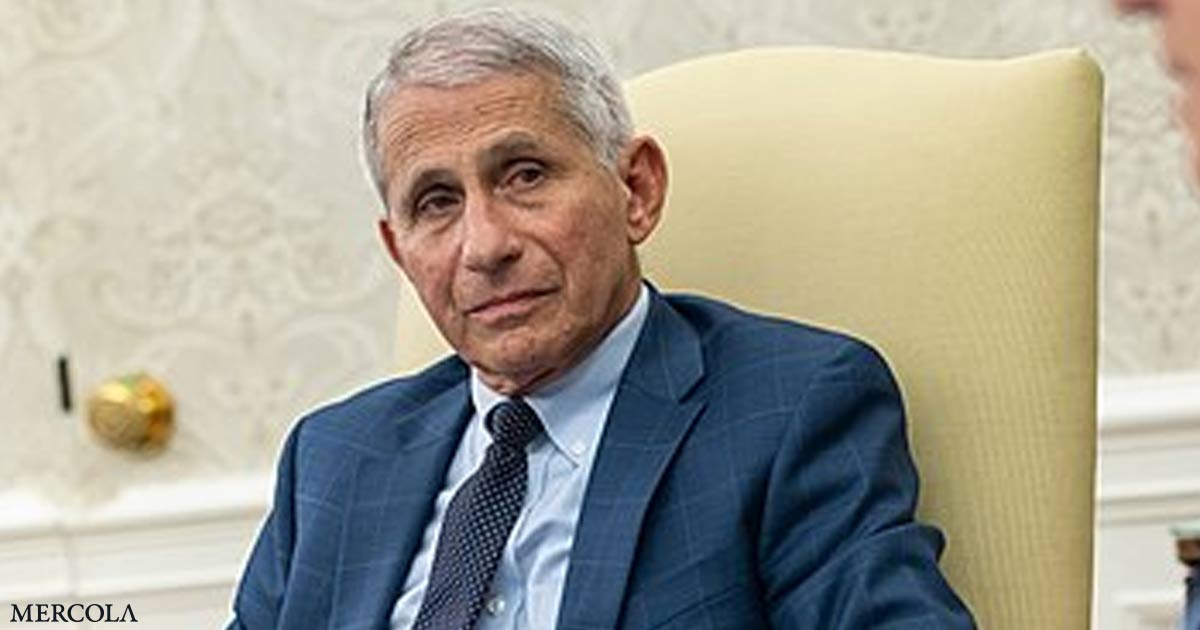 While there are hundreds of articles, dietary strategies, government agencies and food manufacturers designed to offer information on how to fight disease and optimize your health, you may be surprised to find that before the featured study, none concentrated on brain health or mental disorders as recently as 2007.1

In September 2018, researchers reported the results of a study focused on finding the best foods to eat to help fight depression. Dr. Laura R. LaChance and a team from the University of Toronto, and Drew Ramsey from the department of psychiatry at Columbia University’s College of Physicians and Surgeons, tackled the initiative. According to the study:

“A systematic literature review was conducted to derive a list of Antidepressant Nutrients from the 34 nutrients known to be essential for humans using level of evidence criteria.

The list of antidepressant foods based on the AFS3 is headed by watercress, the plant food with the highest score of 127%, with the highest animal-based food being oysters with a score of 56%, as you’ll see below.

The prevalence of depressive disorders, as well as the potential expense and current state of inadequate management of such conditions, was the driver for developing the AFS. The researchers stressed that each of the top foods can be integrated into any type of eating plan.

You may notice that not all the foods are necessarily familiar to everyone throughout the world; people in the U.S., for example, especially historically, have not found bivalve foods or seafoods readily available, just as people in some areas may not have access to leafy greens or other vegetables.

However, availability doesn’t always mean people avail themselves of the easy access to healthy foods; in fact, most of the adult population in the U.S. fails to meet the daily recommendations for vegetable intake. The Healthy People 2010 initiative, designed to increase vegetable consumption and other healthy habits, revealed that only 27.2% ate three or more servings per day.4

The Prevalence of Mental Illnesses and a ‘Recipe’ for Hope

LaChance and Ramsey’s study noted that among people aged 15 through 44 years, mental conditions, including depression, are the leading cause of disability worldwide. Increasing treatment options, including by considering “antidepressant” foods, should be “imperative” for dealing with the growing number of people struggling with such issues. Further:

“A growing evidence base, including the first randomized controlled trial, suggests that dietary pattern and food choice may play a role in the treatment and prevention of brain-based disorders, particularly depression … They recommend following a traditional dietary pattern such as the Mediterranean diet … and avoiding processed foods, for example those high in refined carbohydrate or sugar.

The basis for their research was centered, in part, around a meta-analysis6 involving scientists from Australia, Spain, Finland, the U.K. and France. Its aim was to address such disorders through dietary recommendations, along with a randomized controlled trial from 2017, dubbed “SMILES”7 (Supporting the Modification of Lifestyle in Lowered Emotional States).

SMILES, incidentally, involved the collaborative efforts of multiple experts from centers based in neuroscience, psychiatric, dietary, medical and other research centers throughout Australia. It concluded with the premise that “dietary improvement may provide an efficacious and accessible treatment strategy for the management of this highly prevalent mental disorder.”8

It also noted that addressing the association between what a person eats and what they don’t would very likely impact the number of related deaths. However, the idea for nutritional psychiatry becoming a “routine part of mental health clinical practice” came from LaChance’s and Ramsey’s use of Lancet Psychiatry’s fundamental observation:

“Evidence for nutrition as a crucial factor in the high prevalence and incidence of mental disorders suggests that diet is as important to psychiatry as it is to cardiology, endocrinology and gastroenterology.

Evidence is steadily growing for the relation between dietary quality (and potential nutritional deficiencies) and mental health, and for the select use of nutrient-based supplements to address deficiencies, or as monotherapies or augmentation therapies.”9

One important observation scientists made in the course of the featured study was that deficiencies in long-chained omega-3 fatty acids, B vitamins, zinc, magnesium and vitamin D are unquestionably implicated in the “pathophysiology” of depression.

More specifically, the impact foods have on inflammation,10 and the influence of dietary fiber on your gut flora,11 are two important factors when looking at the best foods to eat for mental health. One source came from a study focused on the “powerhouse” fruits and vegetables most strongly linked to lowered chronic disease risk.12 That said, the highest scoring plant-based foods for depression are:

Vegetables are highly nutritious, often with an amazing array of phytonutrients that can’t be obtained from anything else, but there are downsides, thanks to modern food production.

Case in point: Although it’s been labeled a probable carcinogen, glyphosate, one of the most common and problematic pesticides, continues to be used on crops, poisoning many of your foods. Birth defects, infertility, neurological disorders, endocrine disruption and cancer are all listed as potential risks of exposure, according to multiple studies.13

Genetically engineered (GE) growing operations are some of the worst examples of what’s being done to your food, and GE crops are commonly sprayed with glyphosate. As a result, an estimated 60 million acres of farmland are now overrun with glyphosate-resistant superweeds, according to the Union of Concerned Scientists.14

Based on the USDA’s Pesticide Data Program (PDP) Report,15 the Environmental Working Group16 provides annual lists of the “Dirty Dozen,” the vegetables and fruits with the highest amounts of pesticide residue (a list that changes slightly year by year) and the “Clean 15,” the plant-based foods that are the least likely to contain pesticide residue.

The 2018 list shows spinach as second on the list, and sweet bell peppers as twelfth, but there’s a remedy when you’re not sure how to deal with vegetables that may be contaminated with pesticides or other harmful chemicals: Scientists report that washing your fruits and veggies in baking soda can get rid of as much as 96% of the toxic pesticides that contaminate most fruits and vegetables. Buying organic is also important.

In regard to eating foods to offset depression, the focus has shifted from studying individual nutrients to evaluating overall dietary patterns. Traditional and whole foods (aka a healthy diet) can definitively be linked to symptoms becoming fewer and further between.

One study,17 among others, notes that people on the so-called “Western” diet, rife with unhealthy fats and sugars, may have a higher risk of depression, attention-deficit disorder18 and other problems.

While caribou and whale liver, blackfish, boar, antelope and longan fish were all excluded from the featured study due to the lack of availability, the highest-scoring animal-based food groups include the following foods, followed by possible caveats for your health:

It also should be noted that papaya, lemons and strawberries, each with a score of 31%, had higher AFS scores than several of the seafoods, such as snail, salmon, herring and snapper. Fish is considered the ultimate superfood, but be careful when purchasing to make sure it’s not on the list of the worst fish, as it’s liable to be tainted with heavy metals such as lead, mercury, arsenic, cadmium, PCBs (polychlorinated biphenyl) and/or radioactive poisons.

There’s also rampant issues with concentrated animal feeding operations (CAFOs) which more often than not involve diseases, pollution from excrement, a diet of too much grain and animal byproducts, banned antibiotics and carcinogens, not to mention horrific environments.

Tuna, with a score of 15 to 21% on the AFS, is one of the most-consumed seafoods, but it has serious issues for your health due to mercury toxicity. Wild-caught Alaskan salmon is one of the best foods you can eat, but be sure when purchasing that it’s not farmed fish, aka “CAFOs of the sea,” as it’s likely to be toxic due to its diet of GE soy and corn, not to mention mercury and other heavy metals.

Herring are one of the top five healthiest fish. According to NPR, Geoff Shester, California campaign director for the marine protection group Oceanalert, describes it as a “local, sustainable food source,” and says, “Herring are delicious, with flaky, mild meat and oil …”20 Also, note that smaller fish like sardines, anchovies and herring generally have fewer contaminants and are high in omega-3 fats.

These 7 Real Foods Are Your Best Bet for Fighting Depression

It’s very important (not to mention encouraging) that the medical community seems to be grasping the fact that food — not solely medical intervention in the form of drugs and/or psychotherapy — may very possibly be the best hope we have of regaining the mental foothold required, individually and collectively, to both approach and be successful at life. To sum up, the top seven foods to help fight depression are as follows:

1. Oysters, but avoid those from contaminated waters

2. Mussels, also be sure they’re from unpolluted waters

4. Organ meats, but only those from grass fed animals (not CAFO animals)

Making it even easier for people to eat good foods without becoming overwhelmed by erroneous dietary restrictions, the researchers of the featured study noted another study from BMJ in 2016.21 It addresses issues with foods that many medical professionals had until recently insisted were “harmful.” The old-school narratives on saturated fat, cholesterol and sodium are being overturned based on more recent research.

Moreover, the harmfulness and potential benefit of nutrients such as saturated fat, cholesterol and sodium for both physical and mental health are being reevaluated based on more recent research, and cholesterol is no longer considered a nutrient of concern according to the most recent Dietary Guidelines for Americans.

The study authors also observe that mental health professionals may or may not be equipped to support behavioral changes, of which dietary change is simply an example. But the AFS list can be used as a tool, if not by medical personnel to refine their nutritional recommendations for their patients, then by you as a consumer to intelligently refine — or redefine — your nutritional choices.