Ethical Today Ethical Today is your news, entertainment, lifestyle website.
Home Life Style How Many Kids Do You Have? 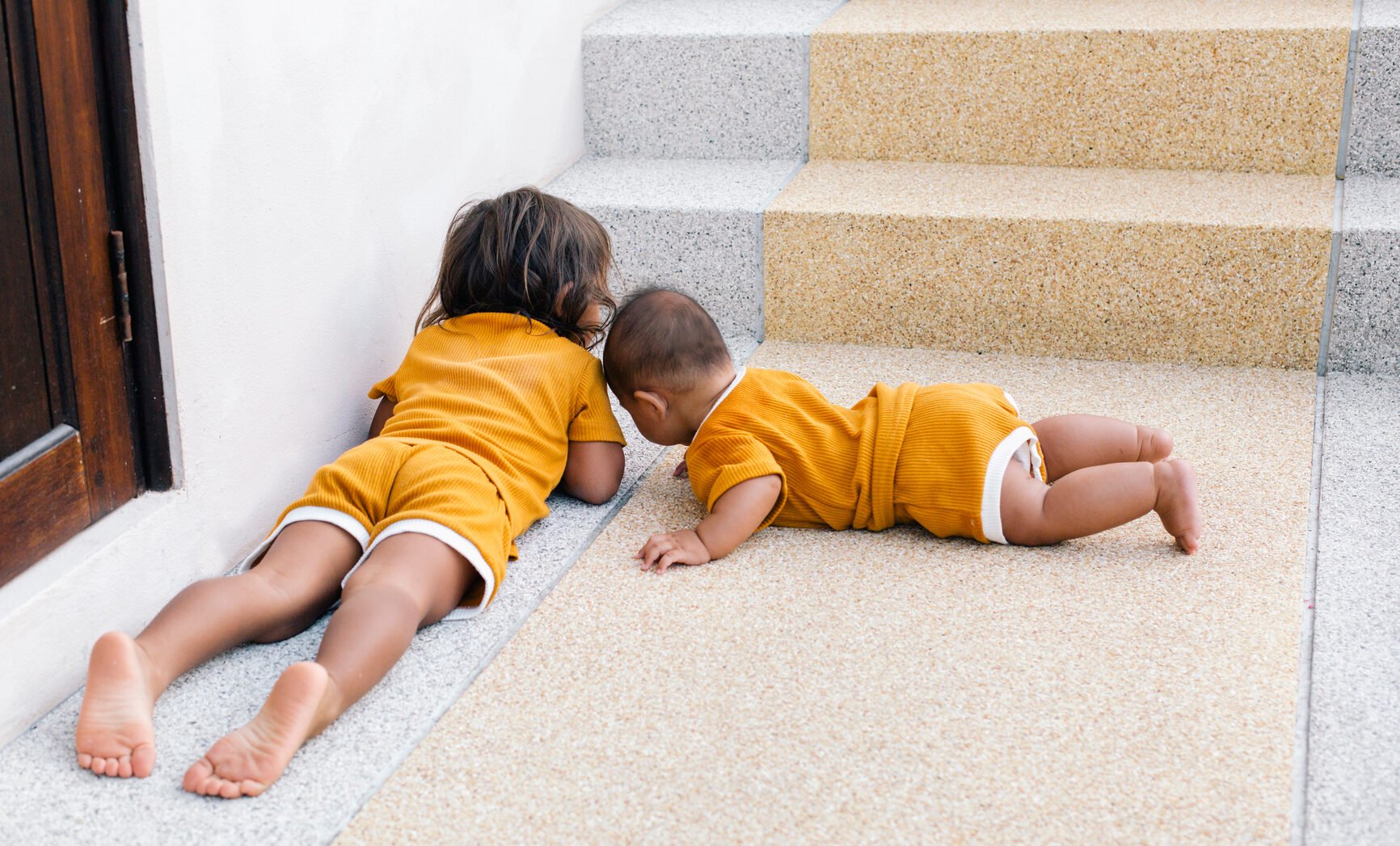 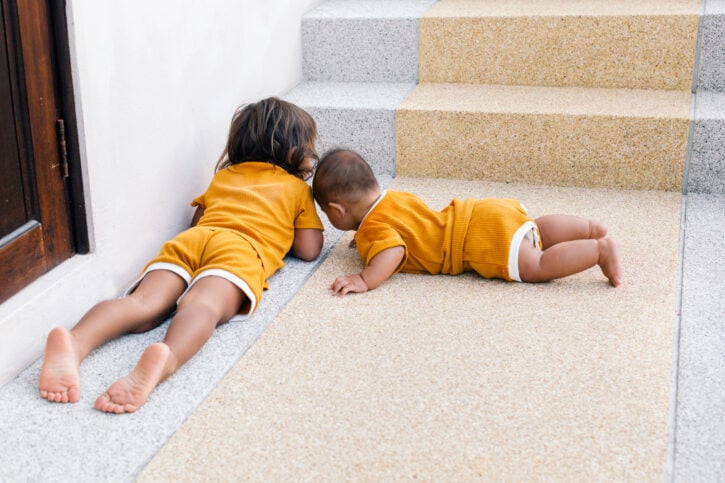 Growing up, I was one of four kids, which made us an anomaly in New York City. But my dad grew up in a household with nine children, and my mom is one of four. Whenever I asked my parents how they settled on four, they said they wanted a bunch and that felt like a good stopping point. I don’t yet have kids, but I was curious to hear how others have made these decisions, so I asked six people to share the factors that impacted their family size…

At 18, I was in a grocery parking lot with my mom and said something like, ‘When you have kids…’ I responded, ‘I’m not going to.’ At the time, it surprised both of us, and it took years of conversations — with both her and my dad — to convey to them that this decision wasn’t a reflection on their parenting. I’ve never felt the pull toward having kids. Over the last two decades, my conviction has only grown stronger, and I’m lucky enough to have a husband who feels the same way.

I’m never not surprised by the people who feel entitled to weigh in. Friends and family members, sure, but also a swathe of strangers — mostly men — who have vocalized their opinions. There was a co-worker who gave me a speech during a car ride, a TV journalist who questioned my stance after an interview, and a building contractor who told me I’d regret my choice.

There is immense societal pressure to build a certain kind of life — to find a partner, go after a certain type of career, settle into a home, and, of course, have kids. For me, realizing that there are so many ways to find contentment and that different choices can open different doors has been a revelation.

My husband initially thought he would be ready to have kids one day, but when I was in my mid-30s, we ended up in therapy because I was ready and he wasn’t. I read lots of books by authors who had chosen not to have kids, and I could see my life blossoming into richness without procreating. But then one day, he said, ‘What if we just stop using condoms and see what happens?’ A few months later, I was pregnant, and our twins were born prematurely in July 2020. I am now a stay-at-home mom. I have professional aspirations that I plan to get back to someday, but for now we’re able to make this arrangement work and I’m grateful for it.

My wife and I were always very open with each other with what we envisioned for our lives, and kids were always part of the equation. My wife had a healthy, unremarkable pregnancy.

In August 2020, she went into labor and needed an emergency C-section. Long story short, sometime before Gilli was born, she suffered either some type of stroke or there was some event where blood and oxygen was cut off from her brain. She spent about a month in the NICU. Gilli has been diagnosed with several disabilities, including cerebral palsy, epilepsy, bilateral hearing loss, and a type of blindness. It flipped our world upside down.

Early on in Gilli’s life, we were talking to some doctors about milestones, and they said, ‘Let’s throw the standard timeline out, it’s going to be different for her.’ We get so excited about every tiny, tiny, tiny thing. There’s way more to celebrate. She sat up for a second! Or five seconds! Or 10! She ate a little bit of food with her mouth! Of course, there are times when I see a toddler in the neighborhood who is doing things Gilli might not ever be able to do, and I feel a bit sad, but that passes.

At two, Gilli is a wild child. She loves fast movements, loud sounds, and being tossed in the air. She has an amazing sense of humor and wants to be part of the mix. If my wife and I are having an argument and the temperature in the room rises, she always verbalizes this ‘Grrr’-sound, and we’re like ‘You’re right, Gilli, we need to chill out.’

We are unbelievably privileged: we’re like upper middle class and have great jobs with health insurance. Gilli is on my insurance, my wife’s insurance, and Medicare. My primary insurance has been billed $745,000 for Gilli since January and this has been a year where she hasn’t had any hospitalizations. We’re always dealing with insurance companies; it’s overwhelming. But there are so many other families with children like Gilli who don’t have that kind of insurance or financial security. I can’t even imagine what it’s like for them. I’m now a very strong advocate for universal healthcare.

We always wanted to have a few kids, and my wife is now pregnant again. Because she’ll have another C-section and won’t be able to lift Gilli for several weeks, our plan is for me to be Gilli’s primary caretaker, while she focuses on the baby. We’ll probably have a third eventually. I think Gilli is going to absolutely love being a big sister.

I grew up as a closeted gay kid in suburban Pennsylvania in the 1980s. That culture made me believe that gay men led isolated and lonely lives. There were very few gay role models in my life or in media, and definitely no men with kids. While I wanted to be a dad in my heart, my mind didn’t see a path to parenthood.

My husband and I met 20 years ago. We discussed children at a dive bar on our very first date. He had worked as a camp counselor and seemed like perfect dad material. Even under the spell of new love and Jager shots from the night we met, I still didn’t believe I could be someone’s father.

But a few weeks after our wedding, we attended the amazing Adoptive Parents Committee conference and learned so much about adoption and parenting. Being in the same room with adoptees, birth parents, and parents through adoption changed us. I really, really recommend it.

We chose to become parents through domestic private adoption because we wanted to have a close relationship with the birth mother. We worked with an adoption attorney and did our own outreach to try to connect with prospective birth mothers. We had a 1-800 number that prospective birth moms could call that rang right on my cell phone. I assumed that birth parents would be less likely to choose us because we are gay and that our wait to have a child placed with us would be longer. That turned out not to be the case. By the fall of 2015 we were in labor and delivery waiting for our boy to be born!

We have an open adoption and a post-placement agreement with our son’s birth mother that laid out how often we would stay in touch and share updates. We created a private Facebook page and continue to share milestones and photos.

Adoption is an intense and amazing journey of love. We decided that once was enough, unless God sends us a strong sign that someone else was meant for our little family. We’re listening, but also very settled as a family of three, and three has become our lucky number.

In my late 20s, I decided that if I was single at 35, I would pursue single motherhood. So, I made an appointment to see a fertility doctor in January 2017. I narrowed potential sperm donors down to a ‘top ten’ and sent the links to four friends. I had them come over for a ‘dinner and donor’ party where we then narrowed it down to three. The top three were pretty hotly contested; it was a fun evening.

I ordered three vials of the ‘winner’ and had three unsuccessful intrauterine inseminations (IUIs). That donor was sold out when I went to re-order, so I ordered three vials of donor number two. I got pregnant with my daughter using the first vial. I was slightly demoralized after three failed IUIs, so seeing the first faint positive on a pregnancy test was surreal. After debating having a second child for years, I settled on using my two remaining vials and accepting that outcome. I went in 2021 to try again and got pregnant using the second vial. My son will be born this month. I still have the final vial, but am quite confident that two is all I can handle.

We’re LDS, and it’s not unusual to see big families among Mormon congregations. Both my husband and I are one of eight siblings. I enjoyed growing up in a big family with a strong family identity, and I wanted that experience for my own children. I figured that my husband and I would discuss how many kids to have, and if we weren’t sure (on timing or number of kids), we could always take our questions to God.

We ended up having our first child a week after our second wedding anniversary. I was 23. One summer day, when our first baby was six months old, I was filling a blow-up kiddie pool in the backyard and had a realization that the baby stage was not my favorite thing. I felt an urgency to get all the kids here as soon as possible so that I could move past the baby stage.

After our third baby, who was born just after we moved to New York, I experienced some severe postpartum depression and was eventually able to find relief with a combination of Wellbutrin and going to work full-time. Once my brain and our lives felt more stable, we decided to keep growing our family. That included Baby Four and Baby Five.

Eventually, we moved from New York to Colorado, and life felt so much easier and calmer there. Baby Six was born almost four years to the day after Baby Five. (It was interesting to notice that the four year space was by far the easiest of the spacing we tried. Maybe they should have all had four years in between!)

Our oldest is now 24 and our youngest is 12. Parenting has gotten easier as our kids have aged, but it’s challenging that each deserves as much one-on-one parenting time as they want and we can’t always deliver that. Getting to be together with all six is just a treasure and delight. So much laughing, kindness, music, creativity, and cooperation. I find it almost overwhelming (in a good way) to experience our family time — I like being around these people so much and sometimes it feels like it’s too good to be true.

What about you? How many kids do you have or hope to have? How did you land on that number?

P.S. 12 reader comments on siblings, and have you felt ‘the ache’?