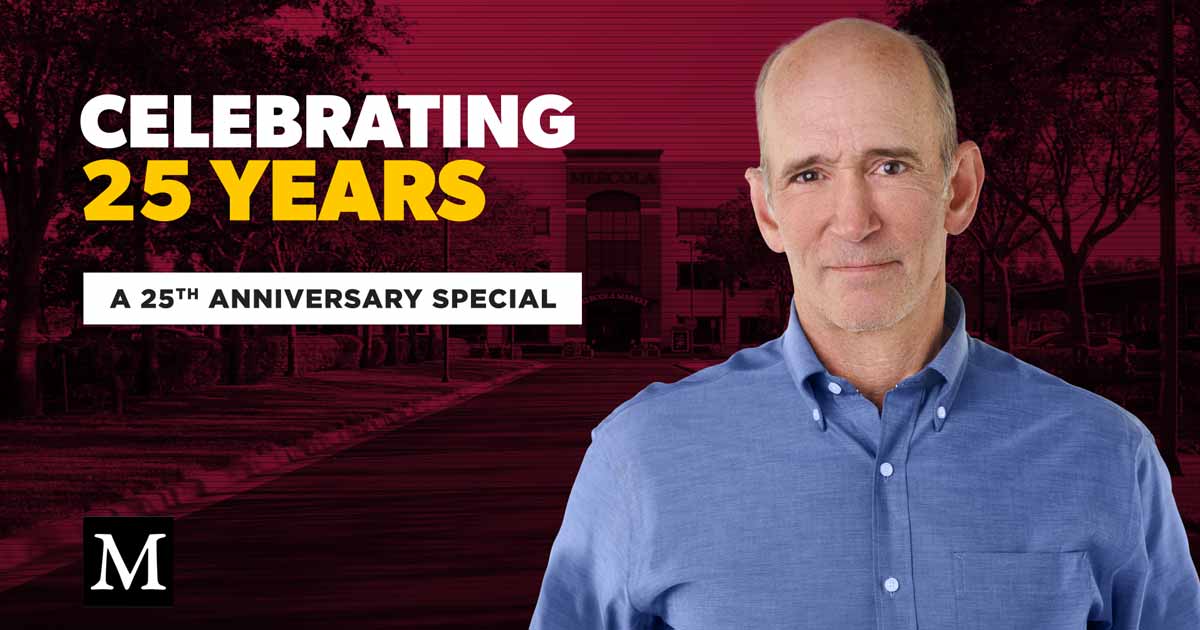 It is really hard to believe but this month, August 2022, marks the 25th anniversary of my website, Mercola.com. When I started this site I was the only employee. I found the studies and wrote the articles and then posted them to the site and sent out the emails to notify subscribers.

I understood very clearly that I would have a limited capacity to ever reach more than 100,000 people in my professional career, but then I realized my tech passion and fondness of the internet would allow me to share vital health information with exponentially more people than I could ever reach through my private medical practice.

Instead of reaching 100,000 people, we have reached hundreds of millions of people in every continent on the planet. Please be sure to watch the video above that I created to share this story in more detail.

I stopped seeing patients about 10 years ago, but to this day, one of my greatest rewards is connecting with people when I travel and lecture, and hearing the stories of how people’s lives have changed based on what they’ve learned from this site.

For example, the end of mercury dental fillings is now near, as nations around the world have banned mercury fillings for children and pregnant women, and Envista, the last publicly traded manufacturer of dental amalgam in the U.S., has stopped manufacturing amalgam containing mercury.

FAN has also successfully put an end to water fluoridation in many areas around the world. Both of these — mercury and fluoride — are pernicious poisons with severe adverse effects on health, so with each victory, countless lives are being protected and saved.

This progress has only been made possibly through your support, both through direct donations during our annual fundraisers and through your purchase of the products we offer, as 10% of our net revenues are donated to our nonprofit partners. This is why The Washington Post gave me front page coverage in December 2018 and identified me as the primary funder of the “anti-vax movement.” I was only able to do that because of your tremendous support of our products.

Last year, I made the difficult decision to remove more than 15,000 articles from my site, in order to “survive to fight another day.” World governments have partnered with drug companies, the World Economic Forum (WEF), the World Health Organization and other technocratic institutions to implement what they’re calling The Great Reset.

Mass surveillance, propaganda and pervasive censorship is being deployed to seize control over every part of your life, including your health, finances and food supply. Big Tech is an indispensable ally in this effort, as their ability to control the sharing of information is unparalleled. Media are another key ally, and they have been instrumental in spreading propaganda to fuel false fears.

Rolling out the social engineering program in tandem with the COVID pandemic has been disastrously effective. Never before have people been as grossly misled as they’ve been during the past two and a half years, and the reason why is because these players have had what no other dictator ever had — near-total control over information.

Circumventing the Outlawing of Free Speech

Since the beginning of the COVID pandemic, exchange of ideas has basically been outlawed, and by sharing my views on the pandemic, COVID treatment and the experimental COVID jabs, I became a target of the White House, the political establishment and the global cabal.

Sen. Elizabeth Warren pressured Amazon to ban my best-selling book, “The Truth About COVID-19” (but did not succeed), CNN stalked and harassed me at my home, and legacy media and even the POTUS himself used a fabricated report to smear me as a dangerous “disinformation agent.”

YouTube banned me without so much as a warning, deleting tens of thousands of hours of work. Twitter often censors members from sharing links to my articles, and Google shadow-banned me, changing their algorithms to push my articles down in its search results.

Smear attacks and censoring is one thing, but financial institutions — which are also part of the global cabal — have also targeted those who counter the official narrative, and these kinds of attacks are far more problematic and difficult to protect against.

The same week that YouTube deplatformed me, PayPal banned my nonprofit partners, and banks canceled both my personal and business accounts. The intention was clear. They wanted to incapacitate my ability to share information, and they were willing to go to great lengths, including illegal and immoral ones, to do so. Fortunately, we found an alternative solution.

Since so many of the attacks involved retraction and article removal demands, the solution we came up with was to remove all the articles from my site, 48 hours after publication, and migrate them over to Substack, a private member association (PMA), which protects us from these kinds of censorship attempts.

This way, my articles are still free to read for 48 hours on my site, and those who want unlimited access still have that option for a small fee. Joining Substack was simply the best option available to keep this content alive. The $5 per month membership fee goes toward supporting our four nonprofit partners.

We must never sacrifice our freedom for a false sense of security. Freedom of speech is paramount and must be protected at all costs. Understand that, once a standard of care is dictated by government, or the power to dictate health and treatment of disease is handed over to a global authority like the WHO, you will lose all ability to control what happens to you.

The best person to take control of your health is YOU. We’re now in an era where this most basic of rights is threatened.

The fact of the matter is, the best person to take control of your health is YOU. We’re now in an era where this most basic of rights is threatened. The global cabal is hell-bent on controlling everything about you, including your body and mind.

We’re basically in a fight for the very survival of the human race, which transhumanist technocrats intend to destroy and replace with a humanity of their own making — a “slave race” without self-determination — and to combat this threat with any hope of success, we must fight for our right to free speech, and share information to wake those lulled into complacency by this social engineering program.

If this sounds like hyperbole than I strongly encourage you to view the 90-minute video of vaccine injuries that we ran last week.

Where to Find the Latest Mercola News

While accessing life-saving information has become exponentially more difficult, it’s not impossible. You just have to know where to look. To keep abreast of the latest health news and research, you can: