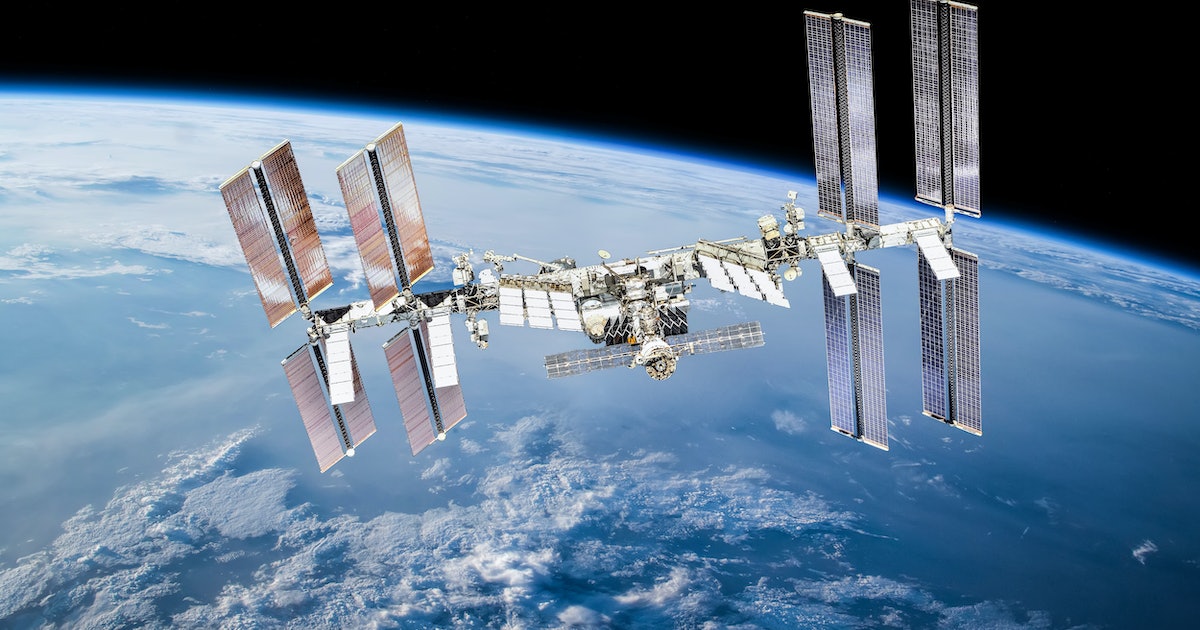 NASA astronaut Kjell Lindgren concentrated on the question posed to him from Earth’s surface. On Tuesday, he showed up alongside colleague Jessica Watkins to give a presentation about the exciting science of their current home — the International Space Station (ISS).

But Lindgren received an abrupt request to comment on the day’s big news: the new Russian space chief Yuri Borisov said the nation, which has been a steady NASA partner in space and that has ferried American astronauts up to the ISS as recently as 2020, would end their decades-long space station collaboration.

The news spread on Tuesday after the Kremlin published a transcript meant to represent a dialogue between Borisov and President Vladimir Putin, in which Borisov tells Putin that Russia will end their partnership on the ISS in 2024.

“That’s a good question,” Lindgren said after twiddling with the microphone in microgravity.

“That is very recent news so we haven’t heard anything officially. Of course, we were trained to do a mission up here, and that mission is one that requires the whole crew,” he said. He added they continue to work with the principal investigators of the experiments that reached them about 250 miles above the planet as recently as mid-July. “It’s a privilege to be able to do that,” he said.

“We continue to work towards mission success, and that is everybody working together to accomplish the science and keeping the crew and the vehicle safe.”

In the letter between Borisov and Putin, the former writes that Roscosmos may make good on its promises to exit the station.

“Mr. Putin, you know that we are working within the framework of international cooperation on the International Space Station,” Borisov says in the transcript. “Of course, we will fulfill all our obligations to our partners, but the decision to leave this station after 2024 has been made.” Russia will continue its presence in space, Borisov tells Putin. To that end, Russia will establish its own space station in low-Earth orbit.

NASA has not yet made a major statement about the Kremlin’s announcement. But one leader says this announcement is not official yet, according to a Tuesday report from Reuters.

During the International Space Station conference in Washington — in which Lindgren and Watkins were participants when asked about the news — the NASA director of the space station, Robyn Gatens, made a comment.

“Nothing official yet, Gatens said in an interview at the conference, according to Reuters. “We literally just saw that as well. We haven’t gotten anything official.”

Earlier this year, NASA and the European Space Agency (ESA) said their member states would sanction Russia for invading Ukraine. A few weeks ago, NASA also condemned an image of three Russian cosmonauts in space holding flags of occupied territories and citing this action as “fundamentally inconsistent” with the station’s “peaceful purposes.”

What’s next — The United States is not the only space partner of Russia. China has close ties with Russia, which inspired many structural elements on their spacecraft as they developed their much newer space program. The New York Times reports that their current collaboration talks are focused on the Moon, and that a China-Russia partnership in low-Earth orbit is unlikely because China’s new Tiangong space station flies on a path not accessible from Russia.

This decade is already rife with major changes for humanity’s presence in low-Earth orbit. The ISS is likely coming to an end with this decade, and whether or not commercial projects from companies like Axiom Space will be ready to replace that void by then is still uncertain.