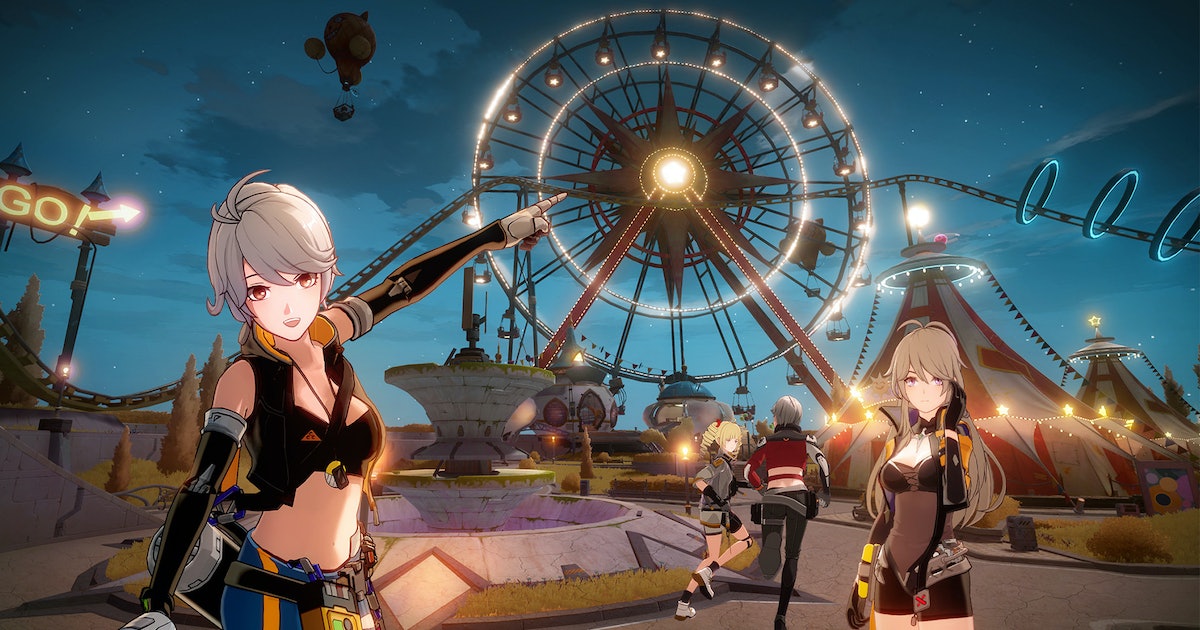 Tower of Fantasy is the talk of the town in the mobile game market. Hotta Studio, a Chinese indie developer, has reached over 2.5 million pre-registrations for this Genshin Impact lookalike. Players can’t help but notice the inspiration it takes from its competitor’s open-world exploration and anime-inspired aesthetics. However, many have also already vouched for the game’s quality separate from its inspiration. It might look like Genshin Impact on the outside, but it’s different at the heart.

If that’s the case, Genshin Impact fans might want to buckle up. Here’s what we know so far about Tower of Fantasy.

Does Tower of Fantasy have a release date?

Tower of Fantasy will launch sometime in Q3 2022. Q3 refers to the third quarter of the fiscal year, which starts on July 1 and ends on September 30. The Tower of Fantasy beta just ended on June 26, so the game likely won’t release as soon as the start of July.

Steam lists the release date as H2 2022 — a.k.a. the second half of the year. Meanwhile, the App Store lists it as August 11, 2022. However, this date hasn’t been confirmed by the developer. Either way, the answer is the same. Tower of Fantasy doesn’t have a release date yet.

How do I pre-register for Tower of Fantasy?

Tower of Fantasy just launched its official website. You can pre-register there directly with your email of choice. Enter your email address in the text prompt to send a verification link to yourself. Once you verify your email, you should receive a notification for successfully pre-registering.

There’s not much to do after that, though. The reply bot just sends a confirmation that you will receive pre-registration bonuses when the game comes out.

What are the pre-registration bonuses for Tower of Fantasy?

It’s in players’ best interest to get as many friends to pre-register as possible. Hotta Studio announced that the pre-registration rewards will depend on the number of registrants:

Does Tower of Fantasy have a trailer?

This trailer launched with the pre-registration website. There’s also the beta trailer that came before it, which focused on the outline of a story. Meanwhile, the latest trailer showcases the world’s fantasy and sci-fi inspiration with foresty areas next to modern, technologically advanced ones, and lets us see three of the main characters in action.

Tower of Fantasy is a “shared world RPG,” which works similarly to MMORPGs. You control one customizable protagonist whose build can drastically change depending on the weapons and accessories you equip. It’s up to you and your friends to figure out who equips what so that you form an effective team that hits hard without dying. Bless healers.

Real-time combat works similarly to other action RPGs. Weapons and abilities work at the click of a button, so they land at the discretion of the player. For example, you can charge your arrow before you shoot or aim for an enemy’s head to activate a headshot multiplier. Weapons range from swords to guns and take inspiration from both fantasy and sci-fi tropes.

Players also should adjust their builds based on the enemies. Some weapons come with armor-piercing abilities, which are especially powerful against armored bosses. There’s also “weapon resonance,” which works similarly to Genshin Impact’s elemental resonance. Instead of pairing characters of the same element, pair compatible weapons and equipment for a boost.

What is character customization like in Tower of Fantasy?

Tower of Fantasy boasts a highly sophisticated character creator. You can customize every detail down to the cheekbones, including face shape, hair length, and body shape. Like many other RPGs, you also can change (or buy) outfits to explore in style.

Players can also share character designs with each other. You can export your design to share it with friends, or import one to copy another player’s look.

What are Simulacrums in Tower of Fantasy?

Simulacrums are collectible characters that help you fight in Tower of Fantasy. If you plan on playing solo, these recruits will come in handy for facing foes on your own. As per the latest press event, there will be at least 10 Simulacrums available for players to collect at launch. Most of them can be unlocked through gameplay, but some can only be bought through the store.

What are Relics in Tower of Fantasy?

Relics are Tower of Fantasy’s version of “vehicles.” Some examples include jetpacks, tanks, and motorcycles. One person used a motorcycle during the beta, which they said suited the sparse landscape they tested.

You can collect Relics in the game, even if they aren’t all available to you at the start.

Does Tower of Fantasy have microtransactions?

Yes, Tower of Fantasy has items available for purchase using real money. It sells in-game currency and Simulacrums in its shop. However, you don’t need them to play the game. The store-only Simulacrums can still be bought with in-game currency earned through exploring the world of Aida.

How many people can play Tower of Fantasy together?

If we’re being technical, only four people can play Tower of Fantasy together in co-op. That’s if you want to explore the world and wander around without just focusing on a fight. However, you can summon about 20 people to fight bosses.

Tower of Fantasy also has guilds, which can have up to 180 people. These work similarly to other MMORPGs, where you may be part of the same group even if not all of you are guaranteed to be online or ready to fight at the same time.

What is the Tower of Fantasy story about?

Tower of Fantasy takes place in a future where humans have started colonizing planets. One of those planets is Aida, where the story begins. Humans took over using an interstellar colonization plan that took advantage of a powerful resource called Omnium.

The titular Tower of Fantasy is an instrument that will help this new civilization mine the power it seeks. However, the plot description implies that there is a price to pay for doing so. This “Omnium” can mutate those who come into contact with it.

“But the humans who lusted after resources shall ultimately pay the price for their avarice,” the description reads. We’ll have to wait to see what that means.

What is the difference between Tower of Fantasy and Genshin Impact?

Tower of Fantasy differs from Genshin Impact in its “skeleton.” It might look similar on the outside because of its anime-inspired graphics and open world, but its core differs from its competitor.

Genshin Impact players should feel at home with the game’s exploration and real-time combat. However, character-building and leveling systems focus on weapons rather than an elemental ability kit. You should still build your character with optimal weapons and the equivalent of “artifacts.” Just don’t worry about pulling for characters like in Genshin Impact.

Here’s what Tower of Fantasy has that Genshin doesn’t:

And the list goes on. Remember: They look similar, but they’re not the same.

Tower of Fantasy is currently in development for iOS, Android, and PC. You can wishlist it now on Steam or the Epic Games Store.