Ethical Today Ethical Today is your news, entertainment, lifestyle website.
Home Future ‘Stray’ shouldn’t have given the cat a gun 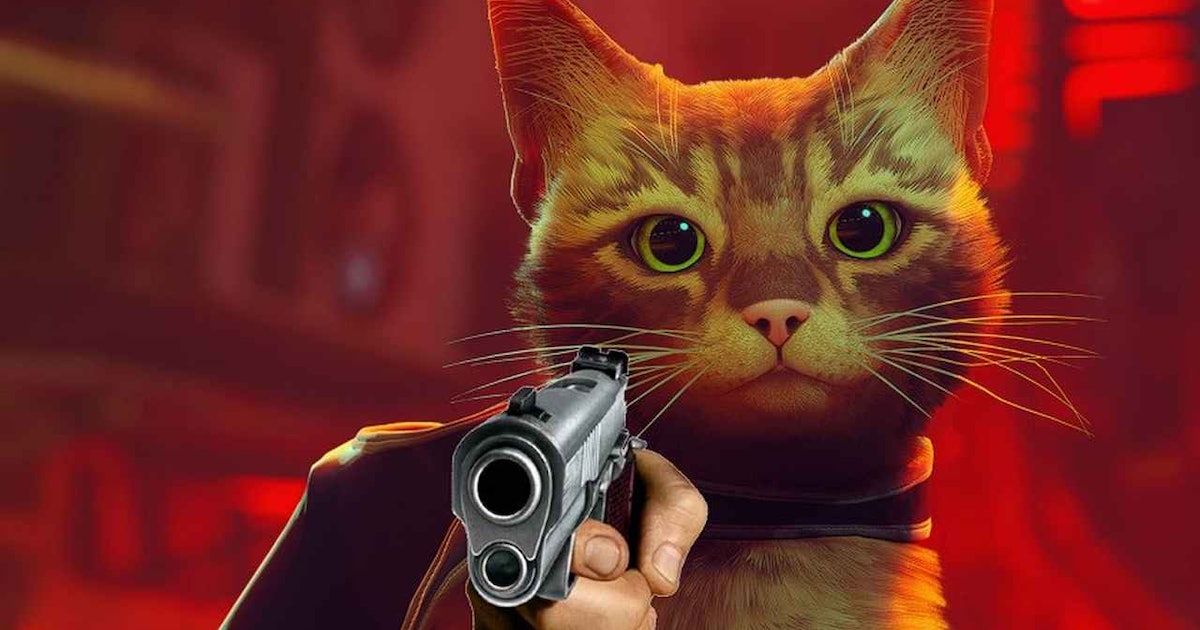 Stray is about a little cat going pap, pap, pap with his little paws through a neon-drenched, post-human world. It has been an immediate hit with gamers and their furry friends, becoming the best user-rated game on Steam this year. Exploring the world as a cat and doing mischievous cat things with your amnesiac robot buddy is a delightful experience, except when the game unceremoniously gives you a gun and asks you to start shooting. It is an extreme divergence from the puzzle-platforming that makes up most of Stray. The inclusion of this mechanic isn’t a problem due to the “brutality”, but it is the latest example of games adding random sequences that depart from core gameplay loops.

Psps Bang Bang — For the majority of Stray gameplay consists of climbing along roofs, scratching furniture, and meowing at robots. This takes place in the Slums and Midtown, the two main hub areas of the game. While in these populated communities you are encouraged to find clever ways past obstacles that only a cat could manage in a world designed for humans. Stray cleverly makes cat behavior a driving mechanic, asking you to inhabit the mind of a feline to solve puzzles. This open hub exploration makes Stray feel like a cozy game. You are a cute fuzzy animal, and you just get to vibe with robots whose CRT TV faces display a heart when you rub against their legs.

In the chapters between the laid-back relaxation Stray puts more active enemies directly in your path. Sentinels are robot cops that you can sneak around by using the environment to avoid their sightline. Zurks, headcrab-looking aliens, travel in packs and are eager to devour anything that moves — including you. Zurks are the first enemies you encounter, and the ones that you must deal with most often. Much like the rest of the game, avoiding Zurks relies on using your cat abilities. Meowing to lure them into traps and climbing out of their reach are all great tactics, but often the only thing you can do is try to outrun them. As a cat, you have no way of fighting back against the hordes of flesh-eating creatures. Until the cat gets a gun.

For a short section in the middle of Stray, a robot named Doc will give you the Defluxor. This is a special tool created for the purpose of destroying Zurks. It looks like a UV flashlight but when Zurks walk into its beam, they violently combust into blood and guts.

You, a little baby cat, are now a murderer.

When you give a cat a gun — Access to the Defluxor only lasts a couple of chapters, but it transforms the gameplay into a cat-based third-person shooter. Ammo is not infinite, and it can only be used in short bursts, but sections with Zurks are no longer about needing to use the unique aspects that playing as a cat allows to avoid the enemy. It transforms Stray’s Zurk sequences from being moments of reaction to moments of action.

Combat isn’t the issue, as earlier in Stray you can pop Zurks like a pimple by rolling over them in a barrel. But the use of third-person action mechanics in a puzzle platformer starring a cat is jarring. Stray is marketed as the cute cat game, and for much of its runtime, it does center around your catness. By including such a mechanical departure Stray takes away some of its charm.

For the Defluxor to earn its inclusion in Stray, it would need to be a useful mechanic that contributes to the puzzle-platforming that defines the game. Instead, it adds nothing, creating a singular slice of the game that feels alien. Any game adding a random gameplay mechanic for a single sequence risks tonal dissonance. For me, the Defluxor took me out of the beautiful world of Stray as I stared at the screen saying, “this cat has a gun”. While it isn’t enough to make Stray a bad experience, it does speak to the risks that unearned gameplay sequences can have on even the best games.