Ethical Today Ethical Today is your news, entertainment, lifestyle website.
Home Future A brutal heat wave, a Biden possibility, and what they might mean for higher education 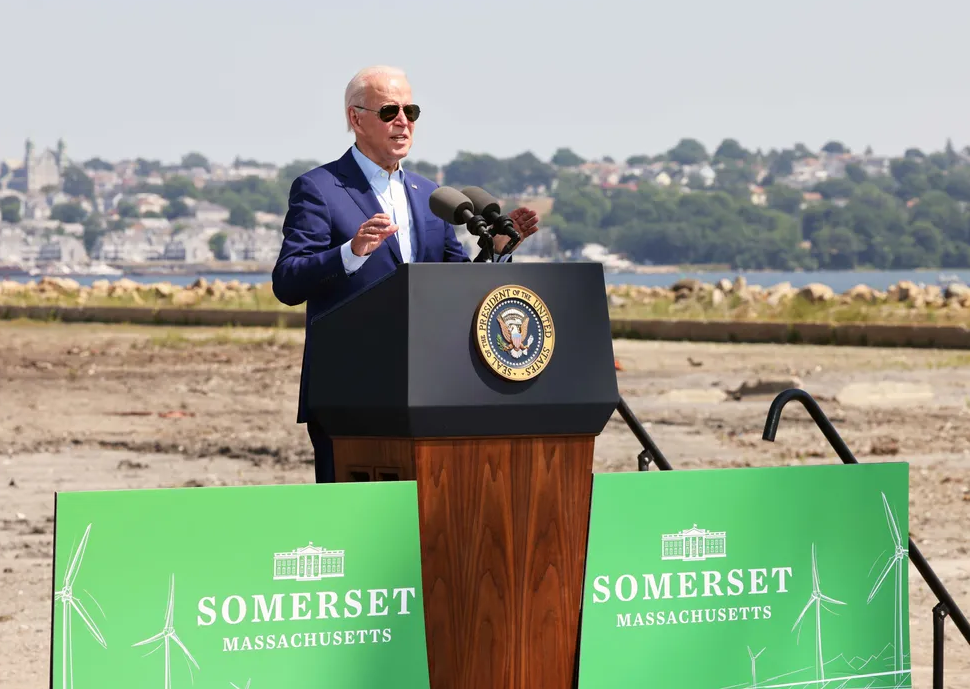 Two developments crossed my radar this week and I’d like to flag them here. Both concern the climate crisis.  Each has implications for higher education.

Last week I visited Phoenix, Arizona for a conference. At one point I stepped outside, wearing my suit and tie, socks and shoes, like an idiot, to get a sense of what 110°F felt like.  It began as pleasantly warm and rapidly became debilitating. “This must be what my food feels like in the oven,” murmured another person next to me.

That was famously hot Phoenix and I experienced it voluntarily. This week swathes of Europe are feeling similarly over-like and Europeans had no such choice.   France is enduring temperatures past 100 F:

44% of Europe is now on a drought warning and 9% on alert, according to the EC. A British airbase at Brize Norton shut down after part of a runway melted. while that government issued its first-ever red warning. Wildfires hit dried out parts of Spain and France.

A couple of years ago British meteorologists offered a forecast for a heated nation decades from now, after global warming had done more of its work. This week matched that forecast:

In 2020, the @metoffice produced a hypothetical weather forecast for 23 July 2050 based on UK climate projections.

Today, the forecast for Tuesday is shockingly almost identical for large parts of the country. pic.twitter.com/U5hQhZwoTi

This has been going on for weeks, back into June.  And the climate crisis, which made this heat worse, will just keep spawning such brutal heat for generations to come.

Note that this is occurring when the Pacific Ocean has a La Nina system at work- which is cooler.

But what does it mean for higher education?

Think of a university’s physical campus. Do its buildings provide enough cooling through shade, air conditioning, and more to keep its population safe?   How reliable is such safety? How costly, especially as oil prices have soared? How is the campus water supply? Looking beyond this week, how many universities are rethinking and planning for more such events ahead?

Beyond the institution’s borders, will the campus open its doors to shelter people from the nearby community?  Or will academics take shelter off-campus?  Already thousands of people have fled their localities. Do campuses offer to host some of them? How many students, faculty, and staff are among these heat refugees?

Think of people experiencing this one heat wave and how they might intersect with higher ed.  Students, for example, for whom this event may be personally, financially, medically harmful or mentally traumatic.  People in their community may be disabled or killed by the event. Ditto friends and family. How does a university support such students through the academic experience?  Consider faculty and staff living through this as well.

I am curious about some other academic reactions:

Will we power down for the hottest weather, shutting down campuses to avoid costs and risks?

Might the specter of this heat wave help spur academics to take more steps to mitigate and adapt to climate change?

Will new building designs appear on campus, intended to cool off inhabitants while also not adding CO2 to the world?

The Washington Post ran a story claiming that president Biden was considering declaring a federal emergency over the climate crisis. Climate writer and 350.org founder Bill McKibben thinks this a fine idea, especially as Biden’s Congressional plans have foundered on Republicans and Joe Manchin. Biden has not done so as of yet, but the possibility is in the air.

What might this look like? We received a glimpse yesterday when the president gave a speech outlining some programs, although falling short of an emergency declaration.

He announced the allocation of $2.3 billion from an existing Federal Emergency Management Agency program to help communities, particularly those in disadvantaged neighborhoods, build structures and programs to withstand the severe heat, storms, fires and floods that climate change has already started to bring.

Separately, he announced the expansion of the federal Low Income Home Energy Assistance Program, which has historically been used to help people pay to heat their homes in winter. The program will now also be used to help pay for people to cool their homes in summer, and to build community cooling centers.

Mr. Biden also directed the Interior Department to open the door to building offshore wind farms in the Gulf of Mexico…

None of these engage higher education directly, but each could improve communities adjacent to campuses.  They might also serve as inspiration for academic actions, such as assisting locals in heating and cooling, or building wind power on campus.

Additionally, there’s apparently a lot of room for action in an emergency declaration, legally, but with political and practical constraints.  We could imagine Biden directing industry to produce climate goods, from wind turbine blades to electric car batteries. We saw a version of this when he drove increased heat pump production. He could announce a crash research course, commandeer vehicles, and more beyond my scope, as I’m not a Constitutional lawyer. (I’d love to hear your thoughts in comments, those with more experience)

On a direct level, perhaps a new R&D push would engage academic research.  A drive, for example, for a new generation of geothermal energy devices could involve professors, staff, and students in engineering. A call to study a new national climate plan could mobilize academics from a wide range of disciplines.

Or the administration could announce a Climate Service Corps, inviting students to join and work on climate mitigation and adaptation.  The government could aim that at particular problems or areas, such as grid upgrading or the Florida coastline.  Alternatively, the feds could support community engagement efforts. (thanks to Kristen Dellasala for this thought.)

On an indirect level, federal emergency actions could impact the communities inhabited by colleges and universities.  Closing down nearby businesses which produce CO2, for example, could hit local economies.  Similarly, repurposing local firms’ production could alter those local economies.

Further, let me return to the idea of inspiration.  Seeing the feds spend real money on climate action might nudge some academics to support taking steps along similar lines.

On the other hand, we might also see a lack of action.  I’ve been researching the opposition to climate action and will try to write it up – there are a lot of reasons here – but Matt Holt raised one point specifically about federal action.  If Biden declares a state of emergency, Americans will politicize any resulting actions.  Acting in line with it will appear either as progressive, pro-Democratic, and supportive of the administration.  Not participating may seem to be the opposite, and so forth. Academic leaders may not want to participate in such federally-sponsored climate action, for fear of antagonizing donors, the local community, state politicians, and more.

The end of Biden’s climate work has already inspired depression and outrage, at least among those for whom the climate crisis is a priority. Looking ahead, the Congressional barrier to federal climate action will last for the next two years, assuming the GOP takes control of either the House or Senate, which means more depression and outrage among those thinking ahead.

Some academics will share these views.  We could experience dread and resignation. Some faculty, students, and staff will be furious at what’s just happened, and angry at America’s climate paralysis at a national, governmental level.  How do these feelings manifest on campus and within academic communities?

Some will buckle in and continue their academic work on the crisis: more research, more teaching. Some will push for expanded climate academics, from additional research support to new curricula. We may see drives to change campus operations, from building design to vehicle permitting to food service.  Political actions may appear as well, from protests and lobbying to direct action.

Perhaps the non-academic world will change more than I just described.  McKibben urges activists to turn away from the feds and focus on changing corporate behavior, so we could see a wave of protests aimed at CEOs, product and service boycotts, and more. American climate politics might develop despite the federal dead end, with state governments taking all kinds of actions (for good and for ill), plus a social movement or movements growing. Again I mention direct action taking place, from pie-throwing to property damage and human violence. If such developments occur, they may find echoes in colleges and universities.  Think of, for example, students, faculty, and/or staff mobilizing to support (or oppose) a local governmental measure.  Political and social movements can find chapters on campuses.  And how might academics respond to direct climate action in the world?

Alternatively, American academia may stay quiet for the near future. Students, faculty, and staff have so much else to worry about, after all. The end of federal legislative efforts on climate removes one political housing for individual climate interests. The great crisis might become more abstract and intractable for many academics.  Those working on the issue in our research and teaching can just keep going.

In the meantime, please be cool and safe, everyone.  These are dangerous times for some.

(thanks to Adam Tooze for stirring and sharing thoughts; thanks to the essential Bill McKibben for his mandatory newsletter)