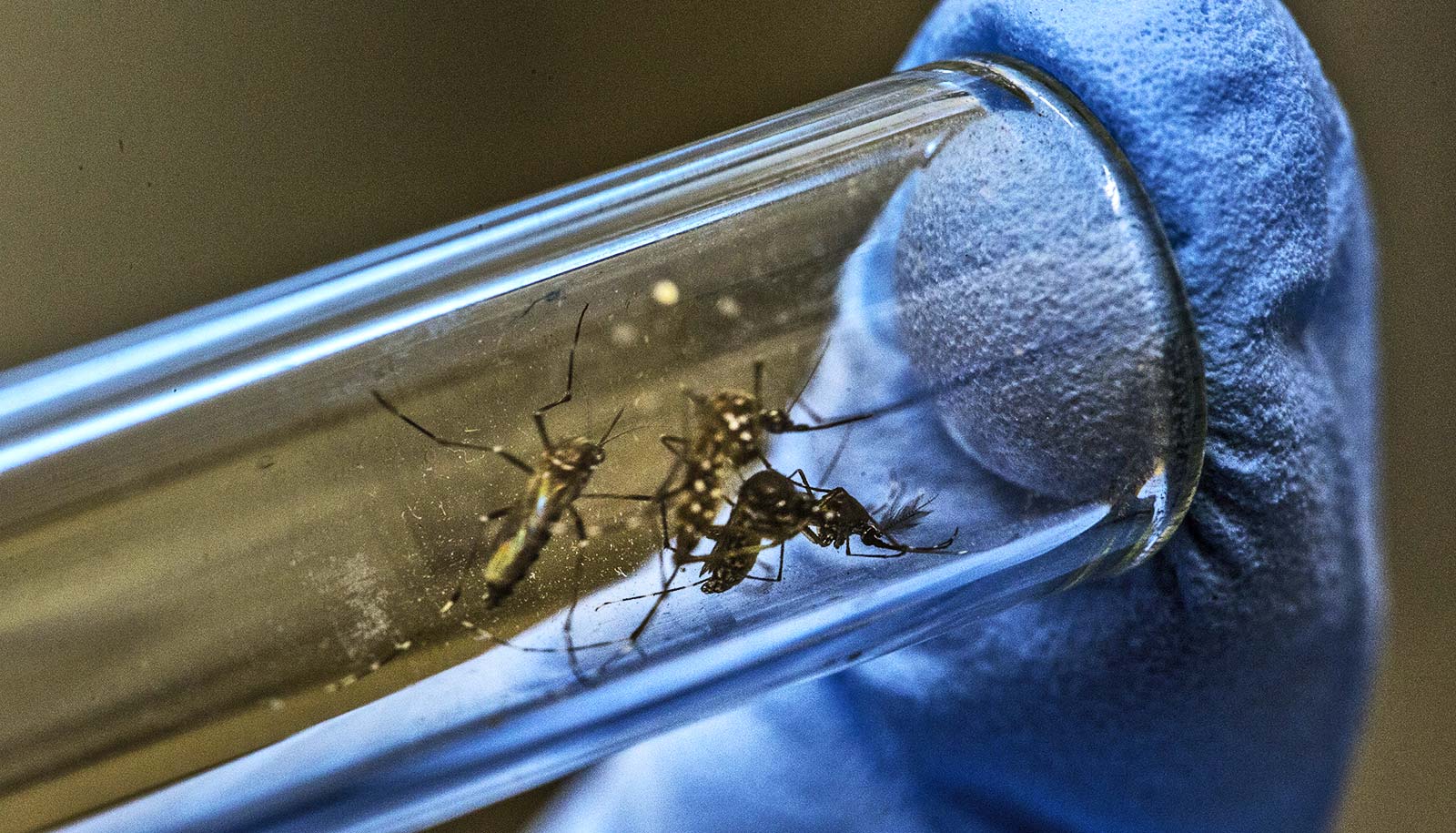 Increases in three climate factors—temperature, rainfall, and ocean warming—can predict mosquito population growth in Sri Lanka for the next one to six months, according to a new study.

The findings can inform the design and timing of programs to limit the spread of mosquito-borne diseases like dengue, the researchers say.

Nearly half of the world’s population lives in areas at risk for dengue, which has become a major public health problem in Sri Lanka. Because developing a safe and effective vaccine against dengue has proven to be difficult, controlling mosquito populations is considered to be the most effective strategy to prevent the virus’s spread.

Dengue transmission patterns in Sri Lanka closely follow the country’s monsoonal rainfalls, with peak transmission in July following the southwest monsoon, followed by a smaller peak in December to January after the northeast monsoon.

“Dengue transmission is expected to intensify due to climate change. If we can use climate and weather data to predict seasonal patterns of mosquitos, this timely information would allow public health authorities to proactively manage mosquito control operations,” says Yesim Tozan, assistant professor of global health at the New York University School of Global Public Health, and author of the study in The Lancet Planetary Health.

The researchers aimed to quantify the effect of climate on Aedes mosquitoes in Kalutara, a district in southwestern Sri Lanka with a persistent, high presence of dengue. They measured three monthly weather variables—rainfall, temperature, and Oceanic Niño Index—from 2010 to 2018.

The Oceanic Niño Index measures whether waters in the tropical Pacific Ocean are warmer or cooler than average, with El Niño and La Niña phases triggering changes in weather. Three El Niño events, or unusually warm ocean temperatures, occurred from 2010 to 2018.

The researchers then compared the climate variables with systematically collected surveillance data of mosquitoes in Kalutara, including measurements of Aedes mosquitoes and larvae found in homes and outdoor water containers.

“These climate factors have the potential to serve as predictors of mosquito activity at different times and may enable us to quantify the risk and implement effective mosquito control interventions before a dengue epidemic emerges,” says lead author Prasad Liyanage of the Sri Lanka Ministry of Health and Umeå University in Sweden, who will join NYU School of Global Public Health this fall as a postdoctoral associate.

“Tracking El Niño events has the added advantage of predicting the seasonal prevalence of Aedes mosquitoes with a lead time of six months, which could provide opportunities to issue early warnings on mosquito prevalence for the entire dengue season,” Tozan says.

Additional coauthors are from the Norwegian University of Life Sciences, the Sri Lanka Ministry of Health, and Umeå University.