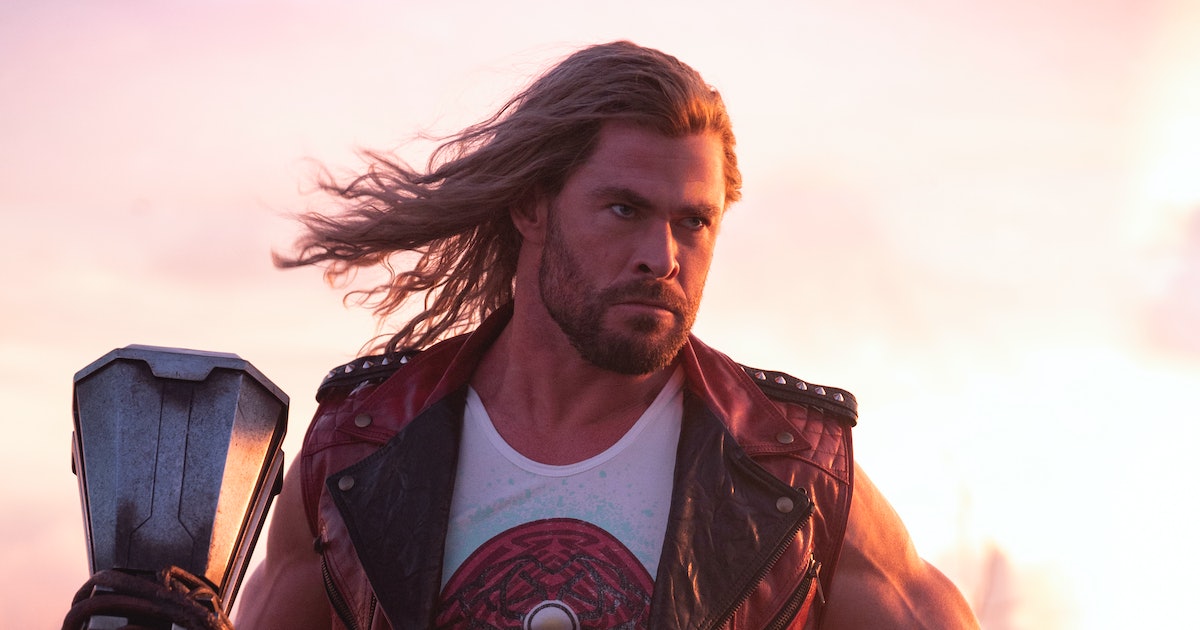 Avengers: Endgame marked the end of an era for the Marvel Cinematic Universe. Not only did that film bring an end to the MCU’s Infinity Saga, but it also said goodbye to two of the franchise’s original heroes: Tony Stark (Robert Downey Jr.) and Steve Rogers (Chris Evans). However, the MCU’s third original Avenger, Thor (Chris Hemsworth), did not step away from the spotlight in Endgame. In fact, unlike Downey Jr. and Evans, Hemsworth has remained an active player in the MCU. Hemsworth’s latest superhero outing, Thor: Love and Thunder, is many things, but above all, it proves why Avengers: Endgame really should have been the end of the line for the God of Thunder.

Thor’s MCU Journey — In many ways, Avengers: Endgame does bring Thor’s MCU journey to a fitting close. After saving the world yet again, Thor permanently steps away from his role as the leader of Asgard in Endgame and chooses to set off on a new adventure with the Guardians of the Galaxy. In other words, not only does Endgame see Thor finally come to terms with his place in the world, but it also gives him the chance to begin a new life with the Guardians, who emerged over the course of Infinity War and Endgame as a kind of found family for the God of Thunder.

Taking all that into account, Thor’s final scene in Avengers: Endgame could have been his last appearance in the MCU, and it would have been a satisfying send-off for the character. Instead, Marvel Studios brought back the God of Thunder back for another solo adventure in Thor: Love and Thunder, a film that greatly suffers because there is simply nothing left to do with its lead hero.

Unlike 2017’s Thor: Ragnarok, which not only upended Thor’s demeanor and sense of humor but also redefined his relationship to the broader MCU, Love and Thunder doesn’t add anything new or substantial to Thor’s journey. While it makes a few half-hearted attempts at grappling with the losses that Thor has suffered throughout his life, the film is ultimately too jam-packed and tonally scattered to say anything of real worth.

As a result, Thor: Love and Thunder doesn’t feel like a necessary addition to the MCU. Instead, it is very much a product made simply for financial, mercenary reasons.

A Story That Never Ends — If Thor: Love and Thunder had set up a possible replacement for Hemsworth’s God of Thunder, then the relative pointlessness of its story might be easier to forgive. However, that’s not something that Thor: Love and Thunder does. Instead, the film kills off Jane Foster/The Mighty Thor (Natalie Portman), does little with Valkyrie (Tessa Thompson), and concludes by pairing Thor up with the orphaned daughter of Gorr the God Butcher (Christian Bale).

The film doesn’t set up any major plot points that could have wider ramifications on the MCU itself either, which means it has to be judged solely on the strength of its own story. Unfortunately, the film is far too messy and disorganized to make a strong point about anything.

To make matters worse, the film doesn’t force Thor to deal with death in any manner that’s more effective or affecting than 2018’s Avengers: Infinity War. As a matter of fact, Thor’s somber conversation with Rocket Raccoon in that film carries more weight than the few worthwhile dramatic moments in Love and Thunder.

All of which is to say that Thor: Love and Thunder is essentially nothing more than an inconsequential, big-budget summer rom-com. If it were a better film, that wouldn’t necessarily be a bad thing. However, Marvel has placed far too much importance on plot for it to release a film as disconnected and thematically weightless as Love and Thunder — especially considering how messy Phase 4 of the MCU has already been up to this point.

The Inverse Analysis — There have been a lot of debates in recent months over whether or not the MCU should have ended with Avengers: Endgame, and it’s not hard to see why. While Marvel has released a handful of memorable titles over the past year and a half, the studio has yet to make a compelling case for the MCU’s continued existence. To put it another way: There’s no reason to believe right now that Marvel has anything planned that has the potential to match the emotional catharsis of Avengers: Endgame’s third act.

Thor: Love and Thunder doesn’t do much to refute that perspective either. As a matter of fact, the God of Thunder’s fourth solo film actually does the opposite. By failing to offer any justification for its existence outside of its inevitable financial returns, Thor: Love and Thunder forces one to wonder what exactly lies in store in the MCU’s future.

Will Marvel ever truly be able to craft another story that’s as effective and massive as the Infinity Saga, or are more and more entries of the MCU destined to feel as weightless and pointless as the studio’s latest offering?

Thor: Love and Thunder is now in theaters.