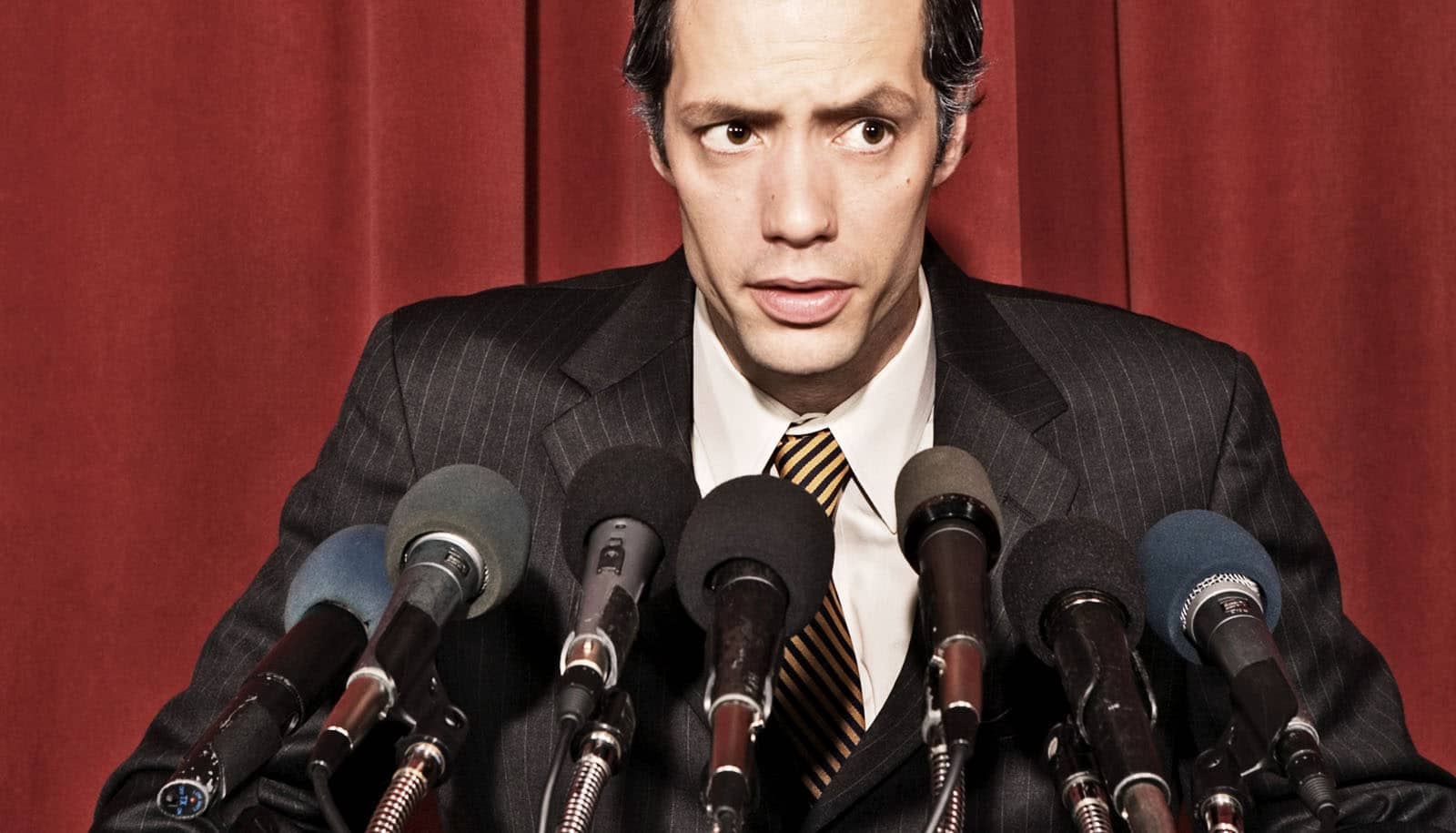 Americans are more forgiving of lies when they come from politicians in their own party, research finds.

In five new studies, researchers examined how conservative and liberal Americans responded to media reports of politicians’ falsehoods. Even accounting for partisan biases in how much people dismissed the reports as fake news and assumed the lies were unintentional, the studies consistently identified partisan evaluations in how much these falsehoods were considered justifiable.

The researchers’ work—which also touches on issues of trustworthiness and morality more generally—has implications for understanding the current hyper-polarized United States political climate. The studies appear in the Journal of Personality and Social Psychology.

“Our study suggests that who tells a falsehood, what the falsehood is about, and who is listening all help predict how people explain and evaluate politicians who do not speak the truth,” explains Jeff Galak, associate professor of marketing at Carnegie Mellon University’s Tepper School of Business, who led the study. “In so doing, the study emphasizes that the moral acceptability of bearing false witness really depends on the extent to which such falsehoods are used in support of or against the explicit aims of one’s political group.”

Researchers identified two ways partisans may arrive at different conclusions about a political statement flagged by the media as a falsehood (which the authors term FFs for flagged falsehoods). Sympathetic listeners may decide the media report is fake news or rationalize that the politician did not realize they were lying. Such excuse-making justifies the original falsehoods as more acceptable. The researchers went further by demonstrating that (and explaining why) partisans often still disagree about the acceptability of the falsehoods, above and beyond differences in how they offer up those two excuses.

In each of the five studies, participants of varied political orientations learned about a Democratic or Republican politician whose public statements had been called out as falsehoods by a fact-checking media source. The study examined whether, when, and why people offer partisan evaluations, judging some flagged falsehoods as more acceptable when they come from politicians aligned with their own parties or values.

Republicans and Democrats alike saw their own party’s FFs as more acceptable than FFs espoused by politicians of the other party, the study concludes. Such charitability did not extend to all falsehoods. Instead, it was strongest for policy FFs—those intended to advance a party’s explicit agenda (i.e., lies designed to push one’s own side’s stance on immigration reform, minimum wage laws, gun control, and other policy issues)—as opposed to personal FFs about a politician’s own autobiography (e.g., misclaiming one formerly worked on minimum wage) or electoral FFs that strayed from parties’ explicit goals by aiming to disenfranchise legally eligible voters.

These findings begin to paint a more complete picture of why the electorate can adopt such sharply divergent views of politicians who are called out for making false statements.

Coauthor Clayton R. Critcher, chair of business at the University of California, Berkeley’s Haas School of Business, notes: “When politicians show that they can be trusted by one party more than the other, this is a signal of moral character to fellow in-group members but a signal of moral deficiency to the other side. It is thus not simply disinformation, but differential comfort with disinformation, that explains partisan divides in the US.”

The research had funding from the National Science Foundation.