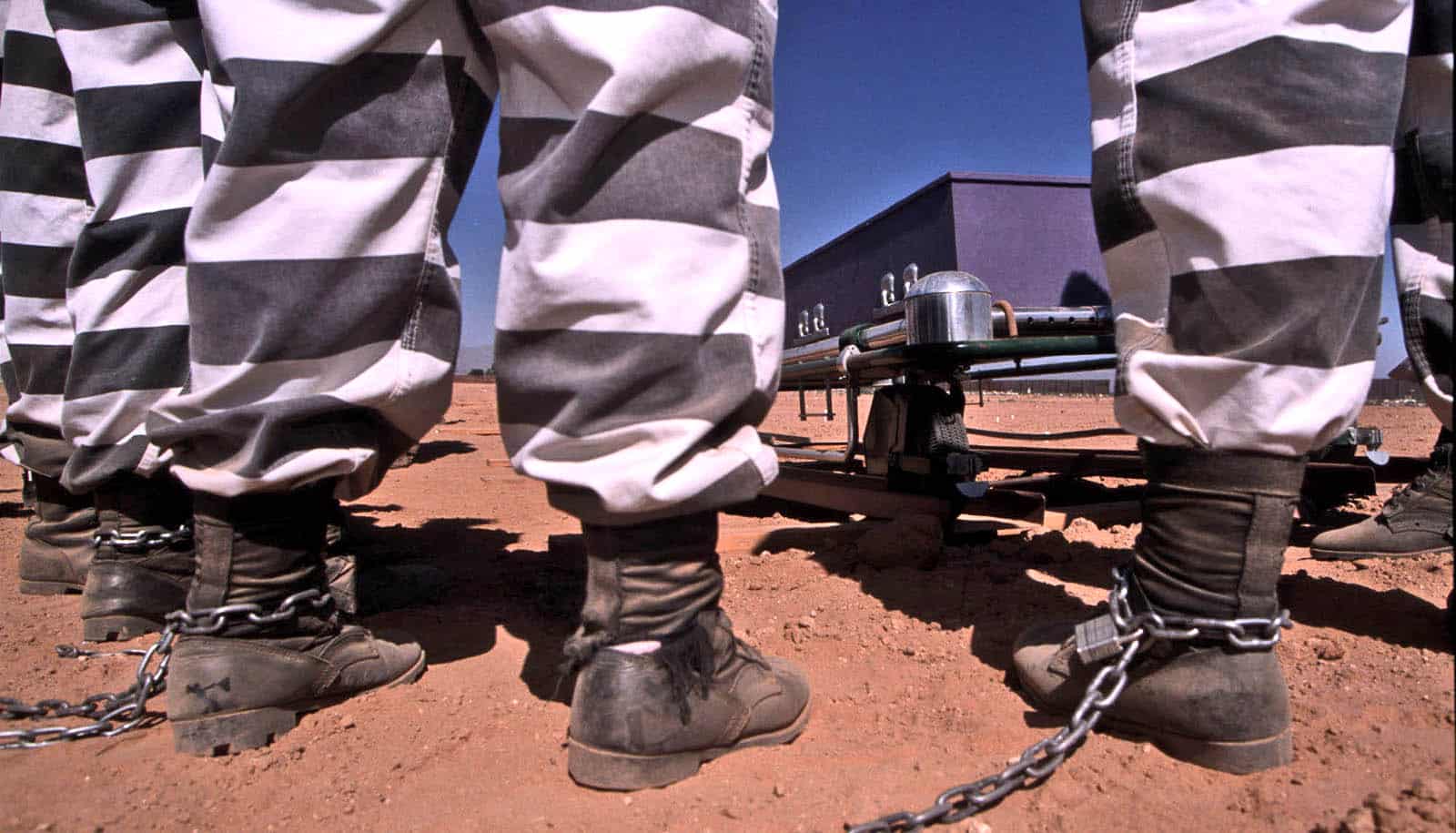 Incarcerated workers generate billions of dollars’ worth of goods and services annually but get paid pennies per hour without proper training or opportunity to build skills for careers after release, according to the nationwide report from the University of Chicago Law School’s Global Human Rights Clinic and the American Civil Liberties Union (ACLU).

Incarcerated workers “are paid pennies for their work even as they produce billions of dollars for states and the federal government.”

“As our report describes in detail, the labor conditions of incarcerated workers in many US prisons violate the most fundamental human rights to life and dignity,” says clinical professor Claudia Flores, the director of the Global Human Rights Clinic.

“In any other workplace, these conditions would be shocking and plainly unlawful. The many incarcerated workers we interviewed told us story after story of inadequate equipment and training, punishments doled out if workers refused to labor, and an overall helplessness to a government institution functioning as both jailer and boss.”

“The United States has a long, problematic history of using incarcerated workers as a source of cheap labor and to subsidize the costs of our bloated prison system,” says Jennifer Turner, principal human rights researcher with the ACLU’s Human Rights Program.

“Incarcerated workers are stripped of even the most minimal protections against labor exploitation and abuse. They are paid pennies for their work even as they produce billions of dollars for states and the federal government. It’s past time we treat incarcerated workers with dignity. If states and the federal government can afford to incarcerate 1.2 million people, they can afford to pay them fairly for their work.”

The exploitation of incarcerated workers is rooted in the “exception clause” to the 13th Amendment, which bars slavery except for people who have been convicted of crimes. In many states—and in the United States Constitution—exception clauses allow for workers in prisons to be exploited, underpaid, and excluded from workplace safety protection laws.

Worse, the exception clause in the 13th Amendment disproportionately encouraged the criminalization and re-enslavement of Black people during the Jim Crow era, and the impacts of this systemic racism are evident to this day in the disproportionate incarceration of Black and Brown community members.

To combat the exploitation of incarcerated workers, the report makes several recommendations, including:

The report comes more than two years into the COVID-19 pandemic, during which incarcerated workers faced especially brutal working conditions and yet were denied early access to vaccines in 16 states. Incarcerated people were forced to produce masks, hand sanitizer, and other personal protective equipment. Others were forced to launder bed sheets and gowns from hospitals treating COVID patients, transport bodies, and dig graves.

Many report being forced to continue working but not able to have visitors and having their parole date pushed back if they refuse to work. More than a third of incarcerated people have contracted COVID-19 since the pandemic started and more than 3,000 have died.

“The US prison system claims to offer rehabilitation to its population, but prison labor programs do just the opposite: they degrade, dehumanize, and further cripple incarcerated workers,” says Mariana Olaizola Rosenblat, a lecturer at the University of Chicago and fellow at the Global Human Rights Clinic.

“The many incarcerated workers we interviewed voiced a strong desire to engage productively in society under dignified conditions. It’s time for the US government and prison authorities to give them this chance, not merely rhetorically but in practice.”