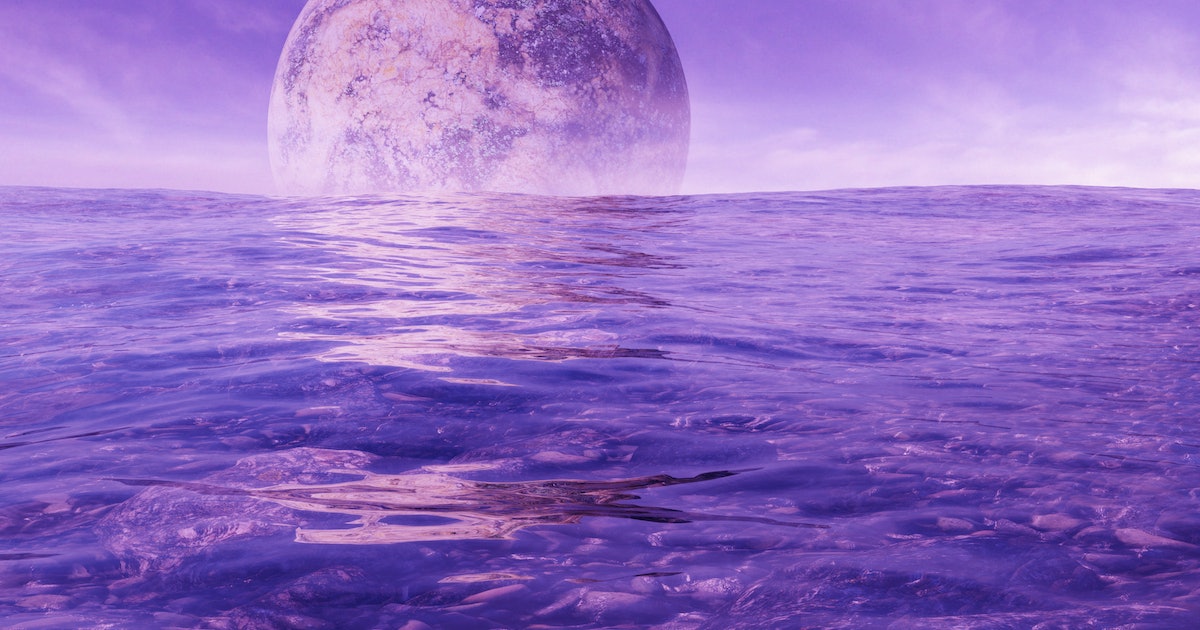 Water and rock. Together, they play a foundational role in the origin, existence, and prospects of life. In our Solar System, Earth is the only astronomical object known to have a liquid ocean, which makes our planet habitable.

But astrobiologists believe that several exoplanets are also covered in flowing seas. And these worlds, researchers suggest, may be more chemically complex than once thought.

This is an adapted version of the Inverse Daily newsletter for Thursday, June 23, 2022. Subscribe for free and learn something new every day.

Greetings! On a hot summer day like this, I dream of a dip in a vast ocean, on an untouched alien world. By the way, many thanks for being here, wherever you are in the galaxy.

The frog-eating bat Trachops cirrhosus has an exceptional ear. It can distinguish sounds of edible species from poisonous ones. This got scientists thinking: how long can these bats retain sound-related memories?

Long-term memory isn’t a given for many animals. Encoding them requires a great deal of metabolic energy. Yet the frog-eating bat does appear to exhibit such neurological capacity when it comes to sound.

In a new study published in Current Biology, researchers trained wild frog-eating bats to find prey by flying to a certain ringtone. Years later, to the amazement of the scientists, the bats retained what they learned.

Learn more about the study.

Here on Earth, the emergence of life in the oceans depended on minerals from our planet’s rocky crust and mantle mixing with water. Yet some exoplanets are completely covered in ocean. At their seafloor, dense layers of ice separate the planet’s inner mineral core from its outer layer of liquid. It has been thought that the same geochemical cycle would not be possible, thus impeding life.

Now a new study published in Nature Communications suggests that ice could deliver electrolytes to alien oceans after all. It turns out that high-pressure molecular ices, like ice VII, can hold simple salts in their crystal structures, and those salty ices can carry nutrients from the planet’s mineral core to the ocean above. And ice VII is probably found on ocean-covered exoplanets.

The discovery may influence our exploration of the universe. For starters, it makes ocean worlds compelling places to search for alien life, or at least habitability.

Gaze into this black hole. What do you see?

Although the image is static, most people feel a sense of expansion. And the illusion gains intensity based on the background color.

What we perceive has much to teach us about how our brains and eyes interact to see the world. Researchers who studied the effect on 50 participants found that pupils dilated or shrank in response to different colors.

It may be due to an evolutionary instinct that prevents our eyes from becoming overwhelmed by a sudden influx of light or darkness, the researchers write in Frontiers in Human Neuroscience.

Though the blackhole is not getting any larger, the brain thinks they are and tries to not get caught off guard by what could be a sudden change of light. Sound trippy?

On Monday, the Artemis 1 rocket passed a crucial safety test that brought it one step closer to reaching the Moon. Will there be another such test before liftoff?

NASA leadership appears to be leaning towards no, even though the rocket experienced a leak anomaly, and the terminal count for Monday’s test stopped short, at T-minus 29 seconds.

“There were a couple of things that we didn’t get at terminal count,” said Charlie Blackwell-Thompson, Artemis launch director. “We’ll go look at what those are, what that means, if there’s a way to go test those, and then we’ll make some recommendations. I’m a big believer in, you follow the data. So we’ll go collect the data, and we’ll see what the data tells us.”

Stay tuned for what they find. By the end of this month, NASA will likely provide an update to the launch target date and whether or not they want to do this test one more time.

Get the full update.

About this newsletter: Do you think it can be improved? Have a story idea? Want to share a story about the time you met an astronaut? Send those thoughts and more to newsletter@inverse.com.