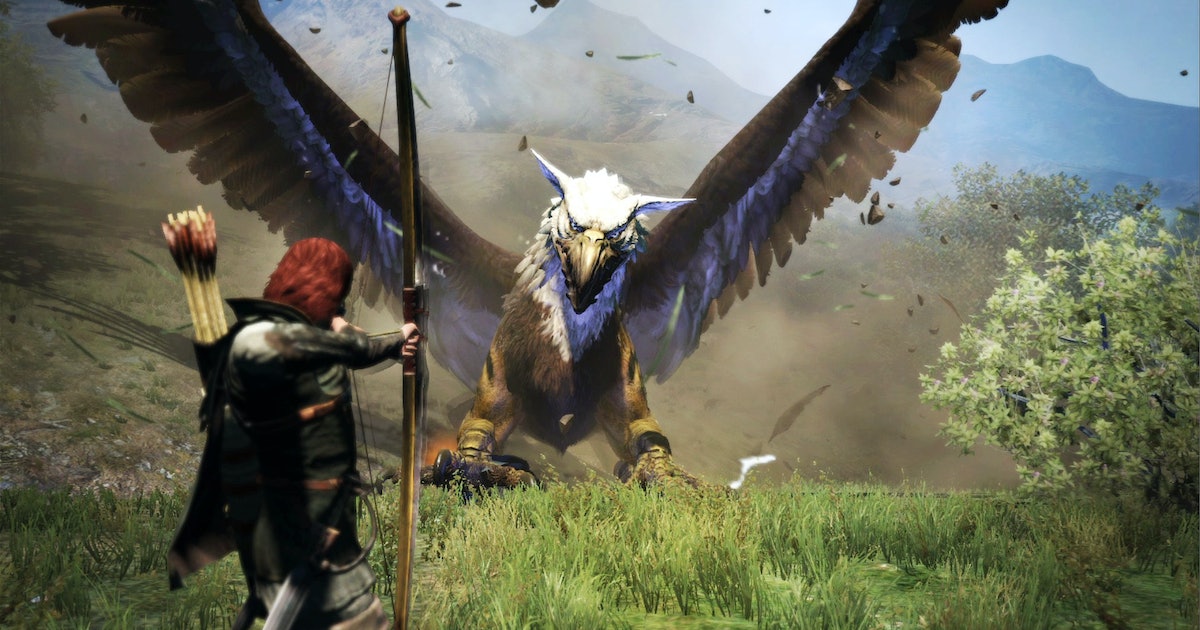 Capcom treated fans to a short stream celebrating the 10th anniversary of Dragon’s Dogma on June 16, 2022. The stream started at the same time as Square Enix’s Final Fantasy VII anniversary stream, leading to competing announcements. Square Enix gave fans a look at the upcoming Final Fantasy VII Rebirth. Those who tuned into the Dragon’s Dogma stream were treated to a retrospective of the game led by Director Hideaki Itsuno who at the end of the stream dramatically zipped off his hoodie to reveal a Dragon’s Dogma 2 t-shirt. “Sorry to have kept you waiting!” Itsuno said, “Dragon’s Dogma 2 is currently in development.” Here is everything we know about the surprise sequel that we learned during the 10th-anniversary stream.

When is the Dragon’s Dogma 2 release window?

The 10th-anniversary stream did not give a specific release window. “Everyone in the development team is hard at work creating a game that we hope you will enjoy,” Itsuno said. “Please look forward to it!”

Itsuno’s last project was Devil May Cry 5 which finalized development after the release of a special edition in November 2020. Since then, Itsuno has not been working on any projects. We can assume that this is due to his work on Dragon’s Dogma 2. Development on the sequel might have started pre-production at the end of 2020 or early 2021. The project’s that Itsuno has served as a director on typically take anywhere between three to four years between release. Based on this Dragon’s Dogma 2 could release in the spring of 2024.

Is there a Dragon’s Dogma 2 trailer?

Not yet. The 10th-anniversary stream was hosted by Hideaki Itsuno and focused on how the original Dragon’s Dogma was developed. There was no trailer for the sequel announced as it is still in early development.

The stream itself gave fans of the series a chance to hear Itsuno reflect on the original game and what inspired the team during the development process. If you have twelve minutes to spare, it’s worth a watch.

Director Hideaki Itsuno looks back on Dragon’s Dogma during the 10th-anniversary stream.

Who is the Dragon’s Dogma 2 developer?

Itsuno will be returning to direct the sequel. Art Director Daigo Ikeno and Level Designer Kenichi Suzuki both appeared alongside Itsuno during the stream. It looks like Dragon’s Dogma 2 will be bringing back much of the original team.

In a follow-up tweet to the anniversary stream, Capcom also revealed that Dragon’s Dogma 2 will be developed using the RE Engine. The engine was originally designed for Resident Evil 7 but has also been used for Monster Hunter Rise, Street Fighter 6, and Devil May Cry 5. Itsuno served as a director on Devil May Cry 5 so he has a familiarity with the engine which will lend itself well to the development process.

What are the Dragon’s Dogma 2 platforms?

For now, there are no official platforms announced for Dragon’s Dogma 2. It is most likely the sequel will release on PS5, Xbox Series consoles, and PC.

Those who are still holding onto their PS4, or Xbox One will probably be out of luck as the game won’t be out in the near future, making last-gen versions of Dragon’s Dogma 2 less likely.

A Nintendo Switch version of the game could go either way based on other games from Capcom using the RE Engine. The majority of RE Engine games do not have Switch ports, with Monster Hunter Rise being the exception. Depending on how much Dragon’s Dogma 2 pushes the RE Engine, it might not be able to run on Switch.

What is the Dragon’s Dogma 2 story?

The plot of Dragon’s Dogma is a simple one. A dragon steals your heart, and you want it back, go slay the dragon. What the game reveals is that this has all happened before. The world of Gransys is caught in a loop of destruction. Not a time loop but a cyclical history determined by the dragon. In each cycle the dragon chooses a champion who will defeat them, this is the Arisen. The cycle ends with the Arisen choosing to gain immortality or slay the dragon. Either way, the world ends, and the cycle begins again.

Dragon’s Dogma 2 will likely follow another loop in this cyclical history, giving players another adventure through Gransys. Retreading this old ground could make way for new permutations though, as games like Bioshock: Infinite and Final Fantasy VII Remake have also done when telling stories that repeat.

The key gameplay elements of the original Dragon’s Dogma will most certainly be making a return. What made the original so unique was how it stitched together mechanics from other games to make a unique experience. In Dragon’s Dogma, you can climb anything including enemies, much like the combat in Shadow of the Colossus.

Dragon’s Dogma also had a unique asynchronous multiplayer element called the pawn system. Players had three companions in their journey, one was a customized NPC you made, and the other two were NPCs other players off Dragon’s Dogma made. Pawns could be summoned or encountered in the world and join your party. Pawns could bring you gifts and give you advice during difficult battles.

In a post-Elden Ring world, a sequel to Dragon’s Dogma could have a lot to offer players looking for their next itch. Similar to Elden Ring, Dragon’s Dogma offers a medieval open world through which to explore secrets and encounter difficult enemies. No wonder after a decade of fans asking Capcom finally came around to delivering on a sequel to this cult classic.