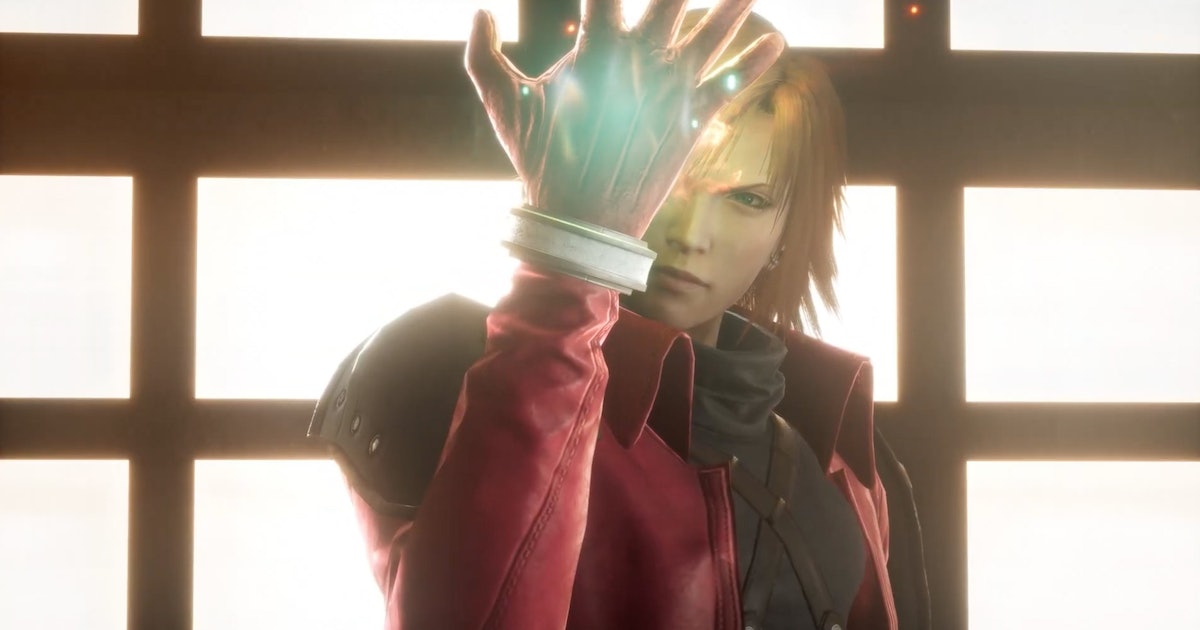 Final Fantasy VII Remake’s ending opened up a wealth of possibilities for where things could go, and that’s even more true now that we’ve had our first look at the next game, Final Fantasy VII Rebirth. It’s especially interesting that Crisis Core is coming back with a full-blown remaster just a year before the next game in the Remake project. This indicates that the story of Crisis Core will be very important moving forward, and it could even indicate the return of a fascinating villain.

Crisis Core tells the story of Zack Fair, a friend of Cloud and a major figure in the series’ overall narrative. The game also introduced two other crucial characters: Angeal and Genesis. Both of them are first-class SOLDIERs and friends of Sephiroth. Genesis functions as the main villain of Crisis Core, and he’s an utterly bizarre character, even by Final Fantasy 7 standards.

Genesis’ appearance is based on the legendary Japanese musical artist Gackt, who also voices the character in the Japanese version. He’s an arrogant and prideful man that’s obsessed with the in-universe play LOVELESS, and he constantly recites lines from it throughout the game. Genesis is basically the exact opposite of Zack, and because of that, he plays an excellent foil to the hero, especially as he belittles and taunts Zack.

Genesis has a surprisingly big role in the overall narrative of Final Fantasy 7, as he’s essentially the failed experiment that led to Sephiroth. The trailer for Rebirth makes it clear that FF7 Remake is actually a sequel to the original and not simply a retelling. That creates a lot of questions about who and what will make a return, especially with Square Enix so heavily focusing on Crisis Core.

Zack defeats Genesis at the end of Crisis Core, but the villain’s fate has always been left up in the air, with big implications. A scene after the credits of Crisis Core sees Genesis’ body being picked up by a Shinra soldier, which seems to be Weiss the Immaculate, the leader of Deepground. Players that have gone through FF7 Remake Intergrade should be familiar with Deepground. The secret Shinra department makes a major appearance (more so than in the base game). Weiss himself serves as a secret boss.

Fast forward to Dirge of Cerberus, the Vincent Valentine spinoff that takes place after Advent Children. The secret scene at the end of that game shows Genesis coming to pick up the broken body of Weiss. “It is not yet time for slumber,” he says. “We still have much work to do, brother.”

All of this is to highlight plans for Genesis that have clearly never been followed through, but the time may be nigh.

For years, fans speculated that there was a licensing issue stopping Square Enix from remastering Crisis Core, considering the game uses Gackt’s likeness. However, in Crisis Core Reunion, Genesis clearly is still based on Gackt, and the Japanese website confirms he’s still voicing the character in Japanese.

It certainly seems like all of the pieces are lining up to bring Genesis back, as there’s even another clue in the Rebirth trailer. Some fans have noted the trailer opens with a white feather falling from the sky as Zack carries Cloud below. This white feather could be indicative of Angeal from Crisis Core, Zack’s mentor and another SOLDIER that, like Sephiroth, sports a single wing.

By all indications, FF7 Rebirth is going to split off wildly, and based on the ending of Remake, it really seems like anything could happen. It absolutely cannot be a coincidence that Square Enix is releasing a massive remaster of Crisis Core, especially with Zack featured so prominently in Rebirth’s trailer.

Sephiroth may not be the only villain Cloud and company have to contend with moving forward, but they may also have a lot of help from another SOLDIER if Zack truly is around.