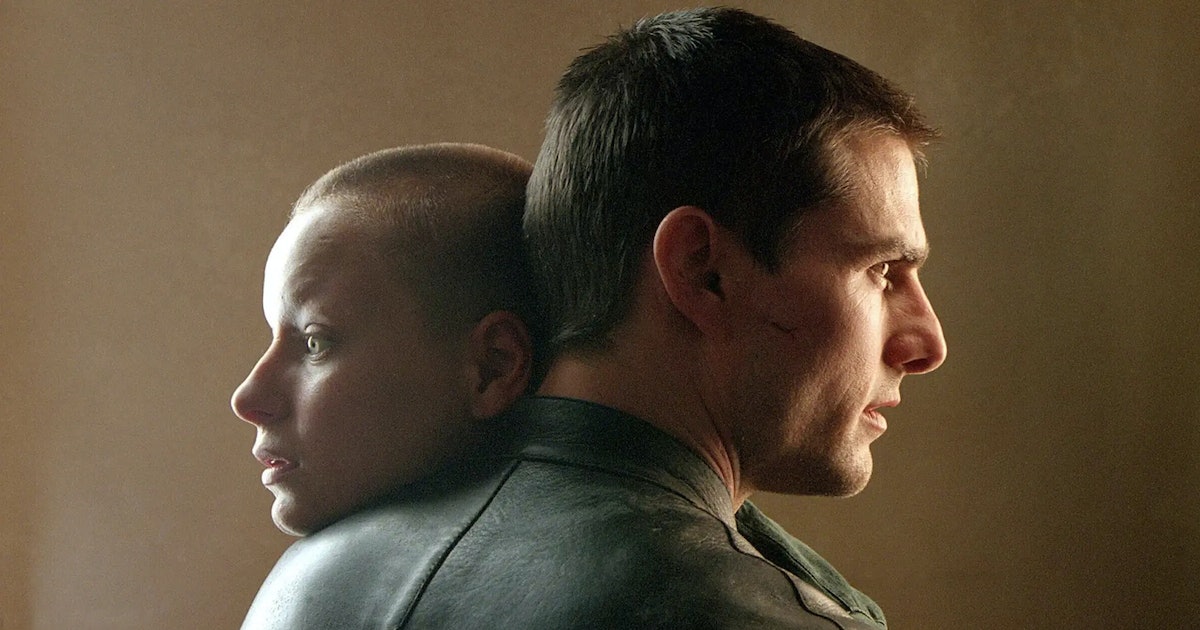 Think of Minority Report and your mind’s eye probably conjures up Tom Cruise wildly gesticulating as he moves computer “screens” through thin air—a futuristic version of VR we’re only just starting to glimpse through awkward plastic headsets. But the storyline that drives the film (and the original short story it’s based on) — a breakneck good-guy-versus-government-corruption battle fueled by state-sponsored paranoia — means Minority Report has never felt more relevant. And as a result, often imitated.

Minority Report, based on a 1956 short story by Philip K. Dick, is set in 2054, in a future where Washington D.C. is monitored by an experimental law enforcement division known as the Precrime program. Its goal: prevent murders by knowing when they’ll happen. That all hinges on the abilities of three humans, known as “Precogs,” who are capable of looking into the future. Precrime officers act on the Precogs’ visions, arresting supposed murderers before they get the chance to act. The system seemingly works until the Precogs mark commanding officer John Anderton (Tom Cruise) as a future murderer, and he’s forced to go on the run. In the process of trying to clear his name, Anderton spars with Colin Farrell’s Danny Witwer, a rival government agent, and discovers a dangerous conspiracy hidden in Precrime’s history.

Given it was directed by Steven Spielberg, there’s little surprise that the film itself continues to hold up. Minority Report is as entertaining and technically brilliant as anything else the Jaws filmmaker has created. It moves at a breakneck pace and features standout performances from Farrell and Samantha Morton (as Agatha, the most adept of Precrime’s three Precogs). It’s worth revisiting just for its stunning one-take aerial sequence. The now-iconic scene, which unfolds about halfway through the film and follows the Precrime’s Spyder robots as they scan the various residents of an apartment complex, is one of Spielberg’s more jaw-dropping visual moments.

What makes Minority Report feel relevant now, today, is the paranoia, stoked by a deep distrust of Big Brother, that underpins the film. In a post-Snowden world where both the U.S. government and private businesses alike gather more information about American citizens than they ever have before, Minority Report’s concerns no longer seem like science fiction so much as present-day fact. Even in relation to the ubiquity of target marketing and social media algorithms, the film can read as a warning against technologically-enhanced assumptions in the hands of institutions who keep promising that it’s all for our benefit.

What’s more, Philip K. Dick’s depiction of “pre-crime,” brought to life by Spielberg, has clearly lodged itself in the minds of Hollywood filmmakers. Even Marvel has borrowed the “What if you could stop crime before it happened?” premise twice now. First for 2014’s Captain America: The Winter Soldier, which revolves around a government plan to preemptively target potential terrorist threats, and then again in this year’s Moon Knight. The central antagonist in the Disney+ series is a cult leader intent on dispatching anyone who his deity believes may one day hurt another person.

The result is that, 20 years on, Minority Report — the story and the film — is something of a triple threat. It’s quietly influential. It’s an underrated entry in Spielberg’s career. And it’s enduringly relevant, increasingly so, year after year.