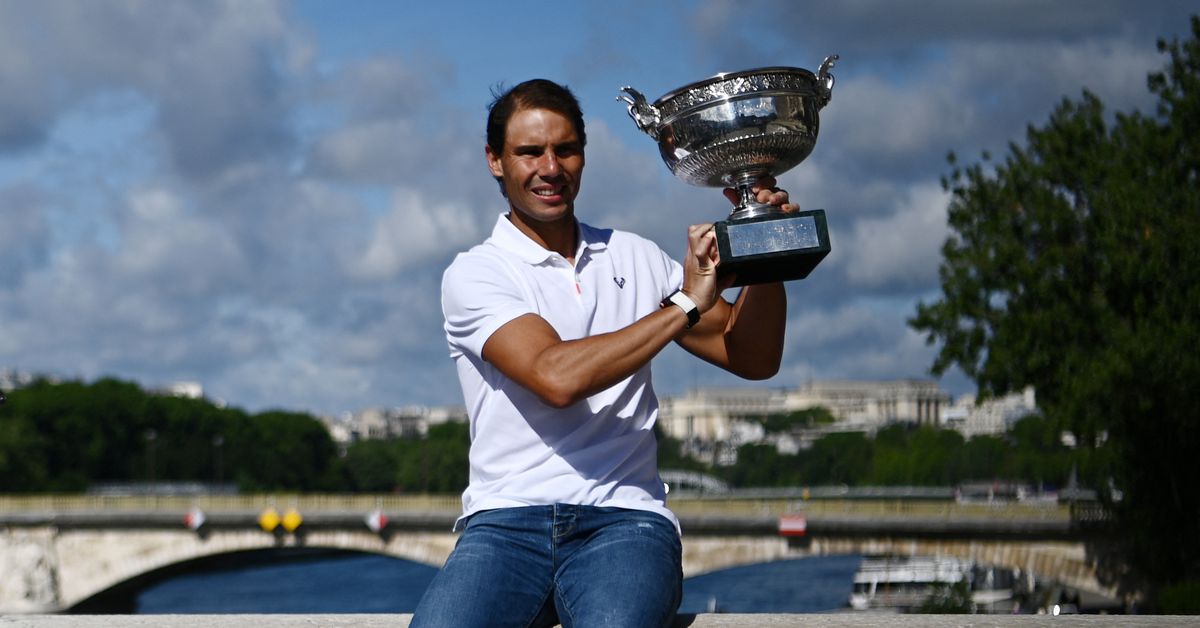 There was nothing that needed to be cemented in Nadal’s legacy at this point. There’s functionally little difference between a 13th French Open win and a 14th, other than Nadal separating from history even more. Nobody will ever, ever come close to Nadal’s Open Era titles at Roland Garros, and that was true before Sunday and even more after it.

Nadal has built a monolith out of his success. Molding the French clay into an edifice of brilliance so imposing that it would take impossible bravery (or stupidity) to even attempt to scale it and conquer the record. Prior to his arrival in 2005 only seven players had ever won more than one French Open, the greatest clay player of all time prior to Nadal, Bjorn Borg, won six titles in the Open Era. Even before Sunday Nadal had more than doubled it.

Nadal didn’t just master the clay, it was a part of him from the beginning. An estimated 84 percent of tennis courts in Spain are clay, and it’s a surface he grew up training and competing on. It’s this element, paired with his natural skill to handle the technical, slower paced surface that took a brilliant tennis player and turned him into something else. A master not only of the game, but the elements — becoming one with the surface in a way we just haven’t seen with any other player in the history of the sport.

Beyond the championships is his insurmountable record. Nadal is now 112-3, a win percentage of an astonishing .973. No athlete in the history of any sport has seen dominance in one venue like Rafael Nadal has, and it’s not even remotely close. It’s difficult to adequately map an individual athlete into a team sport, but here’s an example of just how pronounced a .973 win percentage is inside a specific venue.

You can pick an athlete, choose a location, and you won’t find anyone who comes close to Nadal — especially among those who competed in the same place over 50 times. That’s before we get to the difficulty in dominating clay over all those years. It’s an impossibly difficult form of tennis that’s so far removed from grass and hardcourt play that it’s almost its own sport.

It’s unclear what happens next. Nadal seems resolute that he wants to continue playing, but injury and age are taking their tolls. There was some speculation he might announce his retirement after winning on Sunday, but instead he used his victory speech as a commitment to keep playing — at least at Roland Garros.

Whether 2022 is the end of an era, or simply a continuation of dominance, nobody in the history of tennis — or even sports, will own a location like Nadal has.